Album Review: Big Star – Nothing Can Hurt Me 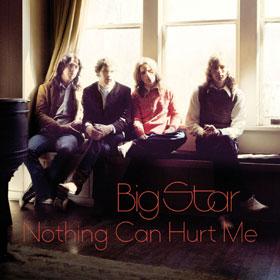 On paper, it reads like textbook case in how not to succeed, how not to make a mark in musical history: release your debut on a label rife with distribution problems; have one of your two main songwriters leave before the second album is done; record a gauzy, downbeat and decidedly noncommercial third album with only two members left; and then fade away into even greater obscurity.

So it was, however, with Big Star, the Memphis-based band who would go on to exert incalculable influence upon music. In that sense, they can be thought of as a sort of pop answer to The Velvet Underground, another group whose influence far outstripped their modest-to-nonexistent commercial success.

If you don’t know their story, help is on the way: a new theatrical release Big Star: No One Can Hurt Me opens in theatres nationally this month. The film chronicles the star-crossed story arc of the band featuring Alex Chilton, Jody Stephens and (on the first album) Chris Bell. Perhaps not as tragic as the story of Badfinger, Big Star’s story is nonetheless filled with what-ifs. They made some of what would turn out to be most enduring music of the era.

And if you don’t think you know their music, you probably do, at least a little: a slightly-altered Cheap Trick cover of their “In the Street” (originally from 1973’s #1 Record) served as the theme for the TV series That 70’s Show, and The Bangles‘ cover of “September Gurls” (from Big Star’s 1974 Radio City LP) was a hit in the 1980s.

One might think that the musical vault had been exhausted. After the first two albums (released on Ardent and distributed by the troubled Stax label, making them tough to find in their original vinyl incarnations*), their third record (Third/Sister Lovers) was a fractured affair; no definitive release exists, and each successive reissue has jumbled the running order and track selections. Single-CD reissues of the first two albums sometimes added a radio edit or two. And then in 2009, the indescribably wonderful 4CD set Keep An Eye on the Sky brought together 97(!) tracks of unreleased/remixed/edited material, including an entire live Big Star gig (albeit before a largely disinterested audience who couldn’t have known how rare an experience was theirs).

But there was (or is) more, indeed. The soundtrack accompanying the new film presents 21 more previously-unissued tracks, featuring Big Star, the embryonic band version called Rock City, and a solo track each from Chilton and Bell. The remixes are revelatory, showing that not only were the albums beautifully recorded (at Memphis’ Ardent Studios), but that the master tapes hold all manner of depth and nuance. The remixes peel back the layers of what were incredibly clean recordings to begin with, displaying heretofore unheard details. Boosting of instruments and (one supposes) bringing mixed-out details to the fore, these versions are not merely curios of interest only to those who obsess over studio outtakes; they’re in many cases possessing of a totally different feel. Speaking of which, “Feel” is stripped here of its transcendent horn section, leaving a gentle beauty in its place. 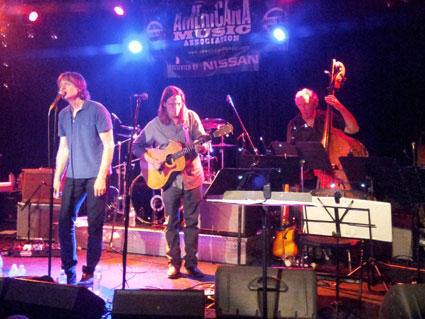 “Way Out West” is missing (to some degree) its lovely guitar solo, but it maintains a different sort of grandeur, especially with Stephens’ fragile lead vocal presented with greater clarity than on the original.

And it’s hard to think of what the producers might do with a remix of “Thirteen,” as the original is a model of spare aesthetic to begin with. But it too is lovely. The Yoko Ono nick of “Holocaust” sounds even spookier, somehow, than the originally-released mix, thanks to more prominent audio placement of the yawning cello.

As far as actual songs that Big Star fans won’t have heard, only Chilton’s solo “All We Ever Got From Them Was Pain” qualifies, but in its own way, that track is every bit the equal of the other 20 tracks on the set. So don’t be misled when you recognize the song titles: by no means is Big Star: No One Can Hurt Me a redundant collection. It’s essential for the Big Star fan, along with the three original albums, the 4CD set, the Big Star Live CD (a 1992 release of a 1974 radio broadcast, and the first CD I ever purchased) and Norton’s Nobody Can Dance.

With all of this music chronicling little more than two years’ time, it’s safe to say that this set is the final (audio) word from Big Star. The film – produced with the cooperation of Stephens (the only surviving member of the group) and with the help of friends and fans – serves to provide the definitive audiovisual document.