Home  »  fusion • instrumental • interview • jazz • new release   »   You Can Be Who You Are: The John McLaughlin Interview, Part 4

You Can Be Who You Are: The John McLaughlin Interview, Part 4

Bill Kopp: Speaking of playing onstage, how do the live pieces differ from the studio versions? Do you open them up for improvisation, or are they tightly structured?

John McLaughlin: Oh, yes! The minute we start playing. They even change in the studio; take 1 could be different from take 2. And onstage, they change every night. Of course we have to adhere to the structure, but we use the structure as a vehicle, a springboard, in a way. 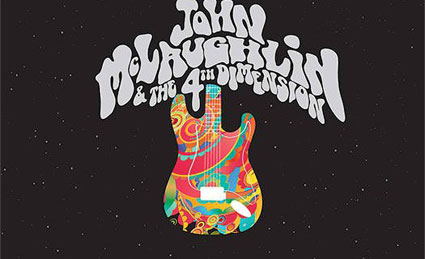 But depending on the feelings of the musicians, you never know what kind of night you’re going to have. You could feel really perky, really “Wow, I feel good tonight,” and go onstage and play like a dog. And you can go onstage all tired: “I just want to go to my hotel room and sleep,” and you can have a fantastic night. It’s so unpredictable that all we can do as musicians is to be ready when inspiration comes. And not only be ready, but work at your instrument. This is the whole point of the life dedicated to your instrument and to music. Inspiration is the one thing nobody has control over. But as long as you’re ready, then that’s cool.

BK: Do you delve into your substantial back catalog on these dates, or are you concentrating solely on the newer material?

JM: No, we do stuff that goes way back. Strangely enough, I was looking at a couple pieces today, one going back to the Mahavishnu [Orchestra] days. I had gotten a link to a YouTube of Jeff Beck, who…ooh…has got to be my favorite guitar player of all time. And he did a version of “You Know You Know” [from The Inner Mounting Flame] recently, and somebody sent me a clip. He had turned the beat around.

That was about a week ago; I’m going to send Jeff a little clip, and tell him, “This is where the one goes!” [laughs] But it’s beautiful what he does; Jeff is crazy. 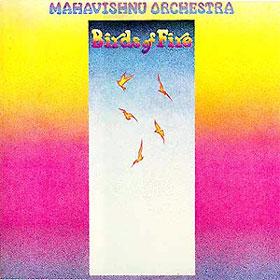 But since I saw that, I though, “Hmm…we could play that tune, too!” And then I thought of a tune that goes back to Birds of Fire [1973], one called “Miles Beyond.” Both of those tunes have been sampled by rap artists, if you can believe it. Mos Def took “You Know You Know.” And it’s really nice what he did; I like it.

I haven’t even thought about what songs will be in the show; I’ve got to talk to the guys about it! I’ll ask them, “Are you interested in this tune?” Because I want them to be comfortable, too. But we’ve got tunes from the 80s, the 90s, and even a tune that’s not been recorded yet. We’re doing a really broad spectrum of material. Hopefully there will be something in there for the majority of people.

BK: I know you did a lot of session work back in the sixties, and you might not have any particular memories of one-off session dates…

JM: Oh, I do. In the sixties, I was a studio shark. Eighteen months; that’s all I could take. It almost killed me. And of course in those days, in the studio everybody was there: the star, the backup vocalists, the orchestra, the brass, the rhythm section. And I played so much garbage it was shameful. But I had to survive. 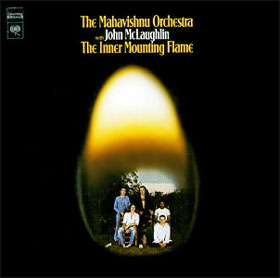 BK: I’m something of a hardcore fan of obscure sixties recordings, and there’s one on which you have rumored to play, so I’d like to ask you about it. The artist was called Biddu, the song was “Look Out Here I Come” from 1967. Supposedly the lineup was you, Jimmy Page, Nicky Hopkins and John Paul Jones. It was on Regal Zonophone and produced by Tony Visconti. That’s a lot of big names helping out an unknown.

JM: Yes, that was me. We did a whole lot of stuff for Tony Visconti.

You know, I used to teach Jimmy guitar, a long time ago. I was 18 and he was about 16. And John Paul Jones, I taught him harmony, too. We were in an r&b band called Herbie Goins and the Night-Timers. We were doing James Brown covers.

But for special recordings, we’d get called for those. And we all knew each other, and we’d do what they wanted: “A little more toppy, please!” “A little more chunky guitar, please!” All right, coming up, I’d say. I’d hit the “chunky” button. [laughs heartily]

We go back a long time. We’re all old hippies, Bill. But that’s how we made a living. It was tough; making a living as a jazz musician in those days? Forget it! I was playing jazz, but I was making five bucks.

BK: “Look Out Here I Come” is a pretty good pop song. It’s very obscure, but it’s the kind of thing that – in retrospect – sounds like a hit, even though it certainly wasn’t.

JM: No, no…I had some very nice experiences. They weren’t all crummy. [laughs] I did [music for] a movie with Burt Bacharach, with orchestra. I used to do Tom Jones‘ things, like “What’s New, Pussycat?” I did Dionne Warwick‘s recordings when she came to the UK. The Four Tops, Wilson Pickett…some nice people in there. Some nice rock’n’roll, soul and r&b singers there. The problem was that those were the great ones, and a lot of the rest were…rubbish. So after eighteen months, I quit, and I became poverty-stricken again. But I was happy. I was doing my music, and I survived. And I’ve never regretted it.

John McLaughlin and the 4th Dimension will be at Asheville’s Orange Peel on June 13, and at the Bonnaroo Festival the following day (June 14). See you there! — bk