Home  »  fusion • instrumental • interview • jazz • new release   »   You Can Be Who You Are: The John McLaughlin Interview, Part 3

You Can Be Who You Are: The John McLaughlin Interview, Part 3

Bill Kopp: This is an obvious thing to say, but since instrumental music has to convey its messages without the benefit of lyrics, it has to do so using tone, volume, melody, harmony and so forth. When you compose a piece, do you think about it in extramusical terms – that is, in terms of the emotion or feeling that it is meant to convey? And how do you set about getting that across to the listener? 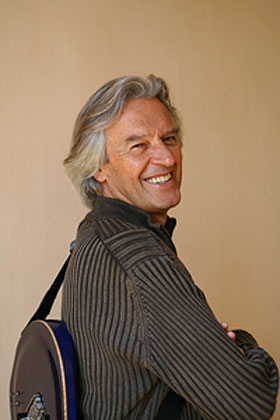 John McLaughlin: I don’t really do anything; the music is what does it. In a way, it’s frequently like dictation. I’m just sitting there, and the music will come and say, “I want to go this way.” It’s a very peculiar – and lovely – experience. And until now – and God bless it – the music still comes. Because once it stops, then [laughs] the party’s over!

You take risks with instrumental music – especially so if it’s complicated – you take the risk of alienating your audience. But that’s part of the deal; nobody said it was going to be easy.

Anyway, I grew up with classical music; I listened to it a lot. And not just classical. Coltrane‘s A Love Supreme. This record was recorded in 1964, and came out in ’65. It took me a year of listening to hear that album! To hear, and feel, and understand what that guy was doing in music. It was amazing. That was a real labor of love. When I first put that record on, I thought, “What is going on here?” But I knew that he was right, and that I was just too dumb to understand and appreciate what he was doing. I persevered, and after a year, finally I said, “Oh my! That’s it! Genius! Wow! What beauty!” And all that effort was worthwhile, because suddenly the listener is allowed into his world. And it a marvelous world, one of beauty and depth and color and animation. And those words don’t even do justice to what the music was saying to me.

My whole life, I’ve been assuming responsibility. And I have some irate mail: “Why did you do that?” or “Why don’t you do this?” And what can I say? You’ve got to go with the flow. It’s okay if you don’t like it; I’m just being myself. And as long as I’m being honest with myself, I think I’m cool with everybody.

BK: To many people – especially those who don’t actively listen to jazz, fusion or progressive music, time signatures other than 2/4, 3/4 and 4/4 sound – and more significantly – feel “odd.” Why do you think that is, and why don’t they feel odd to you, do you think? 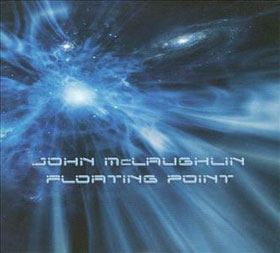 JM: But they are odd. Even 3/4 is odd. Because they’re odd numbers. The thing is, I’ve always had a fascination for different rhythmic cycles. Now, don’t ask me why, because I don’t have an answer for you. Of course having studied under Ravi Shankar in the 1960s and 70s – and all of the experiences I’ve enjoyed with some of the great Indian musicians who are masters of rhythm – this helped me a lot. I even did a DVD on how to master rhythms, with one of the rhythm players in Shakti.

But pop music, you go out of 4/4 and you’re already in trouble! But you go into central Europe, whether it’s Bulgaria or Romania or Hungary, and these folk musicians – unbelievable musicians; I know, because I’ve seen them and heard them – are playing in all kinds of time signatures. So it’s just the conventions of western music, and particularly western pop music, that make those things seem so odd.

But if you look at the young jazz musicians of today, they are playing in 5/4, 7/4, 9/4. Even Sting did a thing in 5/4! And it’s not bad, is it? Once people get used to those time signatures, they can really enjoy it. Because it has a different effect on the body, on the mind-body complex or whatever you want to call it. As a result, it gives a different experience. And if you can follow it, then it can be a very satisfying experience. I can personally guarantee it. But you do have to make some effort. And in this world of instant gratification, people are a little less ready to make that effort. 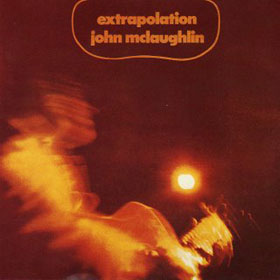 BK: Extrapolation came out in 1969; I have it on vinyl. So your musical career has been going on for about 45 years. Within the idiom of rock’n’roll, there’s long been the idea that it’s a young person’s game. Not so, thank goodness, in jazz, blues and other forms…

BK: How do you think that your playing has changed over the years, and do you plan to continue playing, recording and performing as long as you can?

JM: I think it’s all down to love. I love the guitar. I love my guitar; I love all guitars. That’s my instrument; I started off on piano, but just by chance a guitar came into my hands when I was ten or eleven. And it’s never left them; I always have a guitar near me. And I play every day, just because I love to play. It’s as simple as that.

The fact that I’m still going at 71 – which is a mind-blowing number; I’m already in the biblical realm! – it’s amazing. Because I’ve lost friends over the years, of course. People younger than me. And here I am. But as long as I can play…not just play. Because in a way, I feel I’ve never played better than at this time in my life. Maybe because of experience, maybe I’m maturing, but I don’t know about that.

But you be the judge. You come see us at Asheville [or Bonnaroo]. And I’ll let you tell me: how did we grab you? Personally, as a player and a human being, I’ve never felt better.