Bill Kopp: I have to admit that – like a lot of people – I don’t actually own, and haven’t even heard the late-period Rascals albums Peaceful World [1971] and The Island of Real [1972]. What I have read about them, mostly in critical-reassessment-type reviews, is that they’re not at all like the earlier Rascals material, but that they’re underrated. It seems as if they might be seen as transitional albums, bridging from the Rascals of old to your solo career. How do you view those albums? Where do you see them fitting? 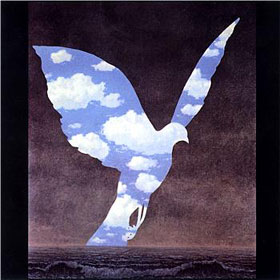 FC: I think that’s very well-put. The freedom we had, it sort of hit us in the face. And we got a little too carried away with some of the arrangements. Really lettin’ it out, man. But what I did…what we tried to do was…the group had split up. It was a really sad occurrence, because Dino was my partner, co-writer, my voice, the real Rascal. When Dino left, the whole thing got shifted to a kind of different entity. A different creation. We thought, “This is more of a business now.” Especially being on Columbia, [The Rascals left Atlantic for Columbia after their final LP for the former, 1971’s Search and Nearness. – bk] which was all business.

Gene [Cornish] …a very very very strange circumstance of how we lost him from the group. Dino, really, at that time, did not want him to be around. Because he wasn’t pulling his weight. He had kind of let his guitar playing down. So it was down to just Dino and myself. So to supplement the band, I went out and had auditions. And I found some great people. I mean, oh my god. Buzzy Feiten on guitar, who is a legend. He was all strung out, though, so that was a problem. He was not on this planet very strongly. But he could play. We also had Bob Popwell, who ultimately went with the Jazz Crusaders, and was really good. He’s living down here [Nashville], and he’s a preacher now.

And instead of trying to emulate the male vocals part of it, I went and got females. How in the hell was that the best idea…I probably shouldn’t have done that. But anyway, we had all that freedom. 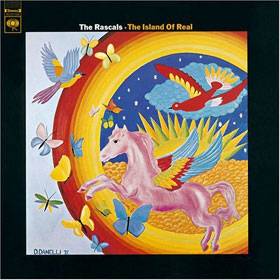 But we didn’t have Arif, now. That was a loss. A big loss. So I had to totally arrange things, get down to a different place. And I really pushed it toward a jazz world. Like what Santana was doing, like Chick Corea. I wanted to go that way. And when I pushed it, it freaked people out. Because there was also a lot of spirituality on the record. There was a lot of …maybe it was overdone. And at the time, we didn’t recognize where the line was, this imaginary line that we hadn’t discovered. We went from too-hip to too-square. We should have pulled it more to the center.

But that album – The Island of Real – in Japan, it was a smash! There was an opportunity [in Japan] when CDs first came out, to make any album that was analog into a CD. And they actually manufactured a CD of Peaceful World. Immaculate quality. It never really sold that well [Billboard #122 – bk], but it was a really good band, and I really think that album did us justice.

But many albums don’t make it, you know. The Island of Real [Billboard #180 – bk] wasn’t marketed well.

BK: sometimes a record is ahead or behind its time. A certain sound falls in or out of favor. There’s a lot of luck involved. 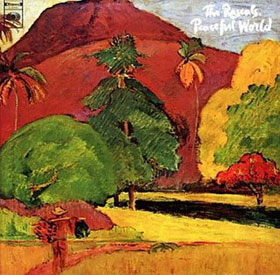 FC: Absolutely. I hear that word so much. You have to be at the right place at the right time. If it happens once in your life, you’re very fortunate.

BK: After many, many years not playing together, the original Rascals foursome has reunited. Can you tell me a little about the events that led up to that initial reunion, the April 2010 Tribeca Grill gig in New York?

FC: Well, I can only tell you from my point of view. It’s an interesting thing, how it happened. One of my children – and when I say “children,” I’m talking about adults, of course – developed breast cancer. I found out about this becoming a serious thing, and then three days later I got a call from Stevie Van Zandt asking me to take part in a Rascals reunion for a cancer benefit [for Kristen Ann Carr].

FC: Yeah. I know. And I said, “There’s no way I’m gonna say no to this.” And the benefit…how can I say this…I met so many wonderful people there. Bruce Springsteen. Some of the best contacts, the best musicians in the United States of America. Paul Shaffer played, Bob Clearmountain ran sound. So there was no way I wasn’t gonna do that.

BK: So between the four of you, did any fence-mending occur at that show?

FC: I think so. Especially in the case of Gene. Gene had been extremely ill; he’s a survivor. He had some really serious health issues over the last five years [prior to that show]. We’re very fortunate that he’s here; he’s had two heart bypasses, colon cancer…oh my god.

He’s taken a completely new lease on life. He’s a completely changed individual; he’s so thankful. And he’s got the same desire that most musicians have: he loves to play, and looks for any excuse to do it.

I think that show was a good thing for everyone. We rehearsed for three days; after all those years, we only had three days to put a whole show together, to play for an hour. And it was tedious; it took a lot out of me.

If you know anything about all the aggravation that’s gone on between us all these years, none of that mattered. And hopefully, the end of this story will be as good as the beginning.

BK: Last question. How would you like The Rascals to be remembered?

FC: You mentioned earlier that when you saw us play, people in the audience had tears of joy. That’s how: tears of joy.