Bill Kopp: The song “Love is a Beautiful Thing” is one that has always really knocked me out. It has a really subtle yet powerful riff; those four chords. And it makes really effective use of the spaces between the notes. As far as the arranging of that and other songs, was it a collaborative process for the band, or did whoever wrote a particular song say, “Okay, guys: this is how we’re gonna do it?”

Felix Cavaliere: There wasn’t much collaboration, really. I wrote the songs and then pretty much brought them in, at first, to Arif. Then he and I would sit down and pretty much hash ’em out. 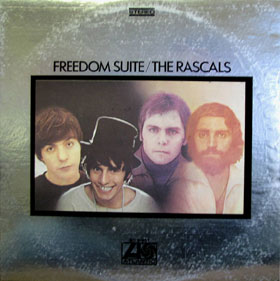 That particular one was an exception, though. I had had that riff , and brought it in , and played it live in the studio. So it sort of evolved. But most of them, I wrote them at home and brought them to Arif. Because…you get to a point…there’s a very fine line in groups; you have to be very careful. This is where groups break up. You know what you want this thing to sound like. And when you get other people’s input on that, it gets very tricky. And the more you put in there, the farther it goes for the original thought. And sometimes you have to say [to yourself], “Okay, I’m not a solo artist. I’m part of a group. I’ve gotta be careful here, because I don’t want to offend people. But I sure as hell don’t want then treading on my territory!”

BK: I suppose if you’ve got in mind that a song’s supposed to be syncopated, and the drummer wants to play a straight 4/4, you might want to say, “No no no…that’s not what’s in my head.”

FC: You know exactly what I’m talking about. It becomes very difficult. I worked with an artist, Laura Nyro. I produced an album for her. Arif and I did Christmas and the Beads of Sweat [1970]. She was a dear friend of mine. But – ah! – you could not change one note of her music. We had to bargain with her; we had to con her into changing some things. She adored us so much that she would not offend us twice. So we always made sure that the second idea that we had was [roaring laughter] the one we really wanted!

No, seriously. She wouldn’t let you touch her music. So between that kind of eccentricity and obstinacy, and being in a group…that’s where I found myself. You gotta tap dance. I’m not tootin’ my own horn, but when I wrote a song, I knew how I wanted that thing to end up. Very close. And that’s where trouble starts in a band: how do you do that.

BK: I have a couple of bootleg recordings of The Rascals live. One is from the Hollywood Bowl in 1968, and another is from Honolulu in ’69. And one thing that amazes me is how closely you were able to hold to the sound and the arrangements – and the feel – of the studio versions. Even on these unofficial recording that were clearly not meant for release, there’s plenty of tone color in the performances. Especially the bottom end. Did you ever use bass player live, or was it always you on [organ] pedals? 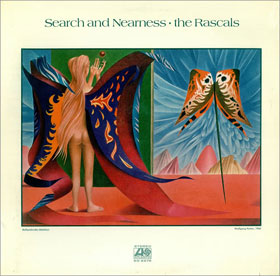 FC: We never used bass players live; we just never got around to finding the right person. Our schedule was totally chaotic in those days; our success happened quite rapidly, and we were totally unprepared. And so we were never able to put that part of the thing together.

So we covered the bottom frequencies in two ways. Number one, I kept trying to make different electronic connection to make the bass notes come out separately from the organ. And number two, Dino’s bass drum. He tuned it a different way so that it would have more frequency that blended into that area. And it’s interesting – we worked together a few weeks ago – he still tunes his drum like that, even though now we have a bass. But it’s a booming sound on his bottom end. It’s really interesting how people’s ears hear things, you know?

BK: So those recordings I mentioned…are you familiar with those?

FC: No. No I’m not. I cringe when I hear us on live recordings! [laughs] I guess I’m getting too much into the let’s-make-it-perfect world.

BK: Some – not all, certainly – but some reviews I’ve read over the years sort of rag on the Freedom Suite [1969] album as being overlong and on the indulgent side. And I really, really don’t agree with that. First of all, it was 1969, and the Beatles had just a year earlier put out an album with “Revolution 9” on it. So from my standpoint, pushing the limits of what did and didn’t “belong” on an album was the order of the day. And I think the song “Cute” holds up really well. 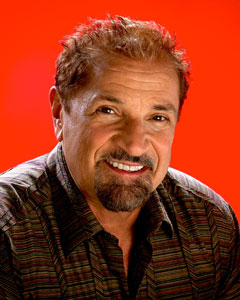 FC: We happened at a time when there was a change taking place between AM radio and FM. The AM world has sort of returned now, which is so odd. But we used to agonize, to take a song that was over three minutes long and make it short enough for AM radio play. That’s what it used to be like; you had to get that [song’s length] under a certain time, or they weren’t gonna play it. Number two, there was a limit to how much music would fit on a vinyl record. Add too much, and the volume started going down.

So as things changed, things became more and more open. And we wanted to stretch the time a little bit. And you might have a tendency, of course, to overdo it. I spoke to Paul McCartney a couple of years ago when he was on the road. And he said, “Y’know, man, do you realize how young we all were back when we were doing all that?” We were babies! Kids! We were kids in charge of a major – or at least a minor – corporation. What, are you kidding me?! [laughs] What the heck did we know? Nothing! We were wet behind the ears, but making decisions.

But it was a lot of fun. I’m so happy and proud to have been a part of that time period.