Here’s yet another in my occasional series of capsule reviews; once again I had a huge stack of CDs deserving of review, but time doesn’t allow for full-length reviews of everything, and these were in danger of gathering dust. They deserve better. As per usual, my self-imposed limit for this particular exercise is 150 words on each album. 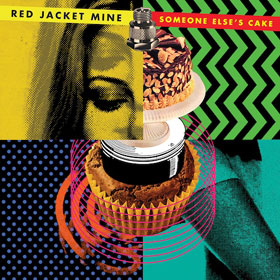 Red Jacket Mine — Someone Else’s Cake
I don’t like to quote from the one-sheets that often accompany review CDs, so I won’t. But I’ll agree heartily with the angle taken on the one-sheet for Red Jacket Mine‘s album: this is an act that’s hard to pin down stylistically. Some retro elements (combo organ textures) are folded into the modern-feeling songs, but overall there’s a classicist approach that reminds (albeit not overtly) of the best AM radio rock of the 70s. Someone Elses’s Cake sounds like a record full of hits’ at least it will to those who came up in the 70s. It’s the kind of thing that can (and should) appeal equally to those with and without any sense of musical history. Because in the end, good songs and good arrangement are timeless qualities. Often those qualities are in short supply, but not here. Consistently entertaining, this will stick with you long after it’s done. 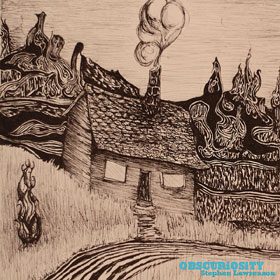 Stephen Lawrenson — Obscuriosity
Here I go on another mini-rant about album packaging: the red-herring cover art says “Americana” but the music says…well, it screams “rawk!” Claustrophobic production technique doesn’t always work, but it suits Stephen Lawrenson just fine, and gives his power-chording ravers an up-close and personal feel. Those creamy harmonies serve a nice counterpoint to the crunchy, distorted guitars: think of Smithereens‘ balanced and effective approach. The short, snappy songs pack a wallop; while spinning Obscuriosity, listeners may think of Owsley, Redd Kross, Greenberry Woods and other from the class of Early 90s alt-powerpop. Lawrenson is a one-man-band here, but the results sound organic enough that you’ll be happily fooled into thinking the album is the work of a four-on-the-floorsome. I have a strong feeling that this CD is going to get quite a few spins, especially in my car stereo: it’s very much that sort of album. Strongly recommended. 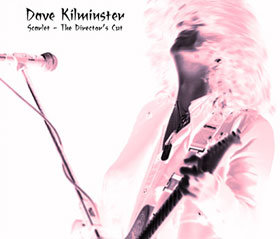 Dave Kilminster — Scarlet – The Director’s Cut
As Eric Clapton and a few other aces have shown, a guitarist can bend one’s guitar style to the needs of another artist – say, Roger Waters – while maintaining one’s own musical personality. Dave Kilminster has done this. On his solo album, he purveys a vaguely funky (but stridently rocking) direction. Other than bass, drums and string sections, it’s all him. His vocal range allows him to go from the lead parts to some soaring bits all within one song. The funkiness is of a Red Hot Chili Peppers sort, but with a stronger sense of melody. His axework is generally out front – the songs are often built around powerful riffage, such as on “Static” – but not in a showoffy way. When he heads for softer territory (see “Just Crazy”), he shows a pleasing subtler side, but it’s on rockers where he’s at his best. 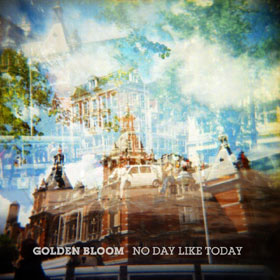 Golden Bloom — No Day Like Today
I reviewed Golden Bloom‘s last EP in 2011, and while I rarely allow indie acts a second drink from the well – there’s simply so much else to cover – No Day Like Today is engaging enough to merit an exception. Last time ’round we got six songs; this time, five. But they’re chiming, appealing tunes that balance wistfulness, melancholy and an overall sunny disposition. There’s a welcome, introspective maturity on “Deliver it for Me” that shows this group has plenty of range within their chosen approach. “Shadow of a Man” combines campfire vibe with a punky attitude, and the result is neither Americana nor pop-punk; it’s simply good. Usually on an EP an artist trims away any filler, and that’s what Shawn Fogel and his bandmates have done here – but if you put this together with the last EP, the result is a pretty strong album.