Here’s yet another installment in my occasional series of capsule reviews; today it’s Latin psych, comedy, rock’n’roll and country, and pop. I had a huge stack of CDs deserving of review, but time doesn’t allow for full-length reviews of everything, and these were beginning to gather dust. They deserve better. My self-imposed limit for this particular exercise is 150 words on each album. 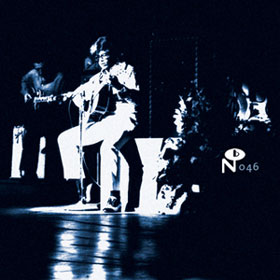 Alfonso Lovo – La Gigantona
Count on the Numero Group for fascinating, outside-the-box releases of previously-ignored music. Their Buttons powerop compilation, their reissues of rare material by soul/r&b artist Lou Ragland, and The Boddie Recording Company, and funksters Father’s Children all brought obscurities out of undeserved shadows. And those are just a few. One of the latest is La Gigantona. Originally slated for release in the mid 1970s, this album by Nicaraguan Alfonso Lovo was a victim of that country’s political unrest. Will it sound to untrained ears like Santana? Sure, it will. The presence of percussionist José “Chepito” Areas will only reinforce that sonic connection. But there’s a psychedelic weirdness here – treated vocals, out-there guitar – that moves well beyond Santana’s bag of tricks. Rescued from the sole surviving acetate of the finished album sessions, La Gigantona is a funky, Latin psych-flavored disc that may conjure “what ifs” in your mind. 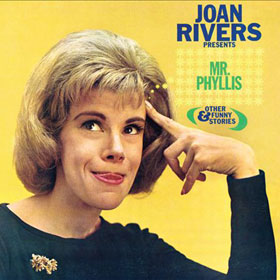 Joan Rivers – Presents Mr. Phyllis & Other Funny Stories
It’s the rare comedy record – The Button Down Mind of Bob Newhart, for example — that sounds as fresh today as in 1962. Joan Rivers started her stand-up career (these days, when she’s known more as a “personality,” we forget she ever had one) back in the mid 60s, and her debut LP has been reissued by the eclectic sorts at Rock Beat. While a lot of her humor here is built around the subject of her hairdreser (the Mr Phyllis of the title) her approach is surprisingly non-homophobic. Remember, this was 1965. The material is delivered in a well-timed, manic style, and Rivers deftly riffs off the audience’s reaction to her jokes. The absurdity of the gags – bits about wig farms and such – is pretty goofy, but there’s a sly and subtle wit to her material that might pass you by on the first listen. 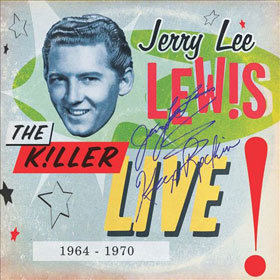 Jerry Lee Lewis – The Killer Live! 1964-1970
Fleshtones biographer Joe Bonomo authored a rhapsodic book-length mash note to one of music’s all-time great albums, Jerry Lee Lewis‘ landmark 1964 LP Live! At the Star Club. Jerry Lee Lewis: Lost and Found is required reading, irrespective of how you feel about Lewis. Recently Hip-O Select collected that album with two other live Lewis documents: The Greatest Live Show on Earth (1964) and Live at the International Las Vegas (1970). While the second ’64 LP certainly suffers in comparison to the German concert, it has its moments, and a bunch of outtakes rise to a similar standard. By the time of the Vegas gig, Lewis had figured out where the money was (hint: country and western), but even it is worthwhile. Sixty live tracks is a Whole Lotta Lewis, but at least a full third of it (and possibly half) is some of the wildest stuff you’ll ever hear. 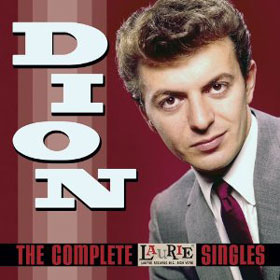 Dion – The Complete Laurie Singles
Real Gone Music continues a tradition its founders began at their old label (Collectors’ Choice Music) of putting together career-spanning singles collection of pop artists. For completists, these can’t be beat: nearly always sourced from the master tapes, there’s excellent mastering, transfer and fidelity to be found. And since we’re talking about singles, any number of non-LP sides appear, sometimes making their first appearance in digital format. Dion DiMucci – known in those teen idol days simply by his first name – enjoyed some well-deserved hits through his time on Laurie (a period that nearly extended to both ends of the 1960s), but nearly all of the hits came in the pre-Beatles era. Of course “Runaround Sue” and “The Wanderer” are here, but too are some interesting late-period pieces including a bizarre reinvention of Jimi Hendrix‘s “Purple Haze” (#63 pop) that sounds more like Arthur Lee‘s Love.