Yeah, everybody does their “Best of the Year” lists. Why should I be any different? Well, partly because I can’t help it. My own tastes are decidedly outside the mainstream. But I’d argue that my favorites belong in the mainstream, because they’re that good. In fact most of my top twelve releases of 2012 are tuneful, accessible pop (in its classic sense) music. And the ones that aren’t (a bit of prog, some jazz, some instro-surf) are equally compelling in their own ways.

Now, my list doesn’t include the oft-discussed new release from Mumford & Sons and so on. Not to take anything at all away from that record any many others, but if you want to read about them, there are plenty of (other) places you could go. Plus, do you really need convincing about that music one way or another? I thought not.

So instead I present my top twelve releases for 2012, skewed toward music that (a) you probably haven’t heard, (b) might not even know about if I didn’t bring it to your attention and (c) is worth your time. And to support (c), I’m providing handy-dandy links to my original, detailed reviews of each record.

Steve Barton – Projector
As a member of San Francisco-based Translator, Barton was responsible for some of the better unjustly-ignored music of the 80s, though “Everywhere That I’m Not” got some chart action. His solo album is an altogether more personal affair, with shades of David Bowie at his very, very best.

The Corner Laughers – Poppy Seeds
I write quite a bit about the amazing pop factory that is Mystery Lawn Music. So far, they seem to able to do no wrong (the album by MLM labelmates Hollyhocks nearly made this list, too). But The Corner Laughers combine the best of sunshine pop (think: Spanky and Our Gang) with a modern-yet-classic pop sensibility. And they’re an impossibly cute bunch of people, which never hurts.

Stevie Jackson – (I Can’t Get No) Stevie Jackson
Here’s another breakout solo album from a member of a highly-regarded group. Stevie Jackson is part of the collective known as Belle & Sebastian, and while he’s not the primary songwriter in that group, everything that you would love about the group is present in his songwriting and playing and singing. This record is a delight start to finish (but then, so are all on this list, says I).

The Poster Boy – Melody
You might not expect one of the finest pop/powerpop albums of the year to come from Budapest, Hungary. But here it is nonetheless. I can’t say enough good things about this record. But I do try. 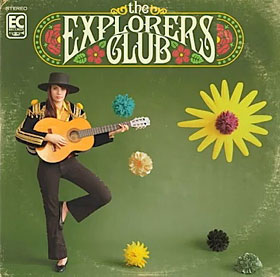 The Higher State – The Higher State
This decidedly retro release hits all the right notes — the arrangement, the production style, the lyrics – so that one might almost miscategorize this as an archival release, or one of the best unheard albums from 1968 or so.

The Explorers Club – Grand Hotel
While on their first record, this Charleston SC -based outfit sought to create new music in the style of the best Beach Boys era – roughly the Summer Days (And Summer Nights!!) to Wild Honey era – on their second release, they deftly sidestep the dreaded sophomore slump curse and instead turn out an album that conjures the best of late 60s/early 70s AM radio pop. I’ve seen them live, and what they pull off onstage is nothing short of amazing. For me, the best new album of 2012, tied with one other I’ll cover in the next installment.