I’m a big Fleetwood Mac fan. But I should explain: I don’t care much at all for the AOR/California vibe of the mid 70-and-beyond megastar lineup. No, for me, Fleetwood Mac was at their best in their earlier days, when they were much more of a blues-oriented outfit, a sort of spinoff of John Mayall’s Bluesbreakers. (Namesakes and founders Mick Fleetwood and John McVie were Mayall’s rhythm section before launching their own band.) Boasting no less than three ace lead guitarists – let’s not blame them for Southern rock, though – the early Fleetwood Mac showcased the fretwork of Peter Green, Danny Kirwan and Jeremy Spencer. All three had their own distinctive styles, but Spencer’s was most influenced by early rock’n’roll and earlier blues.

Jeremy Spencer left the band in the early 70s (as had both of the other guitarists), and while he hasn’t had a high profile musical career (to say the least) since then, his abilities have only improved. His latest album, Bend in the Road, shows that he’s still got the fire. Here’s my recent conversation with him. – bk

Bill Kopp: The Elmore James influences that characterized a lot of your work as far back as the Fleetwood Mac years are still very evident in your sound. As a young man growing up in south London, how did you discover American blues?

Jeremy Spencer: Students introduced me to it while attending Stafford art college in 1964 — mostly the Lightnin’ Hopkins, John Lee Hooker style of blues, which I liked pretty okay and worked on playing it, but it wasn’t until I heard Elmore that I said, “that’s what I really want to do!”

BK: And what was it about the blues that “spoke” to you? 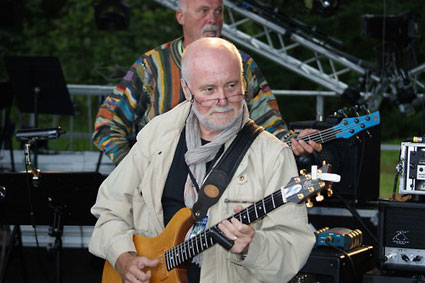 JS: It was specifically the call and response between the singer and guitar – preferably being the same person — like B.B. King and Otis Rush, which got me.

BK: Back in the Mac days, another prominent feature of yours was your love for – and effective pastiches of – the music of early rock’n’rollers like Buddy Holly. That side of you isn’t nearly as evident on Bend in the Road. Is your love of those early rock’n’roll styles still a part of your musical approach?

JS: Very much so. I recently recorded with a trio of young French musicians in Fontainebleau, near Paris, and covered some oldies of that era.

BK: On one hand, it’s remarkable just how much you still sound like you did circa 1970 – your slide guitar playing remains expressive, and your voice has changed very little in the ensuing forty-plus years.

JS: Thank you! I am amazed, too, when I hear myself back! People have commented that I sound like a seventeen-year-old. I probably would have taken exception to that back 40 years ago, when I was trying to sound like an old, whiskey-soaked blueser!

BK: If one measures your activity in terms of record releases, Bend in the Road is only your fifth album since leaving Fleetwood Mac. I assume you didn’t give up music during that time. Can you tell me a bit about how – and in what ways – music figured into your life these last decades? Did you continue to write, play, etc.?

JS: During that time, I mostly used my gift for art and within the last decade, a latent writing talent, but I was always involved with music. 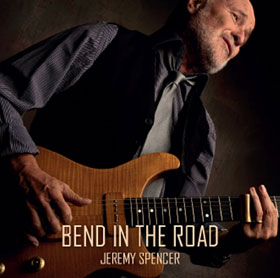 Besides recording the album for CBS in 1972 and Flee for Atlantic in 1978, I had quite a voluminous “in-house” musical output over the last 40 years! That is, material recorded in improvised, but adequately equipped studios all over the world designed for use in Christian publishing and edification. The material included audio dramas, children’s songs and even scriptures set to melody and music.

It seemed that wherever I traveled and there was no studio, it was often a case of, “if I come they will build it!” The locations in sequential order over these years, beginning in 1971, were Los Angeles, Seattle, New York, Boston, London, Paris, Rio de Janeiro, Florence, Athens, Sri Lanka, Manila, back to Rio and Mexico. It amazes me to look back on it!

I can work tirelessly in a recording studio, and even when without regular access to a home studio, I usually have some portable recording device with me. And most of all, I have to have a guitar around!

BK: On your blog, you note that you cut 32 tracks in the sessions for what became Bend in the Road. Are there any plans or thoughts about releasing the tracks that aren’t on the finished album?

JS: I’d like to see those tracks go out, although some need a revisit, which I am itching to do.

You might be interested to know that some more 50’s-style numbers are in that batch, including a country song called “Durango” about a kid gunslinger based on the typical 50’s cowboy comic book scenario like “Kid Colt Outlaw”!

BK: Although in the liner notes, you mention some overdubs (most notably your keyboards) the Bend in the Road album as a whole has an organic, live-in-the-studio feel to it. Were the basic tracks, at least, cut with the full band playing together?

JS: Most basic tracks were recorded with full band. Everything bluesy was done live with vocal and full band and a minimum of overdubbing, such as an acoustic guitar or, as you mention, my keyboards, which were done while the vibe was still hot. I am still in the old school of preferring to get as much as possible down in one take. I was amazed and appalled when I first heard about composite tracking of a lead vocal or guitar solo from a dozen or more takes! I think something gets lost in the process that you can’t explain and you wonder why such perfect and seemingly seamless performances impress but don’t move you.

BK: I am assuming, this being the 21st century, that modern recording techniques were used to record the album in Detroit. Especially in light of the fact that your last studio release (aside from 2006’s Precious Little) was in the 70s, I am interested in your perspective on how recording technology has changed, what you like better about the modern methods, and what (if anything) you think has been lost in the migration to digital. 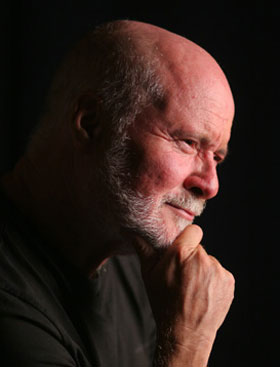 JS: Interestingly, Precious Little was recorded in five days at 15ips on a 24-track analogue recorder that a musician called Seasick Steve had shipped over from the States to Bluestown studios in Norway. Apparently, it was an old deck that had been used in Atlantic studios during the 70’s! That was a wonderful experience. Analogue and a tight deadline say “no” for you to the luxury of over-tweaking!

I have to admit that I was somewhat wary when venturing into the Bend sessions, knowing that we were going to be working with digital and its possibly opening the door to nit-picking perfectionism. Fortunately, we all felt the need to stay militant in capturing the moment, while benefiting from digital recording efficiency and economy of time such as when needing a quick fix-it.

BK: Three of the musicians on Bend in the Road – Brett Lucas, Todd Glass and James Simonson are in the Detroit band St. Cecilia. Have you done live dates with them, and what plans (if any) do you have regarding future live performances?

JS: While there in America, I did a few gigs with them, which were a lot of fun and went over very well with the audiences.

BK: There has been a welcome resurgence in the vinyl LP as a music medium. The original release of Bend in the Road was a double-LP. What was the thinking behind the decision to release it on vinyl, and (in retrospect) was the decision a good one from a financial standpoint?

JS: We (Propelz Music and I) would not have even thought of attempting such a vinyl venture had it not been for the relentless prodding and support of Sam Epstein, a film producer and a man well connected in the recording business. He loved the recordings and had had much experience years ago working with vinyl for Rhino records.

The response to it has been enthusiastic but limited due to international marketing difficulties, so financially it hasn’t yet paid off. In the long run, I think we will see that we made a wise choice, though, as Bend’s vinyl rarity and difficulty to obtain has and should continue to generate a certain mystique for the item! [Note: Fans can obtain a copy directly from Propelz Music.]

BK: What’s next for you musically?

JS: Besides sporadic gigs, there are no concrete touring plans, but I am very excited about musically collaborating more with the aforementioned team of young French musicians that I recently worked with. The guitarist, Mick Ravassat, and I are overflowing with ideas!