Bill Kopp: So you guys were originally signed by A&M, but – as I understand it – that was around the time that A&M figured out it didn’t know what to do with rock bands, especially unusual, hard-to-pigeonhole ones. The Tubes got dropped after doing arguably their best albums for the label – Remote Control and the double live – and then they ended up on Capitol. That’s where you landed for the recording and release of the album, too. I know your Tubes connection – Ron co-wrote “Don’t Touch Me There,” and the two of you penned “Pound of Flesh” for them — was there any sort of connection between your being on Capitol and them eventually being here, or is it just a coincidence?

Scott Mathews: Well, “small world” style. The same guy was behind both signings. But our A&M signing was not exactly full-on; it was…what do they call it…a development deal. They gave us a certain amount of money… in our case, not to record; we had already proven ourselves in that respect…

Ron Nagle: We had this front money to use to put together a live band. And I was gonna be the old guy who didn’t go on the road.

RN: You get it; exactly.

SM: Kip Cohen‘s idea was to put us together as a band, and – I wouldn’t say reluctantly, but it really wasn’t our game plan – we thought, “Hey, somebody’s given us quite a lot of money to put together a band.” So we spent every dime of it on doing that. And they gave us a lot of dough. We rehearsed for a long time, got ready, and then had the worst showcase show for Jerry Moss. Strings breaking, basses going out of tune…

RN: The lead guitar player’s rock posturing, I think, was part of it too… [laughs]

SM: That was a critical offense. We had six guys in the band: two keyboard players, two guitarists. I wasn’t doing the posturing thing; I don’t know how to do that. [laughs]

RN: No, not you! [laughs even louder] 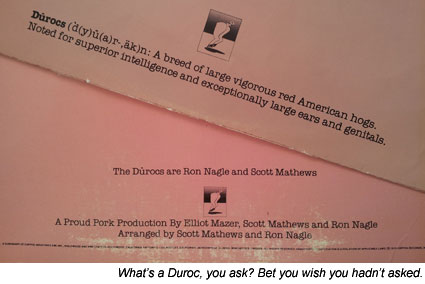 SM: We had great vocals, but we had a shitty-ass showcase for Jerry Moss. He was the one-and-only decider. We didn’t road-test any of the songs, play the Roxy all night, or any of the things you’re supposed to do. And in fact we should have done that, just to get our “legs.” But we laid an egg that night, and that was that.

RN: To their credit, A&M did give us the masters; we had done some recording for them. And a couple of those tracks wound up on the Capitol release. But A&M gave those to us; they didn’t say, “Hey, you owe us for these.” They said, “Okay, it didn’t work out, but you can have these.” I don’t even remember which tracks they were, now.

BK: It’s funny that you say that. The only other time – in all the interviews I’ve ever done – where I have heard a similar story, it also involved A&M Records. Lee Michaels recorded Joe South‘s “Rose Garden” for A&M and wasn’t happy with it, and he – I assume with A&M’s consent – gave the master to Brotherhood, a band featuring three ex-members of Paul Revere and the Raiders.

RN: They’re very songwriter-oriented. A lot of people thought that Warner Brothers was the “Songwriter’s label.” and they were, but A&M had their share. The Carpenters and so on.

SM: I think it stemmed from those two guys [Herb Alpert and Jerry Moss].

RN: And Joel Sill…his father was a giant in the industry. So there’s actually a lot of connection to the Brill Building, in a funny kind of way. But A&M were talking to us about a possible publishing deal, too.

SM: By and large, I think people dug being on A&M more so than many other labels.

RN: That was the sense that we felt. But it didn’t work out.

BK: I own the Dūrocs album on vinyl, but I have to admit that – one – I don’t recall ever seeing it in stores back in the day, and – two – my copy is a drilled-sleeve promo copy.

RN: I think ours are, too! I don’t think I’ve ever seen one that wasn’t!

BK: What sort of promotional push did Capitol do for the record? I’ve read the pig-at-Capitol story [described in the liner notes of the 2012 Real Gone Music CD release], but how much of an impact do you think that really had?

SM: The big band at the time was The Knack. Capitol went all, “Here’s the new Beatles” with the Knack album. You’d drive down Sunset Boulevard, and every other billboard was for The Knack. I can recall one thing: we bought [advertising space on] the back cover of Billboard Magazine. 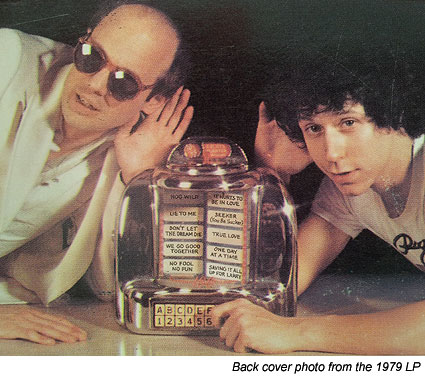 RN: And we did do a lot of promotion ourselves. We were being managed by a couple of guys, and we went to New York. We had connections with Rolling Stone; I knew everybody there. David Fricke wrote a great review, which helped. The record actually did get on the charts, way way down. It got a little chart action, as they say. But we never saw a royalty statement or anything.

SM: It did better in Europe…