Wielding my Official Photo Pass™, I took a bunch of shots at Moogfest with my old-fashioned 35mm camera. The results were less than stellar, owing in part to the fact that you can’t easily get super-fast ISO1600 film liked I used back in the olden days. Anyway, that’s my excuse. Here are some photo highlights; my written summary of the festival will appear soon. 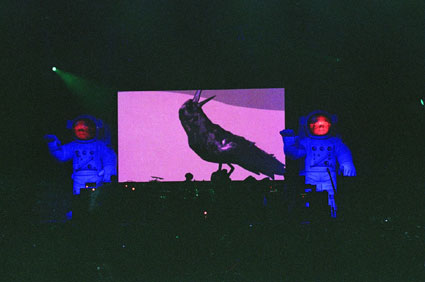 This is what Primus 3D looked like without 3D glasses. 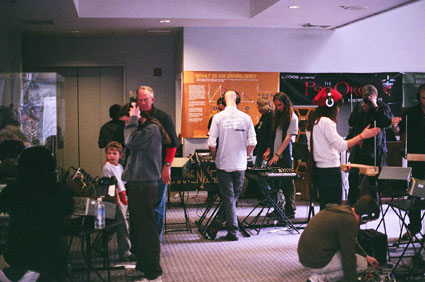 The hands-on Moog exhibit, full of synths, processors and Theremins. 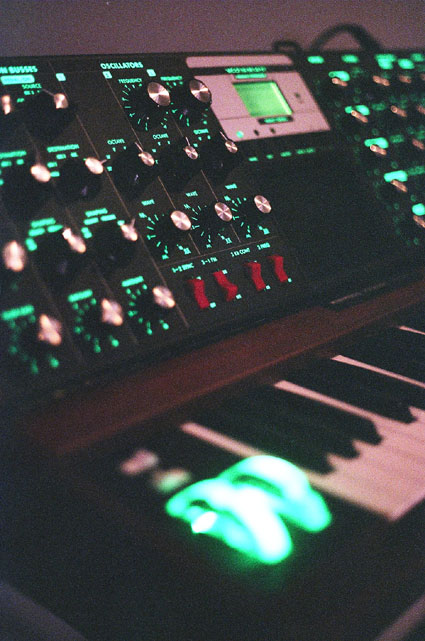 A very sexy Moog Voyager. I spent a lot of time fiddling with it. 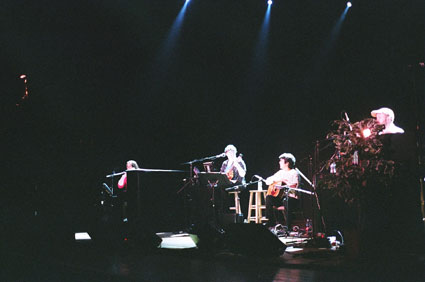 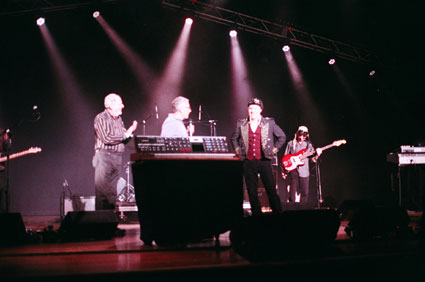 Thomas Dolby gets awarded an “extended for your pleasure” Moog Voyager. 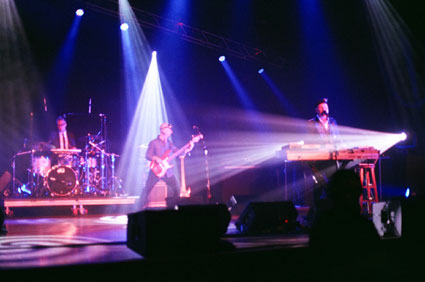 Twitter and get notified
when new features, reviews and essays are published.
Tags:moogfest