Like the first two nights of Yep Roc 15, the third and final night was loosely organized around a theme. Consistent with the previous nights, the proceedings – again ably and winningly emceed by John Wesley Harding – got underway right on schedule. 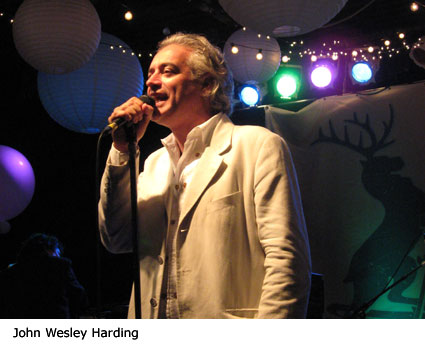 This night’s theme was Americana, and in light of that, my comments on some performers will be perfunctory.

Darren Hanlon describes himself (joking only slightly) as an Australiana artist. His was an acoustic set. Jim White is from the storytelling school of country/folk, and he leavened his set with humor. Tift Merritt has the range and ability to transcend genres (as she illustrated later in the evening when she joined John Doe) but her own set stayed mostly within the confines of honky-tonk c&w. Chatham County Line are high-energy fiddle-n-banjo bluegrass, and the group has a distinctive visual image: they crowd around a single vocal mic, a la a vintage radio broadcast. They, too, had a bit of humor, and a couple cover songs applied their style to well-loved songs form other genres. 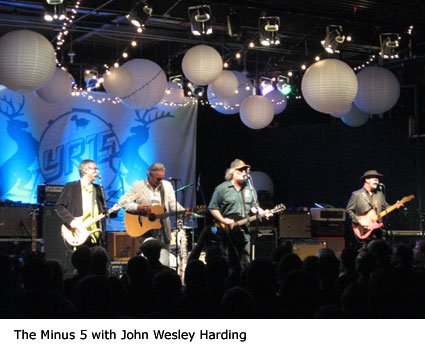 The Minus 5‘s set broke up the long parade of acoustic performers. The band is known for its revolving lineup, and on this night there was no Peter Buck. But leader Scott McCaughey and his band tore through a bunch of songs with fervor. 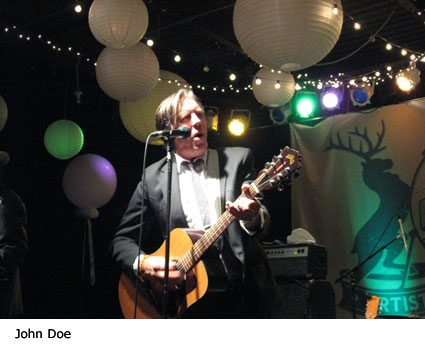 When John Doe walked onstage with an acoustic guitar, I began to squirm in my seat a bit: five acoustic acts in an evening is simply too many for this reviewer. But Doe’s hard-hitting style applied a rock sensibility to his solo acoustic songs. Moreover, he switched over to a solidbody electric for about half of his set, and showed that an electric guitarist need not have a band behind him to rock out. With Tift Merritt adding vocal harmonies on some numbers, the result was one of the evening’s high points. 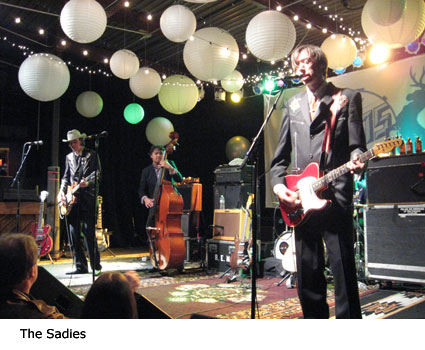 The Sadies closed the entire event in style. Bedecked in their Nudie’s-style c&w finery, they brought their brand of spaghetti-western-meets-garage to the show in what has to have been one of the most exciting sets of the entire event. Guitar pyrotechnics form brothers Travis and Dallas Good enlivened the group,s short, snappy songs, and their vocal harmonies proved that there’s plenty of rock’n’roll in country (and vice versa). Goaded on by a particularly, um, spirited attendee, the band launched into a cover of Love‘s “A House is Not a Motel,” and brought John Doe and Scott McCaughey back to ratchet the excitement up a few more notches. For an encore, the group pulled out a bunch of garage nuggets, stringing them together into one long suite. The way they tossed out these oft-forgotten gems, one was left with the impression that they could have gone on doing this all night. Theirs was a thrilling and fitting end of Yep Roc 15. 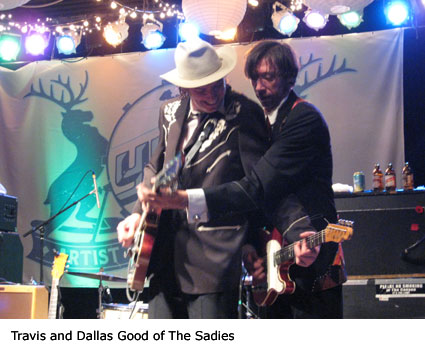