In Fall 2011 I got the opportunity to see Van Dyke Parks in a rare concert tour date. The following morning, he and I met for coffee, during which we enjoyed a long and fascinating conversation. On the strength of that resulting piece – as well my previous features for them – Shindig! Magazine asked me to re-interview Parks in connection with the 2012 reissue of his first three albums. Song Cycle (1968), Discover America (1972) and Clang of the Yankee Reaper (1976) are now available on UK-based label Bella Union. I spoke with Van Dyke Parks about those records and more. That feature, under Shindig!‘s “20 Questions” banner – ran in their Issue #27. Here it is, appearing online for the first time. – bk

Bill Kopp: What led to your first three albums being reissued on CD through Bella Union?

Van Dyke Parks: It’s so much better for me to have my work in distribution during my lifetime. Now, what happens after I hit the grave is none of my business. But while I’m here, it would be most insulting to be condemned to the ignominy of a vault somewhere at Warner Brothers. 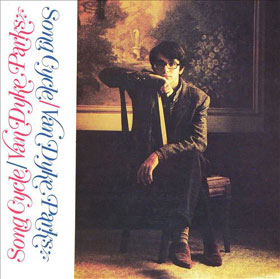 BK: You never toured behind those records. But now – some four decades later — you’re doing a concert at the London Theatre. Why, and why now?

VDP: I decided to do a tip of the hat to Bella Union for their courageous – and, I think, reasonable — support. I really think that this has been a great surprise, and I’m really happy. Because of what I’m doing today, for example. I’m working on [arrangements for] three french horns that appear in a song called “Palm Desert” from my first album [1967’s Song Cycle]. So, I’m exploring – in great detail — the songs that I left behind.

BK: Is that process difficult?

VDP: To tell you the truth, I thought it was going to be onerous. In fact it’s a great joy. And I stand by it; it’s gonna be great. So that whole thing is part of the focus on these Bella Union re-releases.

BK: Would you consider yourself a a restless composer?

VDP: No! It’s very funny that you have that impression! I approach every measure of music like a trench on a battlefield. Every fuckin’ foxhole, every measure presents a challenge. Some days I’ll do sixteen measures, then come back the next day and wipe it all out.

BK: You were originally a session player and arranger. What led to your getting a record deal?

VDP: In those days, there wasn’t such a thing as rock journalism. I put out a single under a nom de guerre, George Washington Brown.

BK: Why the pseudonym?

Donovan called his song “Colours,” but I called it “Donovan’s Colours” because I wanted to celebrate Donovan. He was the loser in the race with Bob Dylan. Everybody was in a race with Dylan except me. I couldn’t keep up; he took too many uppers!

BK: “Donovan’s Colours” wasn’t exactly a hit, though, was it?

VDP: No. But for some reason the single got on a jukebox in a restaurant in Greenwich Village, and into that restaurant stepped Richard Goldstein. He put a nickel in the jukebox, and up popped “Donovan’s Colours.” 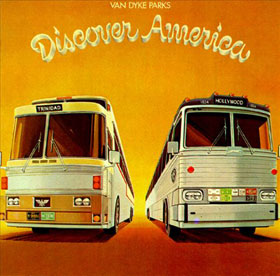 BK: So he’s your own version of Raymond Jones, the young man who wandered into Brian Epstein‘s NEMS looking for “My Bonnie.”

VDP: He made a lengthy article in the Village Voice, and it was a laudatory review. And all of a sudden, Warner Brothers thought I was famous! One thing led to another, and I can fairly say I was pressured into calling myself an artist under my own name.

BK: I have read that Song Cycle was an expensive album to make. True?

VDP: That is a bunch of horse shit! The record cost $32,500. The reason that Warner Brothers had got me over there was that I had worked on “Heroes and Villains” and other things for Brian Wilson. Warners knew that I had learned a great deal from Brian, so they hired me over there. I worked on “Good Vibrations,” too.

BK: And that was a famously expensive recording session…

VDP: It was a matter of public record at the time that Brian spent $62,000 on production of one song – “Good Vibrations” – but Warner Brothers still made their crocodile tears about how much I had cost them and how little they gained from me. I would say without hesitancy that the exact opposite is true. Warners got a vast amount of information from me in collateral areas of production. Warner Brothers lost money many times over with Song Cycle, but they also profited beyond explanation.

BK: You worked on the staff at Warner Brothers before you were a recording artist, though, right?

VDP: Right. I was working very hard there, in things like musical “shorts” to advertise singer/songwriters. I was doing other things as an office boy, on a secretarial salary. I was learning a lot right under the Chairman of the Board.

BK: So these albums – Song Cycle, 1972’s Discover America and Clang of the Yankee Reaper from 1975 – were all originally on Warner Brothers?

VDP: Yes, and one day I noticed that my records were out of distribution. You see, they had these things called cut-outs, when a record tanked. And mine all did! So I said to the head of the company, Mo Ostin, “This is not right.” Have you ever read Aesop’s fable “The Dog in the Manger?” The dog is sitting on the manger, and the cow is hungry. The dog doesn’t need the damn hay; the cow does. So I said, “Wouldn’t it be fair, if you cut out my records in my lifetime, that the equity should revert to me?” And he said, “That’s fine.”

BK: No contracts drawn up?

VDP: No. On the strength of that handshake, I got the right to have these records in my possession. Isn’t that something? The Warner attorneys had to witness the power of a handshake. 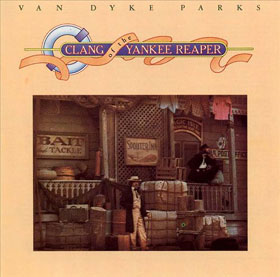 BK: You’re one of only a handful of artists I can think of who draws influences mostly from pre-rock’n’roll forms. In terms of influences – of music that informs your own sensibility — what modern music would you point to?

VDP: Well, all good music has an impact. But to me, the best kind of music to be shocked and awed by is music that is confirmational. You hear something, and you know damn well that you’re in the right place at the right time. That’s the music that I love, and I seek those epiphanies.

BK: And where do you find these?

VDP: They come to me, mostly, from worldbeat music. It’s not a genre; it’s a big, wide world. And I get that point of surprise and novelty and refreshment from worldbeat. And I always have. It’s not limited to Sun Records, or the Brill Building. Or Gilbert and Sullivan. Or Puccini or Bach. The fact is that it all informs.

BK: Both Discover America and Clang of the Yankee Reaper are musical excursions into calypso, into Caribbean music styles. So that would fall under your heading of worldbeat?

VDP: There’s an old expression that says, “Bloom where you’re planted.” So I should not have to feel ashamed that I’ve been places. I went from Song Cycle very gladly into Discover America; that’s when I got to really confess my worldbeat sensibility. I had put myself into my first record; on the second, I decided to put other people into it.

BK: Your arrangements are often pretty complex, wouldn’t you say?

VDP: That’s true by some standards. By some standards, they’re not complex at all. This is the problem of being at a door slightly ajar, between what they call chamber music and music that ain’t serious. I am very serious about music that isn’t serious. Arranging – if it’s done correctly – is almost to ensure durability in the fabric of the music itself.

BK: Bella Union uses the word “psychedelic” to describe your music. How does that strike you?

VDP: Psychedelic? You got the wrong guy! I had LSD given to me once involuntarily. I did not enjoy it. There’s nothing psychotropic about the things I do. In another generation, they called people beatniks. They wanted people to think that these free-thinkers – the Beat Generation – were commies. Nowadays – or since the sixties, and it’s getting really tedious – they use the word “psychedelic” to dismiss music that they couldn’t understand. 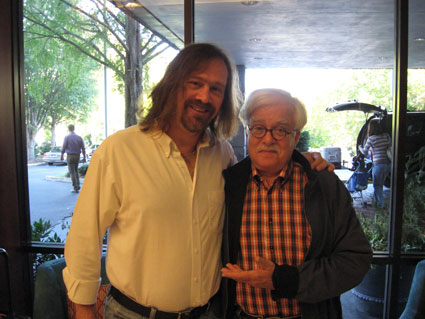 BK: Do you have an underlying philosophy to which you adhere when making records?

BK: With the Bella Union reissues, your work is being exposed to a whole new audience. Is that gratifying?

VDP: Of course I’ve been tamed over the years. But in the extravagance of my youth, and in the innocence of my inquiry at the time of these three albums, I admitted to my madness and let it take me where it would. What can I tell you? I’m just delighted that it’s still out there.