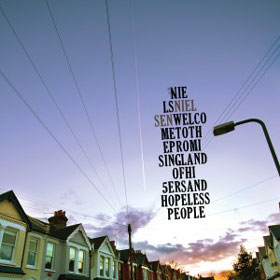 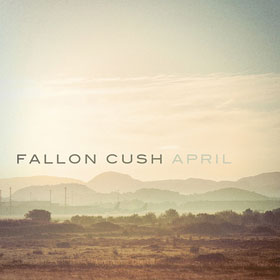 Fallon Cush – April
I covered Fallon Cush‘s debut in November 2011; on the group’s sophomore release April, the turn in more winning melodies, and (in places, as on “It’s a Line”) they rock out a bit more. Here they sound a bit less like Crowded House. A quiet, folky approach wedded to an unerring melodic sensibility means that April is enjoyable through and through. There’s no funny business here: straightforward, song-based arrangement and production, and Steve Smith‘s vocals out front where they belong. Think of April as Australian Americana that leans in a pleasingly pop direction; there’s not a weak track here. 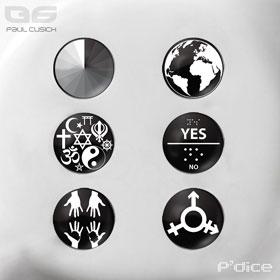 Paul Cusick – P’dice
Paul Cusick‘s exciting P’dice is a collection of prog-leaning songs that swing and swagger. Its ten tracks form a conceptual entity of a sort, but one can simply enjoy the propulsive songs, full of melodrama (the good kind) and emotion. P’dice might just be the most mainstream (again, in its best sense) release to feature the boundary-pushing drum work of Marco Minnemann and Gavin Harrison (Porcupine Tree). But it’s Cusick’s vocals and instrumentation (he plays guitar, bass and keyboards) that keeps P’dice moving forward. In places, “God, Paper, Scissors” is vaguely reminiscent of King Crimson‘s “The Sheltering Sky.” 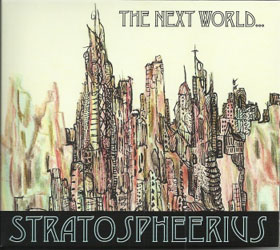 Stratospheerius – The Next World…
Normally, I’m put off by jam bands. Their self-gratifying noodling and goofily hippie sensibility don’t do anything for me. Nominally a jam band, Stratospheerius is a much more song-based act. With vague hints of Dixie Dregs (it must be the thrilling, intelligent use of violin) and a subtle jazzy feel, Stratospheerius’ The Next World… draws from a lot of places for their sound. But the clear vocals and economical arrangements carry the day. Stratospheerius often sounds like more than four players, and my sense is that’s due more to their prowess and musical simpatico than any amount of studio overdubbage. 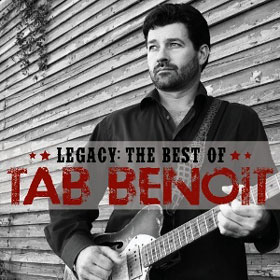 Tab Benoit – Legacy: The Best of Tab Benoit
Electrified, countrified, bluesified: those words give some small sense of Tab Benoit‘s musical approach. Imagine if John Fogerty was more into the blues and actually from the south, and you’ll get an idea of Tab Benoit’s sound. He can rock as hard as ZZ Top (witness “Night Train”), but his blues feels a lot more authentic (and features none of those silly synthesizers). Benoit is one of a very short list of players (see also: Junior Brown) who appeal to country and rock fans. The rhythm section gives his songs danceability, and his blazing guitar runs keep things sizzling.