Home  »  interview   »   Zappa Music in the Grand(mothers) Tradition: A Talk with Don Preston

Zappa Music in the Grand(mothers) Tradition: A Talk with Don Preston

During his life, Frank Zappa created literally dozens of albums’ worth of original music. That music went through a number of styles, but among the most critically- and commercially lauded period included 1974’s Roxy & Elsewhere, a live album that brought together elements of comedy and on-fire playing and arrangement. Though Frank passed away in 1993, various ex-band members (and there are many) have ket his music alive though live performance. One long-running aggregation is The Grandmothers. I spoke with keyboardist Don Preston – who’ll celebrate his 80th birthday in September 2012 – days before their Asheville NC tour stop; here’s that conversation. (Tomorrow’s entry will feature a conversation with another band member, Napoleon Murphy Brock.) – bk

Bill Kopp: Even though you have a long and distinguished career in jazz and electronic music, most rock fans at least know you through your association with Frank Zappa. You joined The Mothers pretty early, not long after Freak Out, right? How did you come to join the band?

Don Preston: It was right after they had recorded it; I don’t think it had been released yet.

BK: But you knew each other well before that.

DP: I met Zappa somewhere around 1961. We struck up a friendship. He called me, and wanted me to audition with a little trio: organ, guitar and drums. So we went to this place in Santa Ana (California) called the Bank Club, and we auditioned there. We played “Oh No,” which is in 7/4. People were trying to dance. We didn’t get the gig.

Right around 1961 or ’62, Zappa used to come over and sit in with my band, which was kind of an experimental band. We used to improvise to films of microscopic lice and other art films. And Frank would bring some of his 8mm films down there. He really enjoyed that aspect of what we were doing. Bunk [Gardner] was in that band as well , as was Buzz, his brother. So Frank got to know some of our capabilities even way back then. 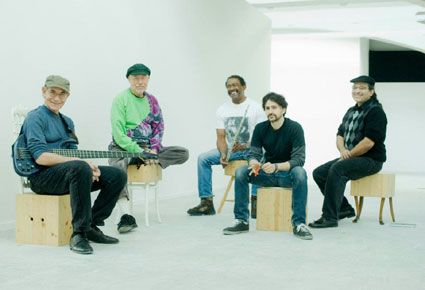 I didn’t see him for awhile after that. One day he showed up at my door, looking like [what we think of as] “Frank Zappa” — because he didn’t look like that in the early days – and I didn’t even recognize him. He looked like Rasputin or something! He started telling me about his band.
So then I auditioned for them. And he said, “Don, you don’t know anything about rock’n’roll.” Which I didn’t; I had never played rock’n’roll before.
Zappa never understood why people didn’t get his music like that. He always thought he should be a pop star. Even as early as not long after I joined the band, we were playing “Little House I Used to Live In,” which has the drums and bass playing in 11/8 and the melody’s in 12/8. That’s pretty much out there for a rock band, especially in 1967.

We played a festival with a bunch of other bands, and they were looking at us like, “What the hell are they playing?” It was just so weird that you couldn’t even tell what it was.

BK: With the exception of Napoleon and a very short list of others, Zappa alumni musicians since Frank’s death have appeared with either Zappa Plays Zappa or one of the tribute groups. But not both. To my knowledge you haven’t worked with ZPZ. I have heard varying reports that the ZPZ people discourage musicians from working with Project/Object…?

DP: That’s possible. They never discouraged Ike [Willis] or Ray White, mostly because they don’t like them! They don’t even speak to them, let alone encourage them.

Note from BK: In a quick interview, I posed a similar question to Napoleon Murphy Brock, (vocals/sax/flutes with Zappa for many years, and a main member of The Grandmothers). Brock is one of a few who has played with both ZPZ and Project/Object, among other Zappa tribute bands. His response: “I have no idea what you’re talking about. I don’t know anything about what Zappa Plays Zappa thinks, feels or does about Project/Object. I have no idea. I have no time for any of that in my life, because I am a very busy person.” He went on to assert that – like all of the other tribute acts performing the work of Frank Zappa — ZPZ “is a cover band.”

BK: You were one of the earliest musicians – at least that I know of – to be associated with the synthesizer. Can you tell me a bit about your earliest exposure to it? 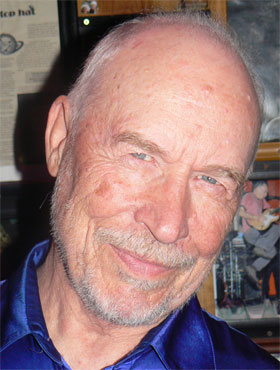 DP: Let me preface that with the fact that when I joined The Mothers, one of my main instruments was a gong. I had already had a gong for a number of years, and so it was the perfect thing to bring into the band.

And the other thing I really needed a lot was a synthesizer. We didn’t know that word then, but what I knew I needed was a bunch of electronic devices that I could use to create some electronic music with Zappa. And so I built a synthesizer, because there weren’t any; you couldn’t buy one in a store. I wasn’t aware of [Donald] Buchla and [Bob] Moog at the time. And they weren’t aware of me, either!

I thought, “The best way to do this is with a bunch of oscillators and filters.” And an Echoplex, which did create a tape delay. I had a Theremin built into it as well, so I could control it without turning knobs. That’s basically what it was; I think I had about 30-40 oscillators, and they all did different things.

It did some really wild stuff. You can hear it on early live Mothers recordings. The only thing is, it wasn’t built that well, and it finally fell apart. I would have it to this day, but it just didn’t last.

BK: I guess when the modular synths came out, they were a little sturdier…

DP: Especially the Moog equipment. Boy, that was built so solid and well. I actually had six cases of modular stuff by Moog, and I took those and put them in two cases. Three boxes to a case. And I put wheels on them, because I was doing this thing in Los Angeles called Title I. You would go to a school almost every day and, in my case, perform electronic music.

I would do weird things; I would design this thing that fits on your head, made out of a colander, with a bunch of wires and tubes and lights and stuff. I would just bring a kit in, set it up and whisper to ’em, “Now, when I turn this knob, you start shaking.” And then I would start the Moog going, and the kids would just…die. It was really fun.

BK: Do you look upon the music of Frank Zappa differently now than you did back then?

DP: [laughs] Yeah, in many respects. Because performing it now is different than it was then. Then, you were under Zappa’s scrutiny, and there was always the fear of getting him mad if you fucked up. That doesn’t exist any more. Basically, we’re just having a lot of fun playing his music; the music is brilliant. We try not to screw it up; we think of Zappa looking down upon us while we play. We do our best. And most of the time that’s pretty good.

BK: You were with Frank through a lot of different musical phases of his career. Do you have a favorite album, a favorite song?

DP: I rarely listen to any of that music, unless I’m learning it. And working with Project/Object, I have become acquainted with a lot of other material that I never performed. But on the last couple of tours we’ve focused on doing the Roxy & Elsewhere album. We do every song on that album now, except “Bebop Tango,” which is – in my estimation – unplayable.

Note from BK: Brock provides another reason The Grandmothers don’t do the tune: “You can’t do it without Bruce Fowler, and he’s under the weather at the moment. When he gets better, he’s going to be back onstage with us at selected concerts doing ‘Bebop Tango.’”

BK: It’s right up there with “The Black Page”…

DP: Oh, it’s beyond “The Black Page.” I can play “The Black Page.” But people like Bruce and Ruth Underwood, I think that they’re some of the best musicians on the planet. They’re on a par with the best soloists in orchestras. Maybe even better, because I heard Ruth with the L.A. Philharmonic, and she was so much better than they were. It just astonished me. It opened my eyes. 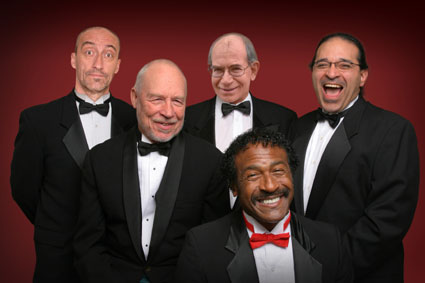 BK: When putting together the set for this Grandmothers tour, do you stick to note-for-note recreations of the original arrangements, or do you use the songs as jumping-off points for your own musical excursions?

DP: Hopefully, somewhere in between. I think that’s where Dweezil [Zappa of ZPZ] makes a mistake in trying to recreate an album. The reason is, having played with Zappa for so long, we know that he never did that. Never. We would record an album, and then he’d go on; he was constantly changing the music. It was never the same.

When we’d go on a tour, all the songs would have the same titles, but they were quite different.

BK: Even if you just confine your thoughts to the officially-released versions, there are at least three radically different versions of “Peaches En Regalia”…

DP: Yeah, that’s Zappa. I’ve always said that he was a compulsive editor. I had gone over to his house, and he was really excited: “Don! You’ve gotta listen to this. It’s incredible!” And he would play me We’re Only in it for the Money with the songs in a different order. And he had spent days doing that. You would wonder how he could write music; he was always editing.

BK: People talk about Frank’s idea of “conceptual continuity” and the concept of the Project/object, where everything is one big piece of work that hangs together. Is that something that he ever really communicated to you guys in The Mothers? 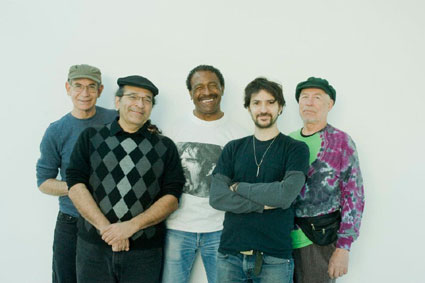 One thing he did think of was this: he was always kind of toying with people’s minds. He would release some information, and it would be totally wrong. Or it would be something that made you wonder.

Coming in the next blog entry: more from my conversation with another member of The Grandmothers, singer/saxophonist/flautist Napoleon Murphy Brock.

Twitter and get notified when new features, reviews and essays are published.