Bill Kopp: To your knowledge are there any live recordings – legitimate or otherwise – of Little Willie John performing onstage?

Susan Whitall: Wow, that’s a great question. Not to my knowledge, there aren’t. And that ties in with the fact that we can’t find much of any film footage of him, either. And that’s just stunning, because he was on so many TV shows. 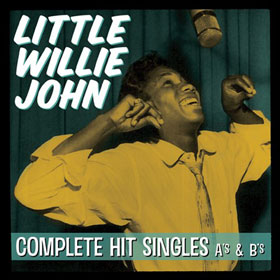 BK: You’d think there would be some kinescopes or something…

SW: Exactly. There’s got to be. I think they just haven’t come to light yet. Because he’s been so obscure, someone might have it, have seen him, and not known who he is anyway. And there hasn’t been much of a market for it. But I’m sure some hobbyist had to have had a camera in the audience, at the Apollo or something. I know that one or two of The Upsetters [John’s band] told me that some of the musicians would have movie cameras too, that they’d play around with. So there’s got to be something.

He did do American Bandstand two or three times that I’ve documented. But it’s really hard to get anything out of Dick Clark Productions.

BK: Right. That seems to be true for a lot of DCP-related material. I’ve done a lot of research and writing on Paul Revere & the Raiders, and the Where the Action Is stuff has never come out. I do wonder, what with Dick having passed on now, if whomever is in charge of such things might finally make some of that archival material available. But who knows.

SW: Maybe it’s just me being skeptical as a reporter, but when people say things like, “Oh, it went up in a fire!” or “We recorded over it,” I don’t quite believe it. You see stuff from the 50s: Dion, Little Richard, Jackie Wilson, all on Bandstand. I mean, where’d that come from?

BK: There are so many stories like that. For years the story was that Brian Wilson had destroyed all of the SMiLE master tapes. Then how come I’ve had bootlegs of that stuff for the last twenty years?

SW: Here in Detroit, this is where Soupy Sales started. Famously, there was supposedly no footage of him, and it’s true that the local stations really did record over everything. And yet, there was a cameraman who kept kinescopes. So there are a couple of those up on Youtube now of Soupy. And they’re great.

Soupy had a nighttime jazz show, too. And Willie might have been on it. I wasn’t able to document it, but several people told me that they thought so. Soupy was a big jazz fan, and the show was really more jazz artists, but he would also have the occasional blues or R&B singer.

BK: You’re right: those recordings probably do exist, somewhere. You can’t force it: somebody will eventually decide, and it will suddenly turn up one day. Maybe tomorrow, maybe ten years from now.

SW: Right! There was a Clifford Brown clip that showed up from Soupy’s jazz show. And there was supposedly no footage of him anywhere, ever. But now that clip surfaced, it’s on Youtube, and everybody enjoys it.

BK: Knowing what you know about Little Willie John, had he lived, where do you think things would have gone for him musically? 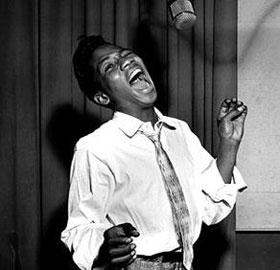 SW: He very likely would and could have taken a turn into mainstream American show biz. He sort of had that thing in common with Sammy Davis Jr., I think, where he could really play the upscale nightclubs, do the Vegas thing.

And doing the Capitol album in Studio A, with the whole Wrecking Crew treatment, that kind of showed that he could do that. He could be a guest star on Dean Martin‘s show. And that Capitol album – if King Records hadn’t fought that – if he had been able to get that Capitol album out, they would have given him the Lou Rawls treatment. I heard varying reports that Lou wasn’t happy about Willie doing the Capitol album. I think Willie might have had an even more winning personality that Lou. He would have been great on the dais talking to Johnny Carson or whomever.

You can see that in his young son Keith John. Their mom told me, “Between the two brothers, I can get the full Willie John.” It’s hilarious. Between all the descriptions I got of Willie – including from his wife – Keith has that effervescent, bubbly, life-of-the-party personality, always wanting to know that you’re having a good time. He’s a very engaging personality; you can see that when he’s been onstage with Stevie Wonder. And he’s got the higher end of his father’s singing voice.

Keith and I sometimes do appearances together, and Keith will sometimes pretend that he can’t hit those notes. I’ll make a point about one of Willie’s songs, and I’ll turn to Keith and ask, “Now, how did that go, Keith?” And he’ll say, “I can’t sing that!” But he hits it. Totally. He’s a little older than his dad was when he was doing those King sides. But he can do it. He just has to strain a bit.

Kevin John does this as well: I’ll mention a song, and then one or the other will pipe in and sing a few lines of it. The audience always loves it.

I tell the story in the book about when Willie had that singing competition in Miami, where they were trying to out-sing each other, to see who could get the highest note. Sam Moore told me this story. This young singer made the mistake of trying to top Willie, and he busted his vocal cords. Jackie Wilson said, “Oh, no. I don’t get involved in that. You walk away from that.”

BK: Willie wrote or co-wrote a number of his singles. Did he or his family retain (or regain) the rights to any of this material? In other words, will his family enjoy any royalties? 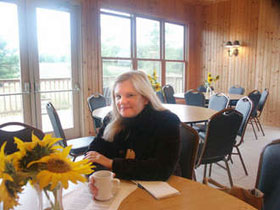 SW: Yes, they do. But whether they get enough royalties is another question. In the book, I did go into the “Need Your Love So Bad” [#5 R&B] situation. That song specifically, he deserved at least 50% credit, and likely more. There was a thing in the 50s — and up to today – with songwriting credits. We all know the stories about record company bosses taking songwriting credits. That wasn’t the case with this song: Willie conveyed the ownership of the song to his brother Mertis John. Mertis tells the story of how he brought the song to Willie, but that’s not quite the way that others remember it. Whatever happened – and it can be very confusing – most people think that the majority [composing] of that song was Willie. Willie said as much in a letter to his wife. In it’s he talking about how he wanted to help his family out. That’s what people did. And he never thought he’d have children.

So it wasn’t corrected for many years. But it was corrected in the early stages of when I started writing the book. Maybe 2007 or 2008. The family had a talk with Mertis, and he did the right thing. They now share the writing credit.

They also get royalties on “Leave My Kitten Alone” [#13 R&B, #60 pop 1959], which Willie co-wrote. His widow told me that the biggest check she ever got for Willie’s music was when The Beatles‘ version of the song finally came out [on 1995’s Anthology 1]. That put a new roof on her house. I always wanted Paul McCartney to know that, that here was a case where a widow benefited from that song. I tired to get a copy of my book to him, and I hope he got it. I wrote in the inscription that The Beatles’ song really helped that family. John Lennon sang it, of course, but Paul’s still here. So you do what you do.

Our delightful conversation continued well beyond this, but as so often the case with hardcore music lovers, the topics strayed well beyond the scope of this story. I asked Susan what other projects she’s working on, and she mentioned that she and a number of her former colleagues from back in the days of the legendary Creem Magazine are discussing a project; she compares the inconsistencies brought out in writers’ various memories to Akira Kurosawa‘s Rashomon. So keep a lookout for more developments there. In the meantime, the fascinating and meticulously-researched Fever: The Fast Life and Mysterious Death of Little Willie John, and the Birth of Soul will be out in paperback in August. It makes an essential companion to Real Gone Music’s Little Willie John: The Complete Singles A’s and B’s, out now. – bk