Little Willie John had a string of hits in the late 1950s and early 60s; in some ways he was one of the first “crossover” artists, enjoying hits on both the R&B and pop charts. Besides cutting “Fever” before Peggy Lee, he wrote and sang “Leave My Kitten Alone,” a favorite of a certain Liverpool quartet. His larger-than-life personality was among his greatest assets – his voice arguably being the greatest — but his volatile side also got him into a good deal of trouble. The end result was a career cut tragically short. Worse still, his musical legacy hasn’t received its proper due, and he’s often forgotten in histories of music of the latter half of the 20th century. That ain’t right.

Fortunately, Detroit News journalist, author and former Creem writer Susan Whitall‘s book Fever: The Fast Life and Mysterious Death of Little Willie John, and the Birth of Soul was published in late 2010. (I reviewed it at the time and named it one of 2011’s best music-related books.) With the 2012 release (on Real Gone Music) of Little Willie John: The Complete Singles A’s and B’s, I took the opportunity to talk with Susan about Willie and his music. – bk

Bill Kopp: The new Real Gone Music compilation collects all of Little Willie John’s a- and b-sides from his time on King Records. It’s remarkable that all of this material was released over the course of a mere five years. In terms of volume, from an album standpoint that’s not especially impressive, but considering these were all singles, it’s a lot of quality material in a short period of time. 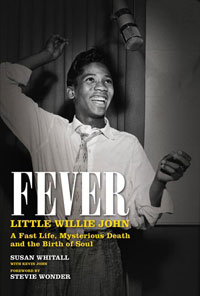 Susan Whitall: You know, that’s kind of the way they recorded back then. They weren’t really thinking abut compiling an album: “Okay, let’s go in and cut some more sides.”

BK: And every single one of the songs charted. Whether it was on the pop charts or the so-called race charts. So why do you think a mention of his name elicits blank stares from most people?

SW: It’s a combination of factors. For people who are baby boomers like me, we’re just on the tip of not knowing his name. Because he went silent and then died in prison right during our pre-teenage years when we were most avidly listening to music, in the 60s. The Stax and Motown and soul years; that’s when I was really on fire listening to music.

However, I heard him; I just didn’t know it was him when I was a kid. A little while later when I heard songs like “Sleep” [#10 R&B, #13 pop], I realized that I had heard him on WFIL when I was a little kid in Philadelphia. My mom always had the pop station on, and that got big pop play, especially in his key towns like Philly.

And you can’t tell listening to that song: Is he white? Is he black? And it was a big pop hit partly for that reason. So people my age were hearing it; we just didn’t know it was him. And the fact that “Fever” was such a big hit for Peggy Lee kind of obscured his version. People my age were too young to have heard that in the 50s [#1 R&B, #21 pop in 1956]. I heard stuff that my parents played, but it was more of 40s big-band kind of thing.

When I talk to non-African Americans my parents’ age or slightly younger, they’re not as aware of Willie’s version. Because radio airplay in the 50s was so segregated. And that just played against him having a widespread audience. But musicians never forgot him: people like Jack White. But Jack had a lot of older brothers who were heavily into music, especially blues and R&B, so he sort of had a leg up on stuff like that.

BK: And as you said, the fact that Willie was in prison – died in prison – that made a difference, too. Take somebody like Little Richard: he was past his hit-making period in the 60s, yet he was still very much in the public eye. He played the Toronto Pop Festival on the bill with John Lennon’s Plastic Ono Band. So even though his hits were behind him, he was still out there in front of audiences. 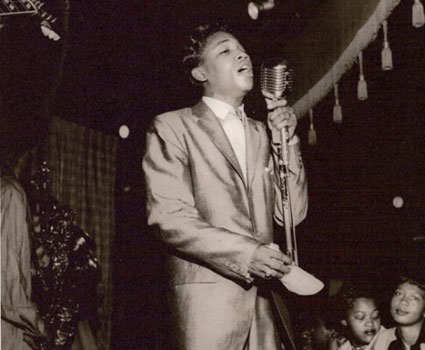 SW: Right. And he was a personality, appearing on things like the Johnny Carson show. So everybody was aware of him, even if they didn’t know his music. But Willie, he stopped recording, and didn’t have any real hits to talk about, after about 1962. He was still doing gigs after that, but they were getting rattier and scruffier. Then the incident in ’64 [read the book!], and he’s doing sleazy little gigs while he’s tied up trying to make money during all that process. Then 1966, 1967, he’s in prison. So it was pretty much done.

And ’68 was such an active year in terms of Martin Luther King‘s death, all the political turmoil, so Willie’s death just went mostly unnoticed. I found the Associated Press blurb announcing his death. It was just two or three lines: “Blues singer…” They all called him a blues singer! “Blues singer Little Willie John dies in prison.” He got two sentences at best. Even in the black newspapers.

There were lengthier pieces later. Certainly Jet did one. But the initial AP report out of Seattle was just those couple of lines.

BK: Blues…that’s funny. You could pigeonehole his music in all sorts of categories, but blues is probably the one that applies the least.

SW: Yeah, but you’ve got to remember: in the 50s, when they said “blues singer” it could mean a real uptown, slick Louis Jordan kind of presentation. I know older African Americans – white folks, too – who were active in the music scene in the early 1950s. And they just called it blues. They meant the kind of music you got dressed up to, and you went out and danced to.

So when Berry Gordy said that he should have been selling the blues instead of jazz at his record store, he meant the BB King sort of smooth – not like the later BB King – the earlier stuff, what we’d call R&B now. 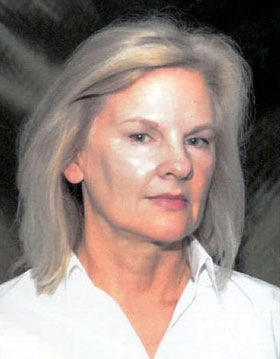 BK: It looks like this new Real Gone Music comp is the first time anyone’s bothered to just collect all the Little Willie John single sides. RGM – and Collectors Choice before them – have been doing a number of these. It seems like an obvious way to do things, so I’m surprised no one’s done it before. I will admit I haven’t heard Willie’s albums start to finish. Would you say that the singles collection paints a different musical picture of him than do the albums?

SW: I think it’s all of a piece. Because he was a 50s artist, the way they’d slap the albums together was not with much thought. It was just a way to collect whatever had come out. So I don’t even pay that much attention to the King albums. You will find a cut or two on them that you won’t find anywhere else, which is why it would be great to have a box set with everything. But all the singles aren’t on the albums, either. So you really need an omnibus collection to get a full idea of him as an artist.

BK: Albums were often an afterthought.

SW: They were totally an afterthought. They would repeat cuts on different albums. They didn’t care.

BK: Right. The hit single a-side, and then pad it out.

I’m really glad Real Gone did it this way. It tells a lot to present the a-sides and the b-sides.