Home  »  interview   »   A Conversation with The Avengers’ Penelope Houston, Part 2

A Conversation with The Avengers’ Penelope Houston, Part 2

Houston has released fourteen albums, if one counts limited-edition sets, live albums and compilations. But she doesn’t approach her collections of new music with any sort of thematic concept in mind. “It really has more to do with, ‘Oh, it’s been a really long time since I put an album out. I’ve got a bunch of songs here; I just need to write a couple more so I have enough for an album!’” Houston says that she “writes very slowly, and only when I’m inspired.”

While Penelope Houston didn’t play an instrument onstage with The Avengers, she does in fact play an instrument: the autoharp. “I use it as a songwriting tool,” she explains. That instrument is a clear and distinctive part of the mix on albums like Cut You (1996) and 1998’s Tongue. But it’s nowhere to be found On Market Street. Houston did play the instrument on some basic tracks, but they were mixed out. The majority of the new disc’s songs have Hammond organ or Wurlitzer Electric Piano, and, as Houston explains, “the tone range of the autoharp and the tone range of the keyboards are similar, so the autoharp was essentially canceled out.” She argues that the autoharp is “a really interesting sound, but it really needs a lot of space. And we had already filled in that space.” 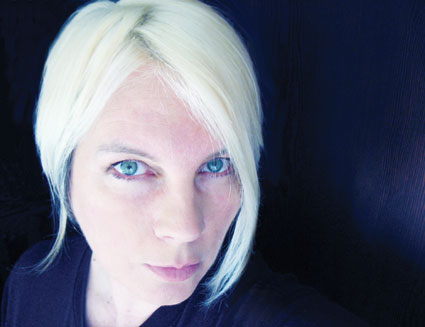 At present, Houston splits her time between promoting On Market Street (mostly – though not exclusively — via live dates in the San Francisco Bay area) and touring with a reformed Avengers (guitarist Ingraham is the other returning original member). The official release of The Pink Album is helping to renew interest in this oft-overlooked band.

Many people know of The Avengers only through having read Richie Unterberger‘s book Unknown Legends of Rock’n’roll, with its chapter on Houston and The Avengers. At the time of that book’s publication (1996) Avengers material was extremely hard to come by, even for those few who knew or cared. Choosing her words carefully, Houston explains that the record’s long unavailability was due to “questions concerning who had the rights to release it. It took a long, long time to resolve that. And all those issues are resolved now.” Her voice trails off as she playfully adds, “And…that is my official line, what I am legally able to say.” She giggles. Speaking on behalf of all the original members, Houston makes it clear they they’re very happy to have finally made The Avengers available.

To my ears, bits of Jackie DeShannon‘s influence can be heard on Houston’s solo work. And in various spots On Market Street calls to mind The Band (“You Reel Me In”), The Kinks, (“USSA”), and even Suzanne Vega (“Winter Coats”). “Scrap” sounds a bit like a cross between The Roches and The Violent Femmes. “When I was quite young, even before I was in The Avengers,” Houston recalls, “I listened to The Incredible String Band, Fairport Convention and Pentangle.” (“Aha!” replies this interviewer.)

“Then, after The Avengers, Tom Waits and – you’re right – The Violent Femmes were among my big influences.” She observes that in her change from punk to “folk, or folk-rock,” the Tom Waits approach of “using whatever instrument the song calls for” made a serious and lasting impression on her. And from the Violent Femmes she learned that “you could make the music quieter, but every bit as craggy and sharp-edged as anything in punk.” From The Band she took the approach of making music that is “big” sounding, yet not (or at least not always) aggressive. Across all of her solo work – though perhaps never before as seamlessly as with On Market Street — Houston has put these lessons to effective use. 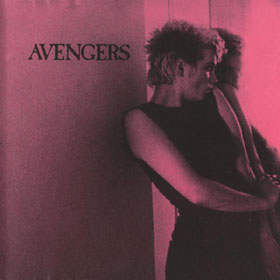 Some artists include lyric sheets, and some don’t. On every one of Houston’s albums, however, there is a lyric sheet. Some of her songs start out seeming like they’re about one thing, or from a certain point of view or emotional vantage point. But then they lyrics reveal the song to be something else. “All the Way” is a good example: it initially feels like a love song, but reveals itself to be something more complicated, more nuanced. I point this out to Penelope, and she replies, “You definitely have something there. I think it’s because life is complicated. I don’t think any of the issues I write about in my songs are simple enough to just look at them from one point of view.” She agrees about the contrast between the music and lyrics, as well. “I think that sometimes when people listen to the music, they’re drawn in – ‘Oh, this is really nice’ – and then they listen to the lyrics, and they’re like ‘Ahh! Ouch!’”