Home  »  interview   »   That Time is Now: A Conversation with The dB’s Peter Holsapple (Part Two)

That Time is Now: A Conversation with The dB’s Peter Holsapple (Part Two)

Bill Kopp: I’ve been a fan of the dB‘s for a very long time, but I have to tell you that I think this new album may be the best thing the band’s ever done. Maybe it’s because I’m older, and look for different things in music than I used to, but there’s something about the tone – slightly world-weary, certainly more adult and experienced – that really resonates with me.

Peter Holsapple: That was a very, very important thing for us to get across. If we were going to make a record thirty-one years later, it really shouldn’t sound like it was recorded in 1983. I mean both the technological aspects of the recording and the thematic, lyrical aspects. Y’know, lots has happened since we played in the band regularly with each other. And if the album didn’t reflect that, it would be grossly disingenuous. 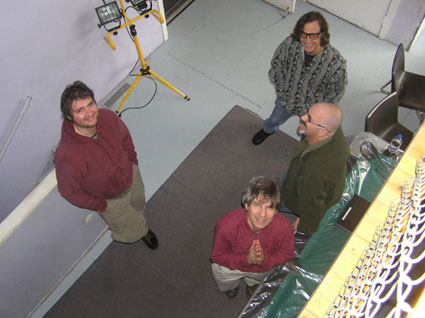 BK: The label powerpop is often applied to the dB’s and your music. Other artists I’ve interviewed – Marshall Crenshaw, Tommy Keene, Richard X Heyman – each, to varying degrees, seems to want to put a little bit of distance between themselves and the label. This, even though I’d argue all of them are closer to the classic definition of power pop than the dB’s are! Are you comfortable with the label, or do you bristle at it as well?

PH: I don’t mind it at all. I like a lot of that stuff; I still listen to the Raspberries; I love Big Star. I love Blue Ash. But I would have to agree with your assessment that we may have pushed that envelope a little farther than some bands. And I think you could say that about Big Star, too. They weren’t strictly powerpop; they did some very lugubrious Velvet Underground-y things. And if you think Velvet Underground are powerpop, then you probably need a lobotomy. Or a couple replacement parts. But I think the definition has had to expand over the years, too. I’m trying to think if there’s a band out there that we’re sort of like at this point. I don’t even know who that would probably be. Fountains of Wayne or somebody, maybe.

BK: How did the experience of recording the new album differ from the sessions way back when? I’m not speaking here of technical stuff, though I’d be interested to hear about that, too. But as far as the interaction between the band members and that sort of thing. 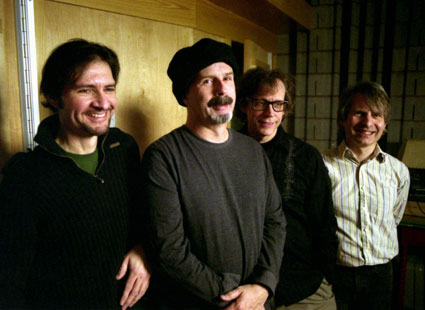 PH: Back in those days, you would get your budget, book your studio time, and go in there and pound it out and put it out. It isn’t quite like that anymore; the digital realm has made things a lot easier. We did sessions with all four of us together, but then we would do all the re-doing and overdubbing usually by ourselves. We would try to get that done, just when we could. It’s tough. Will was living in Ohio – he’s since moved to North Carolina — Gene’s in New Jersey. So three of us live within about fifteen miles of each other, which is good. But it’s changed because recording has changed. Technology has changed so much. Think of all the time you used to spend rewinding tape! That’s gone now; you don’t have to worry about that. Of course, that’s when a lot of the great ideas came out…

And as far as getting along with each other, it was marvelous. We’ve always been friends, even when the band split, when people left the band. We still stayed friends. That never changed.

BK: Your web site lists a handful of live dates, and you’ll be back in North Carolina for the Hopscotch Festival later this summer. Any chance of more dates being added between now and then?

PH: There’s always a chance. I’m not really sure. I’m sort of gainfully employed these days, so I have to sort of work around what schedule I have; I try to make myself as available as I possibly can. And Will’s out on the road with Steve Earle this summer, too. So we have to work around that. But we’ll try to make as many shows as we possibly can happen while this record is relatively fresh.

I would love to go on television, so that people could see us. People in far-flung places might have an easier time seeing us if we were on TV. I always think of when Big Star was on Late Night with David Letterman. It was so exciting: everybody stayed up to watch it! It was a big deal. And if we did it, it might not be a big deal, but it would certainly be a medium, medium-to-large deal.

BK: I know all of you have your families and lives and whatnot. So it’s not as if you’re all going to pile into a van and tour endlessly. But what plans if any do you have for the future regarding the dB’s?

PH: We’re just going to see how the cards fall now that the record’s released. If there’s a resounding thud then we won’t waste anybody’s time. But if it’s well-loved, and if people really want to hear it, we’ll make every effort to get to at least major market cities.

I don’t know. We just have to wait and see. We’ve been through this so many times. We’ve reached for the brass ring, and had it slip out of our hands. We try to be optimistic. Cautiously optimistic. We do feel like the songs are great. The record is great. But who knows? We might be up against a reunion of all the members of Styx that are alive. That might stop us completely. Not only are our lives different, but the world into which we’ve release Falling Off the Sky is considerably different. Kids don’t want to be in rock’n’roll bands anymore; they want to be video game designers or sports stars, and retire at twenty.