Clare & the Reasons do have a signature sound, but they’re not tethered to a specific musical approach, and don’t like to repeat themselves. Leader Clare Muldaur-Manchon describes the upcoming album KR-51 as “quite a bit darker, quite a bit more raw and honest” than the group’s previous efforts (2007’s The Movie and the 2009 album Arrow). “When you get so caught up in the arrangement and the perfection of everything, sometimes it takes away the delivery. But KR-51 has a really good balance.” 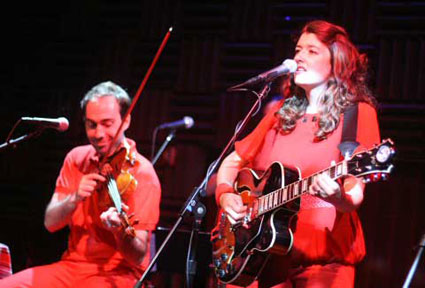 Members of Orchestre de Paris appear on the new album. But, says Clare, “Even though we have this really incredible, way-bigger orchestral setting, it’s a much less orchestral album. The orchestra was used in a different way. Instead of being the foundation, it was sort of the strokes over things. And what’s been very rewarding for me live, is that the material is working very well within our rock band setting.” She describes the band’s live approach to the new material as “full-on and dynamic. We capture the important elemnts of the songs in this more stripped-down setting. 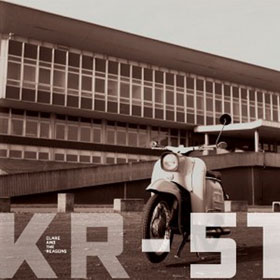 This week, Clare & the Reasons will perform at two wildly divergent venues. On Wednesday, the group will do a set at Asheville NC’s Lexington Avenue Brewing (aka LAB), in a very small room that’s essentially a stone-walled basement, underground on three sides. Two days later, they’ll appear at the Bonnaroo Festival, an event that routinely draws 80,000 fans. “We’re not gonna be playing for all 80,000,” Clare laughs. “We’re not exactly a festival-type act,” she admits, “but we have a kind of ‘power set’ worked up for Bonnaroo. We’ll be all sweaty, and we’ll give it all we’ve got.”

“Whether we try or not,” she observes, “we tend to be all about intricacy in our music. And intricacy doesn’t always work in every setting. It’s been a lesson learned.” In contrast with the partying Bonnaroo crowds, “In a setting like LAB, we would expect our audience to be totally interested in music. So we’ll bring out our most intricate, most intimate stuff alongside our more ‘up’ and straightforward songs.” she believes that the group’s experience with extensive touring in varied locales and in front of different kinds of audiences means that “we have learned how to put together a set list that gives each audience what it wants.” 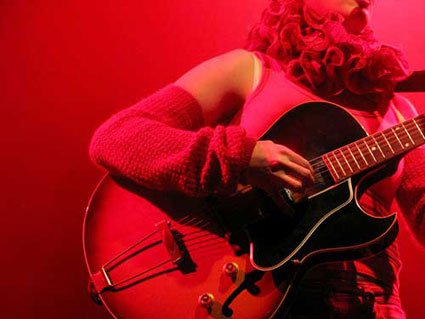 The LAB sate will be the second time Clare & the Reasons have played to an Asheville audience. “We played Moogfest a couple of years ago (2010). I love that town; I love the scene,” she gushes. And she adds a tidbit for those who’ll be attending the Wednesday show: “We’re actually selling the new CD and vinyl of KR-51 at the show. We thought it was be a fun thing to do; it comes out officially July 10. However,” she chuckles, “we do physically threaten to harm anyone if they upload it to the internet.”