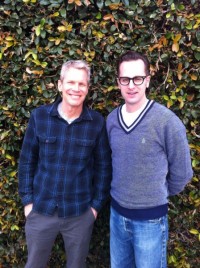 Sometimes, even when everything else lines up in a reissue’s favor, potential costs (licensing, etc.) put the project out of reach. “That does occur,” admits Real Gone Music’s Gordon Anderson, “but less than it used to. Because the labels are adjusting their expectations to the conditions of the marketplace.” But he adds that “if a licensor is going to be demanding a lot for an album reissue, and you know that its commercial appeal is limited, sometime you have to just walk away.” Anderson goes on to explain that existence of a foreign reissue of a title can also doom its domestic release: “The world has gotten a lot smaller. If [a reissue title] is out anywhere in the world – even Japan – it’s probably not worth doing.” He points out that there isn’t enough demand worldwide to support the success of duplicate reissues.

At Collectors Choice, Anderson forged a successful and fruitful working relationship with ABKCO, the organization formerly headed by the late Allen Klein. While ABKCO administers a lot of extremely high-profile reissues (much of the Rolling Stones‘ catalog, for example), CCM partnered with them to reissue material from their Cameo-Parkway vaults. Titles from Terry Knight and the Pack, Chubby Checker and others all came out on CCM shortly before the label ceased operation (Thanks to Anderson’s relationship with the ABKCO people, many of those titles are coming out once again, this time on Real Gone). “They really wanted to get that stuff out,” Anderson says, “and we were happy to help them do it.” The first two (long-sought) albums from ? And the Mysterians finally came out – on vinyl, no less — on Real Gone in late 2011.

Gordon Anderson dismisses the notion that some releases are taken on knowing they’ll lose money, only to be offset by more blue-chip titles. “That’s not the attitude I take,” he insists. “I don’t do anything I know isn’t going to sell. There are certainly titles I know are going to sell better than others.” He mentions that compilations tend to sell better than straight album reissues, but “the flip side of that is that compilations are more expensive to put out, and more time-consuming to do.”

Anderson’s reputation in the industry means that he doesn’t have to – hat in hand, so to speak – explain to the labels who he is each time. “I put out something like 1500 releases at Collectors Choice, so they know who I am.” He chuckles and adds, “For better or worse.” And the plan is similar at Real Gone. “All one has to do is to look at our rather prolific release schedule to see that our business plan calls for building up our catalog pretty quickly.” He explains that once the catalog size reaches a certain critical mass, those catalog sales will provide a solid foundation to keep the business on an even footing. Pointing to the success of fellow reissue labels Ace and Cherry Red, Anderson admits that “We’re not trying to reinvent the wheel.”

In recent weeks, RGM has released a twofer of Tubes albums; a Little Willie John compilation; a Mark Lindsay solo singles collection; and a staggering long and eclectic list of other titles. Anderson is diplomatically cagey about revealing Real Gone’s release schedule in advance of any official announcements, but at press time, RGM had announced upcoming reissue/compilation titles including ones from The Germs, Mick Fleetwood’s Zoo, Jerry Reed, The Dūrocs, The Electric Prunes, Timi Yuro, Rita Pavone, and The Tokens. New titles are announced every month; the latest Real Gone Music news is posted at their website, http://www.realgonemusic.com/.