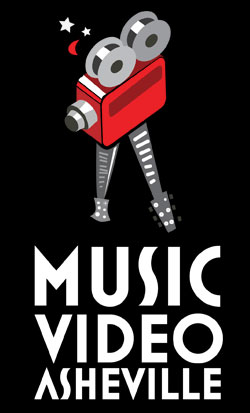 Bringing together video music shorts from a wide array of locally-based musical artists, the MVA was exceptionally successful at presenting a cross-section of contemporary music. Pretty much every hip-and-happening genre was proudly represented by at least one entrant. There was Americana (the Dixie Chicks aesthetic of Underhill Rose), trip-hop/downtempo (Two People Playing Music), a piss-take of 80s-styled montage-video (Kipper Schauer), and highly appealing blues-rock with an organic flavor (“Down to the River” from Caleb Johnson, one of a handful of my personal favorites from the evening’s thirty videos).

Kovacs and the Polar Bear‘s “Speckled Hen” suggested Fleet Foxes in a poorly-lit room. The Critters looked like Velvet Underground at a hootenanny. And the clip for The Night Lights‘ “Building” made effective use of local Asheville landmarks shot in artistic ways.

There was humor, to be sure. The intentional sort of yuks were brought through a clever, skillfully edited and generally entertaining “Shamble” from Agent 23. When the video won an award (the presenter mumbled and rushed a bit so I missed the what-for part of the award), the trophy was accepted by a trio of “drop-dead lovely” ladies in full zombie attire (if you see the video, it makes sense; trust me). Another video – sort of a Spinal Tap-at-the-Renaissance-Fest sort of affair – elicited repeated howls of laughter throughout the near-capacity audience, but as best as I could discern, the video wasn’t designed as a comedy. A few entries — including one fronted by a singer who’s a vocal dead ringer for the (also dead) Shannon Hoon of Blind Melon — made visual use of puppets. But puppets (like clowns) generally creep me out, so my personal bias prevents me from rendering anything approaching objective judgment on those. 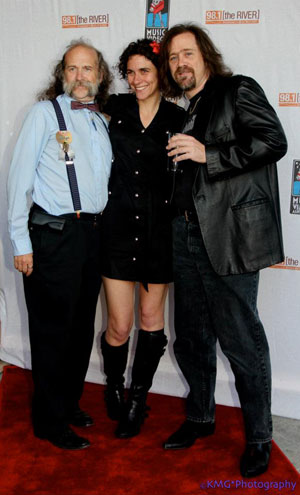 Asheville-based jazz-pop-noir act stephaniesĭd had two entries (one of only a handful of acts to earn multiple spots on the program), and both ranked among the most professional and compelling offerings of the night. There were some weak entries, to be sure. A few acts provided quality music, only to have their visuals thrown together in the most haphazard and offhand manner possible (I won’t name names, but suffice to say there were a [very] few with low production values, whooshy MP3-ized audio and a paucity of visual ideas).

Since the whole concept of music videos really took off with the launch of MTV in the very early 1980s (Michael Nesmith‘s earlier efforts notwithstanding), one would expect at least a token offering of rock music. But in fact there was more than that on offer. Indeed, there was some straight-ahead rock to be found at the evening’s affair: Total War‘s “You’re Over It” reminded at least a couple attendees of mid-80s music of The Fixx, and Mad Tea brought some welcome homespun jangle with “Rain Remember.”

A number of rap videos were included in this year’s MVA. One offered up a rote menu of Benzes-n-bitches; another was standard-issue tux-and-limos hip-hop, a third boasted rappers in Desert Storm-styled fatigues plus a ballet dancer(!) and yet another would best be described as a sort of puking hillbilly hip-hop. Still another took a hoodies-and-handclaps approach, and another employed the groundbreaking visual device of showing white rappers with their ball caps on backwards. But the people’s choice award and the decision of the blue-ribbon judges’ panel (including longtime WNC patron of the arts and go-to guy for all things creative, Don Talley) chose Chachillie‘s clip for “5150” (a track with no discernible connection with the Van Halen album of the same name) as the night’s winner.

Me, I don’t get it at all. One of my criteria for a successful music video is: Does it involve me? Does it make me care? On that score, both of Chachille’s videos left me cold and unmoved. But many people with whom I spoke picked the act’s videos as a clear favorite, and did so using essentially the same metric as did I. So I’ll agree to disagree and respect the decision of the judges (and the audience).

For me the finest video was a monochromatic and relatively static video that somehow still managed to be quite visually arresting. Hypnotic, one might even say. Jonathan Scales Fourchestra‘s “Longest December” was a black-and-white video showcasing the band members as they ran through a prog-jazz-downtempo number that placed Scales’ steel drums out front. Musically amazing stuff indeed, and a video to match.

Even the weakest videos had their charms, and there were very few how-did-this-get-on-the-program moments. At a mere $8 a ticket (VIP tickets were available for those inclined to avail themselves of a full-scale awards night experience, complete with red carpet, velvet ropes and paparazzi) there’s no way anyone could have come away feeling they didn’t get a full evening’s entertainment.

This was the fifth year for the event, one that has grown steadily each year. It was my first MVA, but there’s little doubt I’ll be back next year.