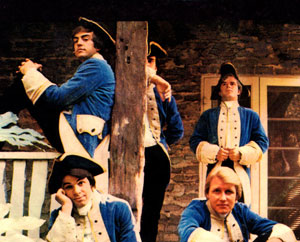 As more-than-occasional readers of this blog may have noticed, I have written pretty extensively about matters related to Paul Revere and the Raiders. For those interested, here’s a quick summary with links to the highest-profile of these.