Album Review: Pink Floyd – The Dark Side of the Moon (Experience Edition) 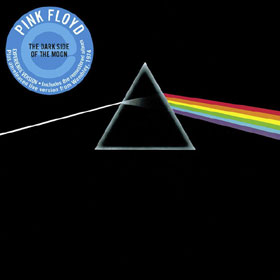 Pink Floyd‘s The Dark Side of the Moon is one of the greatest albums of the 1970s – right up there with Who’s Next and a very short list of others. It has aged incredibly well, despite its futuristic and groundbreaking use of then-new technology – most notably the VCS3 synthesizer – and sounds as contemporary and relevant today as it did on its release in 1973. Readers who do not accept these incontrovertible arguments, please note: in this review I will not attempt to persuade you to my way of thinking. Nearly forty years after its release, if you don’t get The Dark Side of the Moon, well, you don’t get it.

Thematically unified, seamlessly produced and engineered with the utmost attention to detail, DSOTM set the 1970s-and-beyond standard for albums as an entity unto themselves. Certainly there were unified-concept releases before it. Some held together better as narratives, but none equaled DSOTM in terms of sonic continuity: The Dark Side of the Moon was (and remains) a movie for the ears.

At the very tail-end of 2011, EMI released yet-another-version of this classic album. First, of course, there was the original vinyl LP (and cassette, and 8-track). DSOTM got the Mobile Fidelity Sound Lab treatment on vinyl at the end of the 70s, and was an early offering on the new CD format in 1984. The Shine On CD box set included DSOTM along with several other Pink Floyd albums (the selection of discs for that set long having been a point of contention for fans). A SACD version (with a 5.1 approximation of the original’s quadrophonic mix) came out in 2003. Yet another box set (Oh, By the Way) righted Shine On‘s wrongs by including DSOTM along with most (but not all) of Pink Floyd’s other albums. With so many reissues – coupled with the fact that the album remained on the Billboard charts for a staggering 1500-plus weeks – it’s perhaps one of the easiest albums to find, new or used. So why should anyone pay attention to the 2011 reissues?

The answer is both simple and complex. A new 2CD set of DSOTM dubbed Experience Edition presents on its first disc the original album, remastered by James Guthrie, a long-time associate of the band. It sounds flawless, as does every other previously-released version of The Dark Side of the Moon. But it’s the second disc that makes this package essential. While in the 21st century, the idea of a band rolling onto a concert stage and presenting one of their albums in start-to-finish format seems relatively ordinary, in the early 1970s, it most certainly was not so. The Who had done it for a few years with Tommy – and would briefly take a crack at the approach again with Quadrophenia – but for the most part, such things simply weren’t done in those days. 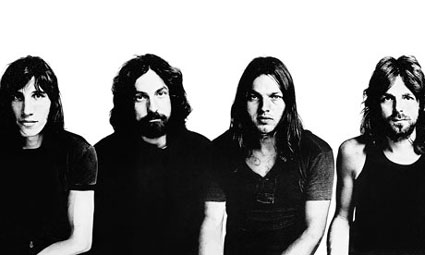 But Pink Floyd had developed The Dark Side of the Moon as a unified work, even though its compositions were from the various members of the band. That quality, in fact, is one of DSOTM‘s strengths, and one of many reasons why it beats the hell out of the Roger Waters-dominated 1979 concept album The Wall. As early as January 1972, a near-finished performance version of the work had been developed, and in fact Pink Floyd premiered it the The Dome in Brighton and Portsmouth, England on the 20th and 21st of that month, a full fourteen months before its release as an album. To be sure, those early versions differ from the final work, most notably during some of the more abstract sections (“On the Run,” “Any Colour You Like”), yet they illustrated that Pink Floyd approached DSOTM not as a mere collection of songs, but as a suite.

Both the Brighton show and the Portsmouth performance have long circulated amongst collectors, under the unofficial titles of, respectively, The Darkside Rehearsals and Darkside Premiere. In fact there are no less than six DSOTM shows in circulation from January 1971 alone, and more than forty (yes, forty!) live concert recordings of the work that date prior to the album’s official release in March 1973. (Sections of the Brighton show have been released on the six-disc DSOTM Immersion Edition, not reviewed here).

But as one might expect, most of those forty-plus live recordings of DSOTM are from audience tapes, and the sonic quality doesn’t do justice to the aural brilliance of the music, the performance and the live production (featuring the group’s notorious “Azimuth Coordinator,” a joystick-controlled device that controlled Pink Floyd’s groundbreaking [that word again] live quadrophonic mix).

By late November of 1974, Pink Floyd could play The Dark Side of the Moon in their sleep. But a somnambulant performance is not what the audience at London’s Empire Pool (in Wembley) were treated to on the nights of the 15th and 16th. By this point, the band had already added into their stage performance large sections of what would become the albums Wish You Were Here and Animals, but DSOTM remained the centerpiece of the show. BBC’s Radio One recorded and broadcast the DSOTM portion of the November 16 show, and though it too has circulated among traders for ages, it has only now received official release.

So with all due respect to the post-Waters version of the band – and I’m one who loves the David Gilmour-led era, having seen both tours (1987, 1994) – the later live recordings of DSOTM have all been rendered wholly obsolete. The 1988 live-double Delicate Sound of Thunder (that’s DSOT as opposed to DSOTM, by the way) included three songs from The Dark Side of the Moon, and 1995’s Pulse included the whole thing. And Roger Waters covered (so to speak) about half of the album on his 2000 In the Flesh live set, and has since mounted shows that re-creates DSOTM in its entirety. Or so they say. (Gilmour’s 2008 Live in Gdansk features about ten minutes’ worth of DSOTM music, and boasts Richard Wright on keyboards. But, still.)

But the Wembley show from 1974 is the real deal. The foursome are aided and abetted onstage by three auxiliary performers. Saxophonist Dick Parry turns in solos that differ a bit from the studio versions of “Money” and “Us and Them,” but they’re tasty nonetheless. Vocalists Venetta Fields and Carlena Williams do their best to recreate the wonderful ambience provided on record by (among others) Doris Troy and Clare Torry. The band follows the sequence of the album very closely, owing in part to a reliance on tape-recorded effects (this was the 70s, after all), but they do stretch out on some numbers, most notably “Money.”

There’s lots of shade-and-light in the performances, and those who maintain that Waters (bass) and drummer Nick Mason weren’t world-class musicians had best take a close listen to this show. Mason’s roto-tom work on “Time” is every bit as subtle and explosive on the Wembley reading of “Time” as on the studio version. And while Richard Wright had to simplify his keyboard parts a bit for live performance – on the album, there’s quite often two-handed piano, two-handed-plus-pedals organ and VCS3 synthesizer all going at once – the choices he makes are always the right, most expressive ones. And David Gilmour is, as always, David Gilmour: his sonic flights on the Stratocaster and soaring vocals (often in harmony with Wright) help make what would otherwise be simply a prog-rock work instead one of the most accessible and important rock albums of the 1970s. Or any other era, for that matter.

You may also enjoy my critical essay covering the entire recorded output of Pink Floyd. — bk.