Album Reviews: Badfinger – Badfinger and Wish You Were Here

Earlier this week I had the pleasure of an informal chat with Dan Matovina, author of the essential 2000 book Without You: The Tragic Story of Badfinger. Talking with him reminded me just how unlucky that band’s legacy continues to be. In 2007, their two post-Apple albums for Warner Brothers were finally reissued on Collectors’ Choice; since then CCM has gone out of business, and now CD copies of those albums sell for upwards of $30-$70. (They are available as reasonably-priced MP3 downloads, however). So here’s a Blast From the Past: reviews of Badfinger and Wish You Were Here.– bk 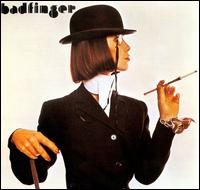 In the waning days of the Beatles‘ career, their Apple label singed a number of promising acts. But as the Beatles splintered, their attention to those acts’ careers flagged. Some acts faded away. Some, like James Taylor, immediately left for more fertile pastures. And some hung on. Badfinger was in that the latter category. Originally The Iveys, the Welsh/English quartet was responsible for some of the finest melodic rock/popwerpop of the early 1970s. And they sold lots of records for Apple. But eventually, in the face of Apple’s likely demise, they too left, signing (for a huge advance) with Warners. 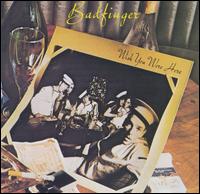 Through a series of events akin to a Shakespearian tragedy — best chronicled in Dan Matovina’s book Without You: The Tragic Story of Badfinger — their time at Warners yielded little in the way of commercial success. But their two discs for the label — the eponymous album and Wish You Were Here (released well before Pink Floyd‘s album of the same name, by the way) were full of the same high standards of writing, singing and playing. In fact Wish You Were Here is the group’s artistic crowning achievement. WYWH was pulled from the shelves almost immediately after its November 1974 release, making vinyl copies something of a rarity (and yes, I have one). Surprisingly, Apple has licensed Collectors’ Choice the rights to release these overlooked gems from the period when rock reigned. Even though they’re issued without any bonus tracks, these two are near-essential.