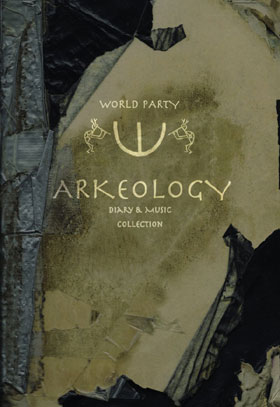 Karl Wallinger forced my car off the road.

Really, he did. It was sometime in 1990; I was driving in the car with my then-wife and newborn daughter as passengers. I don’t recall where we were headed, but I had the radio on, tuned to WRAS, the noncommercial college radio station run by students at Georgia State University. A new song called “Put the Message in the Box” came on, and the song’s infectious hook, classic melody and upbeat-yet-plaintive lyrics completely took my attention away from whatever I was doing at that moment (except driving). So much so that I scouted out the nearest safe place to stop, and pulled the car off the road. With a gentle “shh” I requested that I be allowed to enjoy the rest of the song without distraction. My passengers graciously obliged.

World Party‘s “Put the Message in the Box” remains an all-time favorite of mine. It wasn’t the first of their songs I knew, not by a long shot. I picked up Private Revolution when it came out back in 1986; “Ship of Fools” was my favorite (and the hit) off that debut LP. But three-plus years had elapsed since Private Revolution – an eternity in the music business – and I suppose I viewed World Party as a one-(minor) hit wonder that faded away. So when Goodbye Jumbo came out, I grabbed it right away.

The final decade of the 20th century was that curious era when the vinyl format had been largely abandoned by the majors, and I wouldn’t purchase a CD player until late 1993, so it meant that when Bang! was released in 1993, I had to buy it on cassette (waiting simply wasn’t an option). By the time Egyptology was released (1997 – Wallinger took a long time between album releases) I had a CD player, and bought the album as quickly as possible. The Enclave was a new label with high hopes for its artists – World Party chief among them – but it fell apart shortly after Egyptology‘s release, making the album harder than it should have been to locate in stores, and blunting any hopes it had of faring well on the charts.

Still, I was thrilled when I learned that World Party was actually going to tour; their Atlanta date remains one of the best shows I attended; of particular note was the way in which the band used the chiming coda of Egyptology‘s “Always” as a minimalist way to end the set.

That was it for World Party again for some time. By the time Dumbing Up was released, we were in the new century. The album’s homespun Photoshop cover fit – unfortunately – with a set of songs that somehow missed the mark. From anyone else, they probably would have been fine, and there certainly were a few gems. But in general the memorability quotient was lower than previous releases, and Dumbing Up paled particularly when put up against Egyptology, the album that (for my money) was the most consistently-great set of songs Wallinger had ever turned out.

In 2001, Karl Wallinger had suffered an aneurysm that left him debilitated (he would successfully fight his way back to health), so it’s safe to say he had other fish to fry, as it were. Dumbing Up would be reissued with different artwork and other tweaks in 2006, and a best-of Best of Show would follow in 2007, but for all intents and purposes World Party had faded from the pop music radar. Yet a high-profile set at the 2006 Bonnaroo Festival reminded those who paid attention that Wallinger was far from a spent force creatively. A 2011 date at SXSW reinforced that point, but no new music was (yet) forthcoming.

But now in 2012 we have, sort of, new music from World Party. Arkeology is a 5CD set that spans the entire history of the band, from the mid-80s to (one supposes) present-day. With a title that’s a play on the Beatles‘ Anthology, this set takes a similar (but not identical) approach. The set includes seventy tracks, very few of which have seen official release before now. 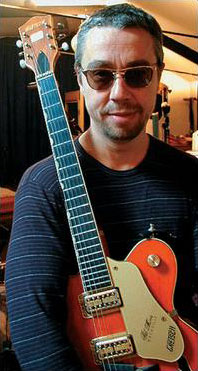 With but one exception, these aren’t demos. Every track on Arkeology is a fully-finished studio recording or live performance (about a quarter of Arkeology‘s tracks are live versions). With the exception of a stray track that has previously been released (say, a cover of the Beatles’ “Happiness is a Warm Gun” from World Party’s 1991 Thank You World EP), the music on Arkeology will be new to all but the most hardcore of fans.

Even someone such as myself – the sort of person who has a stack of World Party bootleg concert recordings and dozens of b-sides, alternate mixes and (still) unreleased tracks – there’s a lot to love on Arkeology. Start to finish, the collection sounds and plays more like a purpose-made album than a collection of odds and sods.

There are a few surprises throughout. On the first disc, a suitably high-energy of Little Richard‘s “Lucille” illustrates what World Party sounds like with saxes. Less surprisingly, the version owes a lot to the manner in which Paul McCartney has covered the song. “The Good Old Human Race” also recalls McCartney, in his early 20th century retro mode; the Rudy Vallee-styled soft shoe song is reminiscent of “Honey Pie” and Wings‘ “Baby’s Request.” (Wallinger’s background as musical director for stage shows is sometimes forgotten, but it’s clear that he brought a lot to that setting, and those production and arrangement values have remained with him.)

No less than two love versions of “Put the Message in the Box” are on Arkeology, and fans will need both, as they’re quite different from one another; each brings out different endearing qualities of the song. Two live versions of “Ship of Fools” are here for good measure as well. Again, different. One of them takes the song places that the studio version didn’t go, leaving behind the 80s production trappings of the original and bringing out its timeless qualities. Woo-hoo-hoo indeed.

As can be expected, there are a few throwaways on the set, but very few: “Silly Song” runs a mere thirty-nine seconds, and “De Ho De Hay” is under a minute, so they get a pass. A note-for-note recreation of McCartney’s “Man We Was Lonely” shows Wallinger’s oft-underrated skills as a musical mimic of the first order. On cuts like “World Groove/Mind Guerilla” and an outtake version of “What is Love All About,” Wallinger sounds like a Welsh version of Prince. And on the giddily ironic and topical-when-recorded “Kuwait City” the band conjures surf-and-stock era Beach Boys. “Lootin’ and-a-shootin’…ooo wee.” Hysterical.

A transcendent live version fo the shoulda-been-a-huge-hit ballad “She’s the One” is a highlight. Wallinger’s facility at working in funk, r&b (“Do What I Want,” the Detroit-flavored instro “It Ain’t Gonna Work”), psych, folk, rock and pop are all on full display. World Party lays down a thick groove with “This is Your World Speaking,” in which they synthesize all of their influences to create something that – in the end – sounds like nothing so much as…World Party. “We Are the Ones” is an embryonic version of “Curse of the Mummy’s Tomb” from Egyptology. Well, actually, it’s not: it’s a wholly different song that’s built upon the descending riff that forms the centerpiece of the song. 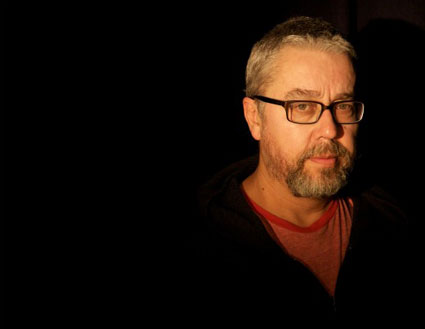 The advance of Arkeology (the album-proper comes out in mid-April 2012) doesn’t provide detailed track info, so it’s hard to ascertain when most of these tracks were started or finished. But the (here’s that word again) timeless quality of World Party’s music means that most any of the songs on Arkeology could have been added to any of their previous studio albums, and wouldn’t have seemed out of place.

The hardest-of-hardcore fan (me!) could, I suppose, take issue with some of the selections, wondering aloud why it doesn’t include ace covers of John Lennon‘s “#9 Dream,” and Beatles classics like “Nowhere Man,” “All You Need is Love,” “Penny Lane” and “Martha My Dear” (not to mention “World Without Love”). But (a) that’s quibbling, since Arkeology as it exists is filled with riches and (b) I have all those ultra-rare tracks on various CDRs anyway. Moreover, we get “Fixing a Hole” from Sgt. Pepper, a thrilling “Dear Prudence” – one that takes the song in a logical and lovely direction – and a live cover of Sly and the Family Stone‘s “Stand.” And much more besides.

With Arkeology, Karl Wallinger and World Party have given us plenty to savor (and at a bargain price). But let’s hope that this isn’t some sort of parting shot, and that there’s much more to come. I suspect there is.

And I wouldn’t be the least bit surprised if one of those future songs forces me off the road once again.