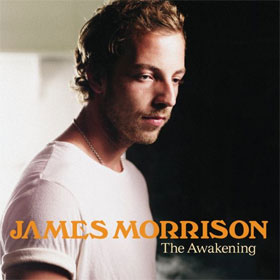 I have what I think is a bit of interesting history where the music of James Morrison is concerned. His debut album was released (in the USA) in early 2007. At the time I was quickly working my way up the “corporate ladder” (please note that my use of that phrase is rich with irony) at Skope Magazine, a Boston-based print publication that covered music and style, pop culture etc. I started out with them writing my “Bootleg Bin” column for their online edition, and eventually began writing features and reviews for the print edition. I scored a relatively major interview with The Flaming Lips, and got my first cover story with a feature on Fall Out Boy (yeah, no kidding).

In 2006 I went from a regular contributor to copy editor, to editor, to editor-in-chief. By late that year, I was editing every word that appeared in the print magazine, and was also contributing at least one feature and two reviews to each issue. I was also holding down my full-time job (since 1996 I’ve been self-employed as a web designer/marketing consultant). And just to make things really interesting, my personal life was in utter disarray: my marriage had fallen apart, and by year’s end I was – as the expression goes – “couch surfing,” with my record collection and most other worldly possessions in storage.

The point of all that slightly uncomfortable personal disclosure is to set the backdrop for the circumstances under which I first heard Morrison’s Undiscovered. I reviewed the album for Skope. Then as now I received the record as emotionally rich and textured. In particular, I singled out Morrison’s vocals for special praise, comparing him – with (in retrospect) perhaps just a bit too much effusiveness – to Steve Winwood, Rod Stewart and Stevie Wonder. Maybe because my own nerves were completely raw, his emotionally unalloyed delivery struck a chord with me. In those days, I assigned star-rating to reviews, and awarded Undiscovered four of ’em.

That was the end of that, for awhile. I sorted my life out (after a fashion) and moved on. Skope imploded under circumstances that remain murky; all I know is that checks for several grand due to me would never arrive. The magazine exists now as an online-only entity, populated by many of the writers I turned away in an attempt to maintain high quality editorial standards.

When Morrison’s followup Songs for You, Truths for Me, appeared a year and a half later, a review copy again landed on my desk. Yet for whatever reason, it didn’t resonate with me. All of the elements that made Undiscovered so successful were again present, but the disc didn’t move me in the same way. In retrospect, that probably said more about me than it did about the music. But in any event I passed on reviewing it, and once again, that was pretty much that.

Fast forward to late 2011. In the interim, Morrison has enjoyed critical success, and made some commercial inroads into the American market. Undiscovered rose to #24 on the Billboard 200, and Morrison more or less dodged the sophomore slump with his followup, which reached #49 on that chart. In October ’11 Morrison’s third album The Awakening was released.

The same warm and soulful vibe is again in evidence. Any edges that Morrison might have had have by now been sanded to a high polish. That’s not categorically a bad thing: smooth pop of this sort can often benefit from a glossy approach. The songs are sturdy enough compositions, but three albums in, it’s becoming clear that the qualities that make Morrison’s music enjoyable as it is are (a) his voice and (b) the arrangements. Tasteful in the extreme, there’s nary a note out of place. The string charts on numbers like the disc’s opener “In My Dreams” do recall the kind of thing Ahmet Ertegun‘s Atlantic Records was known for, and the last half-minute of “In My Dreams” places the focus wholly on those strings, to good effect.

There’s a bit of fret-buzzing guitar on “The Awakening,” but the gloss remains. A gospel feel permeates “Right By Your Side,” and the melancholy “One Life” strongly recalls Crowded House‘s “Pour le Monde” from their 2007 release Time on Earth. Attempts to bring a bit of grit to the proceedings are only partially successful: the reverbed guitar on “Around the World” and the song’s vaguely reggae feel coexist uneasily with the overall tone of the song (and the record as a whole).

“I Won’t Let You Go” is a midtempo number with more of those sweeping strings. “Slave to the Music” is every bit as pandering as its title suggests, and represents the album’s weakest — or at least most faceless – moment. “Beautiful Life” bounces along, and when the horn charts finally enter halfway through, it moves into the neo-soul territory so ably occupied by Fitz & the Tantrums and many others. “Forever” is the most upbeat track on The Awakening; more tracks like it might have made the album a bit more balanced.

In sum, The Awakening doesn’t grab me by the lapels the way Undiscovered did back in 2007, but it’s a solid if unspectacular addition to James Morrison’s body of work.