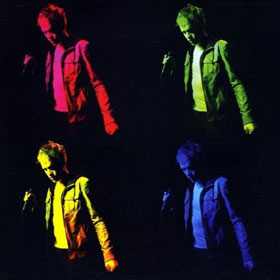 Dan Miraldi – Rock N Roll Band!
It takes some moxie to title your debut release EP Rock N Roll Band! (The exclamation point is Cleveland-based Miraldi’s, not mine.) “We Both Know” is a sort of mainstream take on – of all things – Nevermind-era Nirvana. “You’ve Got to Hurry” is a swaggering 70s rock-styled number reminiscent of J. Geils Band. “Mystical Queen” sounds like a Van Morrison influence filtered through 90s rock. With its handclaps, the title track feels like a rewrite of The Music Explosion’s “Little Bit O’ Soul.” The disc closes with “Give & Take,” which takes too long to make its musical point. But when it does, it sounds a lot like Material Issue. (It helps that Miraldi’s voice is more than a little similar to that of the late Jim Ellison. Overall this is fun stuff, competently (if not inspiringly) played. 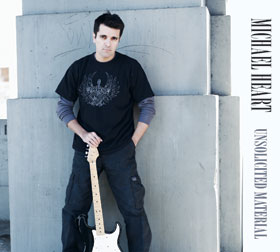 Michael Heart – Unsolicited Material
At the other end of the humility-in-titling spectrum we have Michael Heart’s self-released album. With an earnest sound that would be right at home as the soundtrack for any number of angst-laden young-person TV dramas, the songs on Unsolicited Material have that ineffable quality that suggests they’d work equally well rearranged as modern country, hard pierces-and-tats rock, or powerpop. Put another way, Heart writes catchy, memorable songs. Here they’re delivered in a mainstream rock idiom, with soaring, sustained power chords, impeccable harmonies and solid arrangement. There’s enough variation and texture across the album to keep things musically interesting, and Heart’s lyrics (often “story song” variety) encourage more close listening. 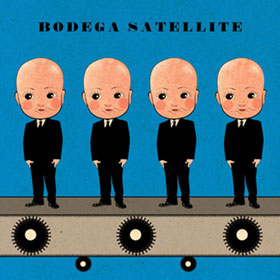 Bodega Satellite – Bodega Satellite
Here’s something a bit outside the mainstream. The prickly, angular and aggressive trio from New Jersey sings en Español. Well, when there’s vocals, they do, anyway. Bassist Christopher Rosseau suggests the band sounds “a bit like the Pixies (if they sang in Spanish)”. It’s true that guitarist Alberto Rios does have a voice similar to Black Francis. Musically, the sounds on Bodega Satellite are well-textured, balancing a nasty sonic attack with just the right touch of melody. The melody of “Al Fin” swings, almost, but the heavy delivery keeps it firmly in rock territory. The changeups in meter on a few of the songs – see “Abrazame” for a prime example — suggest arty aspirations form this trio, but again the muscular playing keeps things firmly planted on the grimy street. 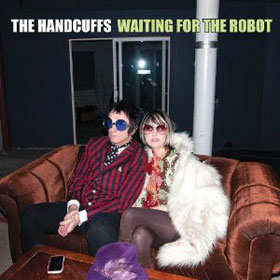 The Handcuffs – Waiting for the Robot
In researching this release, I decided to pull out my copy of the 1992 album Now Dig This from the Elvis Brothers. That late-period powerpop gem is an overlooked classic that synthesized the Rembrandts, Squeeze and other critical favorites. The reason I mention them is that half of the Handcuffs duo is one Brad Elvis, drummer in that trio. The other half is one Chloe F. Orwell. Sartorially speaking, the handcuffs are a glam outfit. Muiscally, they’re not so much powerpop as plain ol’ (if very good) rock. “Dirty Glitter” sounds like Wolfmother with a chick singer; “Miss you on Tuesday” sounds a bit like Divinyls-meets-The Muffs. As it turns out, Elvis and Orwell were the prime movers in Big Hello, a band that sported a sonic approach halfway between the Elvis Brothers and the Handcuffs. Many of the tracks on Waiting for the Robot are piano-centric – and a few sport some tasty horn charts — but there’s a sexy, swaggering street vibe throughout.

More in my next entry.