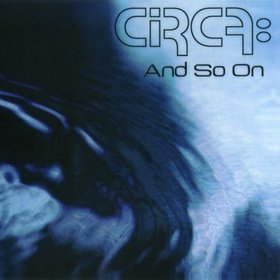 I’ve long been a fan of Pete Frame’s rock family trees. Frame has a way of untangling the knotty threads of who-played-with-whom and presenting the information in a distinctive visual format. But even the redoubtable Frame would have a tough time keeping up with the members of Yes (don’t even get me started on King Crimson). In 2011 alone, there are new albums from Yes themselves (the best-in-decades Fly From Here), Survival And Other Stories from Jon Anderson, Levin Torn White featuring Yes’ drummer of the last thirty-nine years), and a few I’m certain I’ve missed.

The band’s frequent lineup changes have also intertwined its history inextricably with Asia, King Crimson and other bands. It’s enough to give ol’ Pete a headache. But if one sets all (or some) of that aside and gets down to the music, there are some interesting things going on.

One of these is an outfit called CIRCA: (the colon is part of the name, but to avoid a headache of my own, I’ll not be using it throughout the remainder of this essay). Featuring Billy Sherwood on bass and vocals (though he played guitar and keys during his time with Yes) and original Yes keyboard player Tony Kaye, the group also includes guitarist Johnny Bruhns on guitar (he played on the Yes Union tour, but then so did about a bajillion other people) and a drummer noted on the packaging only as Ronnie (since, it seems, replaced by a Scott Connor).

Slightly faraway, disembodied vocals are a hallmark of several tracks on And So On. At its best, Sherwood’s voice sounds a bit like Gary Wright crossed with Peter Gabriel. Another consistent thread across the album is Sherwood’s very Chris Squire-ish bass playing. With song construction that’s a shade less “progressive” than what one might find on a Yes album – take the midtempo pop song “Notorious” as an example – that approach enlivens And So On.

Within the context of Yes, Kaye was always underrated as a keyboard player, overshadowed by Rick Wakeman’s much more aggressively showy style. On And So On, his style is matched more closely to the material. His organ runs fit nicely behind Aerosmith-style riffage on “Half Way Home.” Steve Howe’s acoustic spotlights on Yes albums have long been a highlight of those discs, and CIRCA’s version of that approach here is called “In My Sky.”

“True Progress” is a chunky rocker that places the focus on distorted organ runs and a dynamic arrangement; seven tracks in, it’s the strongest number on And So On. Perhaps not coincidentally, it’s also the most progressive piece on the album, moving through several distinct, er, movements.

The dreamy “Cast Away” is built upon a bass line reminiscent of Alan Parsons Project’s “Breakdown.” None of the tracks stand out as stellar numbers along the lines of “The Man I Always Wanted to Be” on Yes’ Fly From Here, but neither are any of the tracks throwaways. Expecting something as distinctive as the sort of thing Yes or King Crimson creates is an impossibly high standard, so I won’t be unfair to CIRCA. Weighed on its own merits, And So On is meat-and-potatoes prog-inflected mainstream rock with tight, expert (and occasionally inventive) playing, marred only slightly by relatively anonymous vocals.