File this one under Music You Probably Missed. This album found its way onto my desk in 2007 (pre-blog and pre-musoscribe.com days), and I reviewed it for a print magazine. Few people heard the album; fewer still read the review. I did in fact have the pleasure of seeing this group onstage not long thereafter, and their vaguely shoegaze-y approach suited the music perfectly. They did release a followup that — while good — did not match the heights reached here. Seemingly they are no more; the most recent (fan) post on their Facebook page dates from June 2010, and while it does suggest a live show around that time, no additional info was/is available. Anyway, this album is well worth seeking out. — bk 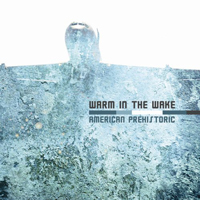 If there’s a useful musical reference point for this Atlanta-based group, it might be Scotland’s Teenage Fanclub. Warm in the Wake utilizes the gauzy Third/Sister Lovers-era Big Star vibe on a number of songs, most notably “Joseph Campbell.” (Extra points are awarded for having the moxie to name-check the mythologist.) Some of American Prehistoric‘s guitar squeals evoke Brian Eno‘s mid 70s work (not to mention his Achtung Baby production work for U2).The vocal harmonies on “She’d Never Seen It” call to mind a hipper version of CSN backing Thom Yorke, or some equally unlikely pairing. The songs chug along with wonderful analog synth washes propelling the sound an inch or two toward space-rock territory. For its final minute, “Dark Gypsy Moth” executes a stunning and beautiful musical left-turn.The jazzy arrangement of “Airport Girl” — maybe the strongest track on a near-flawless album — comes as a surprise too, on the heels of the title track’s fairly mainstream excursion. Subtle yet effective piano and (synth) strings from Dan Barker show that keyboard can be effectively worked into a rock aesthetic without going all 80s-trash-synth on the listener. The drums move things forward while setting out a pitter-pat approach that adds to the songs without exactly rocking out. Subtle stuff; it would be really interesting to see how these guys pull these songs off in a live setting.

Docked a half-star for a very slight sameness that creeps up toward the album’s end, American Prehistoric still easily makes my short list of best albums of 2007.