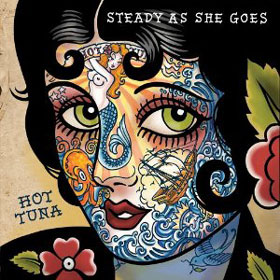 When lifelong friends Jack Casady and Jorma Kaukonen founded Hot Tuna in 1969, it looked to many observers as if the band was a busman’s holiday, a way for the pair of musicians to exercise some musical muscles that perhaps weren’t getting a full workout within the context of their other band, the Jefferson Airplane.

Any skepticism was quickly put to rest, however. From the start, Jack and Jorma were fully committed to their new project. Forty-two years, dozens of albums and thousands of live shows later, Hot Tuna is still going strong. (Save for a 1989 reunion LP, Jefferson Airplane ceased operations in 1973.)

There have long been two sides to Hot Tuna. Different yet compatible, the two approaches mostly stood apart from one another. Picking up a Hot Tuna album or seeing them in concert could reveal one of two very distinct forms: the electric and the acoustic versions of the band.

On their first LP, 1970’s Hot Tuna, Jack and Jorma presented themselves as an acoustic outfit; their approach was the (slight) updating of country blues. This live set made the point – without, it should be noted, beating listeners over the head — that there was and remains a vital connection between backwater acoustic music of the early 20th century and modern sounds.

On their second album, 1971’s First Pull Up, Then Pull Down, Hot Tuna plugged in. the results showcased that same connection as did the acoustic set, but did so using the other end of the musical spectrum. Both approaches worked.

Over the course of their many subsequent lineups, recordings and shows, Hot Tuna has managed to have it both way, though generally not at the same time. But in 2011 the group released Steady As She Goes, a record that distills everything that has come before, and still manages to sound fresh and new. For fans of both the electric and acoustic incarnations of Hot Tuna, Steady As She Goes delivers in a big way.

“The songs pretty much dictate the direction you’re going to go,” says bassist Jack Casady. Citing two ballads on Steady As She Goes – “Things That Might Have Been” and “Second Chances,” Jack notes that those songs “have that ethereal approach that makes you not want to clutter them up.” He points out that those songs’ “delicate nature” is brought out by the lyrical content, and that in the studio, “your fingers kind of tell you what to do.”

Jack recalls the development of “Things That Might Have Been.” “Jorma showed me that one when we were up in Alaska two and a half years ago. I fleshed it out and wrote the chart for it, and made a little recording, just on my iPhone.” Around that time, Hot Tuna were busy looking for a record company to release what would eventually be Steady As She Goes. “So I didn’t touch the song for a couple years, and I’m not sure Jorma worked on it, either,” Jack says. “The next time we really worked on the song was when we were in the studio. That extended time away from the song worked in their creative favor, Jack believes. “You want to be ready to apply any new ideas, without preconceptions.” 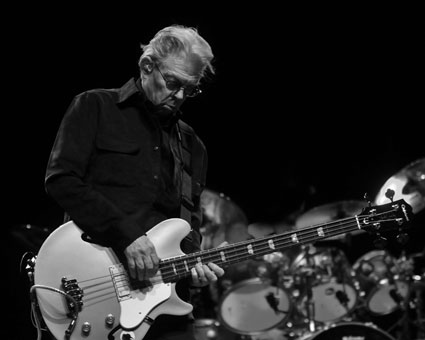 A similar approach was applied to previously-unrecorded songs that had been part of Hot Tuna’s live set. “We had been playing ‘If This is Love’ for about a year live in person,” Jack says. “But we hadn’t really worked on a tight arrangement. So when we got in the studio with [producer] Larry Campbell, we said, ‘Listen, let’s change things up between the verse. Let’s put in these little licks.’ That kind of stuff.”

The goal was to “give the songs a little more substance, particularly in the form of a CD.” Jack observes that “the things you can get away with in a live concert don’t always work quite as well on a CD.” On a recording, Jack notes that the listener’s attention span is condensed. “I liken making an album to making a movie,” Jack says. “It’s very important how you flesh out the material, how you try to be as concise as possible. You don’t need four choruses and four verse to play a solo over.” On a Hot Tuna CD, Jack says that the goal is to make the ideas succinct. “That way,” he chuckles, “you’ll hopefully have material that will stand the test of repeated playing.”

“I enjoy that studio atmosphere,” Jack says, comparing the process to the editing a good writer applies to his work. A writer “really works on how the words flow, the punctuation,” and making sure the thought is conveyed succinctly. “A studio album is done the same way. And that’s the difference between a studio record and a live album.”

Steady As She Goes features a mix of original compositions and classic old country blues numbers. Yet the transitions are seamless; the record never has a jarring change between styles. Jack credits that seamless feel to two things: the band’s longevity, and careful track sequencing. Engineer Justin Guip “just put the song sequencing up the way he heard it” in his head, Jack says. “And then after we did the basic tracks, that’s how we listened to them going forward with the project. Eventually we said, ‘You can’t mess with this; it works really well.”

The sequencing process was organic and effortless, but Jack note that all his album experiences haven’t been like that. “Believe me, in the Jefferson Airplane we went through a lot more turmoil with regard to the sequencing. But this one seemed to flow properly. It worked, so why mess with it?” 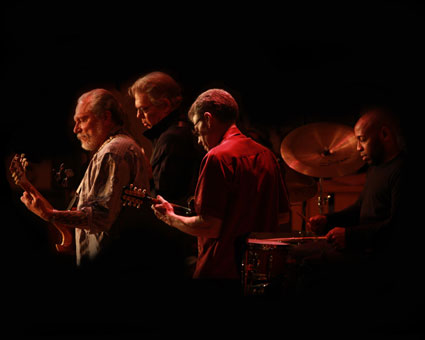 In the arc of history that is rock’n’roll, notably few musical collaborations have lasted for many years. But Jack and Jorma have been friends since school. “I was in junior high school, and Jorma was in high school, “Jack remembers. “Jorma was originally fiends with my older brother Charles ‘Chick’ Casady. I was playing guitar, and I met Jorma through Chick. We stuck up a friendship, which was kind of unusual in high school because of the age difference.”

“I had my Telecaster, and he was playing a J-45 (Gibson acoustic) and singing. So we worked up a little band together in 1958,” Jack says. He believes that their friendship is built upon that foundation, since “it was the beginning of both of our musical awakening, something that was pretty unusual for two middle-class kids.” He notes that the Casadys were a “doctor-lawyer family,” and that Jorma’s father worked for the US State Department. “It was okay for us to listen to rock’n’roll, but I’m sure our parents didn’t think we were going to make a career out of it. But in those next few years, both Jorma and I found something in music that – as it turned out — would be more true to us as a profession than anything any of our classmates had in their various professions.”