Home  »  interview   »   A Conversation with Pendragon’s Nick Barrett, Part One

A Conversation with Pendragon’s Nick Barrett, Part One

Among the modern variants of progressive rock in England, Pendragon is a well-established brand. Their sound is built upon the approach of the classic prog acts, but with a decidedly modern spin. I recently spoke with leader Nick Barrett about the band’s new album, Passion. 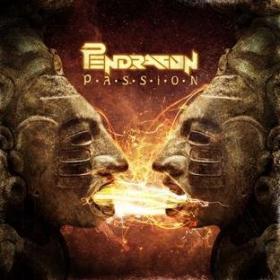 Bill Kopp: In the “progumentary” DVD that is packaged with the new audio CD, you answer a few questions that indicate you’re a fan of — and influenced by — artists like Pink Floyd and Genesis, to name two. But Passion — to my ears anyway — sounds less “classicist” in its approach, less reliant on trying to evoke the sound and feel of older prog. Would you agree, and why or why not?

Nick Barrett: Well, yes. I would agree. My initial influences in this kind of area of music were Pink Floyd, Genesis and Camel. Really, those three. I was never really a big fan of ELP or of Yes, apart from a couple of albums. So I feel kind of frustrated when people talk about prog music very broadly, because there are all kinds of different types.

And that’s just one slice out of my musical influences. Initially I liked bands like T. Rex and Slade, then Deep Purple, Jimi Hendrix. And then more recently, bands that you may have heard as more of an influential force on Passion, bands like Foo Fighters, Rammstein, or Deftones.

You know, there’s a lot of the nü-metal bands. About 2003, I thought that the progressive thing, in terms of the 80s style, had been done to death. And I was looking for something else. Not even so much the music, but the attitude. Bands like Radiohead; they were using Mellotrons, which were obviously used in the very early days of progressive rock. But they were doing it in a different way. And I thought, “There’s really something here I’m starting to like.”

And I thought, if we took fundamental influences (which is the Floyd, Genesis, Camel) and married the melody of that to some of these newer kind of approaches, maybe we could come up with something exciting. To be honest, it started with the album Pure, or even with the album Believe in 2005. But on the albums Pure and Passion, it really came home; I really felt like I found something exciting again in music, more than regurgitating – or trying to regurgitate – the sounds of music from the 70s. It seems so trite now; so contrived. There’s so many bands doing it, and I get the feeling they just don’t care any more. That’s the way I felt; I felt strongly about it.

BK: And even the seventies bands you’ve mentioned, they’re more what I would consider song-based. Even though the Floyd certainly had longer pieces, melody was always at the center. Same with Genesis; even though you’d have these great, long Tony Banks solos, the melodies would stick in your head. In a way some of ELP’s stuff could be like, “Look everybody, I can play the hell out of this.”

NB: Exactly what you said there, word for word, are what my feelings have been for the last thirty years! To me, Genesis were absolutely the band. They could do no wrong, pretty much all the way up to ABACAB. I liked them again on things like We Can’t Dance, but there was a different kind of magic. It was still very good, songs like “No Son of Mine,” or “Fading Lights.” I thought that one was just fantastic. I still had a soft spot for the Genesis thing. For me, it’s always all about the songs. So that’s where I’ve headed. Wen I hear riffs like [some of Genesis’ best work], there’s nobody else on the planet can come up with melodies like that. Compare that to the new crop of bands. If people could replicate that, I’d be mightily impressed.

But I’ve rarely, rarely seen it. I’m not going to mention any names, but there’s two bands I heard the other day that did this exact regurgitation of the eighties style, like Marillion. And the keyboard parts, they’re just not melodies. They’re aimless solos that don’t have any tune.

A lot of what I’m thinking came from last year’s High Voltage Festival. They had a prog stage, and I was actually fairly knocked aback by the lack of songs. That’s where I come from; that’s what I love. That’s what’s in my heart. I think stuff like “Carpet Crawlers” is one of the best melodies ever humanly written. I think it would be great if people were chasing after that rather than chasing after, “Hey, this is in 13/8 time signature.” To me, that’s so boring. It’s dated, and I’m not interested in it.

This is why I like bands like Porcupine Tree. They’re more emotional-based, more song-based. More atmospheric. Bands like that, and Opeth, among the modern clutch of bands, like Radiohead, are a million times more interesting than the “regurgitators.”

I wouldn’t mind the regurgitation so much if the songs were as good as the originals. But they’re not.

BK: On the DVD you show some of the genesis (no pun intended) of the album, and illustrate how it was built at least in part on computers, with ProTools etc. and doing things like adding drums on top of the instruments, as opposed to the old fashioned way of laying down rhythm tracks. What do you see as the advantages of this modern method? Do you think anything is lost by employing digital technology?

NB: Well, you always get something extra-special when you record something live. But you also lose something as well; it just depends where you’re trying to go. If I could actually imagine the Rolling Stones incorporating the method I’ve used for this album, it would be a disaster. The way that band comes over as being a world-class band is a lot due to their live sound, and their interaction in playing in a live fashion.

We’ve done some live recording before, and found, for example, “Er, the bass drum’s a bit out there.” Some bands would think, great. Because that incorporates part of their live sound. Take Radiohead: sometimes some of the playing is a bit wayward. I don’t mind it; it adds a tremendous amount of personality. I mean, if you want perfection, you might as well use everything programmed.

I’m not looking for perfection, but I am looking to structure melodies and songs that have atmosphere. And one way to do that is with ProTools. Start with a guitar riff or keyboard part, and build on that. Add some string and an organ, and so on. Replace it with some other sounds, maybe some samples, and try to build it that way. That’s how I write. The guitar parts might come first, and then I add keyboard things.

But to get an impression of what the song’s going to do, I always like to do demo drums. So the songs are completely written by the time they go to the band. And it’s a fairly focused way of working, because it means that the stuff is nearly finished when the band gets to replace parts, like the drums and the bass guitar.

It’s just the way that it works for us. Not doing it live, I suppose we lose something, but I think we make up for it by getting a certain tightness in our sound.