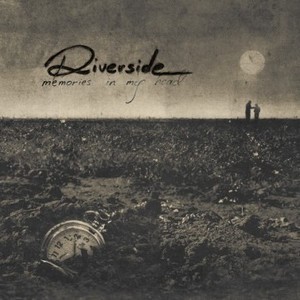 Having come of age in the vinyl era, some of my media/format definitions don’t quite match up with their modern usage. An LP was a “long player” and usually ran somewhere between 28 and 38 minutes, divided between two sides. An EP (extended play) was a single with a couple of extra tracks. And – this may confuse younger readers – a “single” had two songs, one on each side.

Unless you were Todd Rundgren, you didn’t feel the need or inclination to pack an album full of more than those thirty-eight minutes or so. In fact there was a down-side to doing so: more music meant the grooves were packed closer together, reducing the record’s volume. Hence Todd’s liner notes exhortations to turn it up.

That all changed with the advent of CDs. I recall Dire Straits’ Brothers in Arms LP (I was working for a record store in those days). The album was issued in three formats: vinyl, cassette and CD. As a means of enticing consumers to the glorious new digital format, the CD version included longer versions of some of the songs. Longer, yes. Better? Not so much.

My point, finally – and it’s a crushingly obvious one — is that more is not necessarily better. Quality wins over quantity every time. A good reminder of this axiom is the new, er, EP from Riverside, Memories in My Head. Made up of three tracks extending across some thirty-three minutes, the disc is nominally an EP. But in terms of quality, it’s an album.

These days, the Polish quartet Riverside is often thought of as prog-metal; of late their music has leaned toward Fear of a Blank Planet era Porcupine Tree, with atmospheric keyboards, kinetic drumming and metallic guitar riffage. But it was not always so: the group’s earlier efforts placed more emphasis on a flowing midtempo melodicism, taking a page from pre-Dark Side of the Moon Pink Floyd.

And it is to that aesthetic that Riverside returns on Memories in My Head. Recorded and released to commemorate the band’s ten-year anniversary, the EP intentionally revives their earlier sound. That’s clear even before removing the shrinkwrap: the title connects to the group’s 2005 EP Voices in My Head.

The trip backwards isn’t so surprising in light of recent history. Mariusz Duda (leader/bassist/vocalist/lyricist) has been moving in a more melodic, atmospheric direction on his pair of Lunatic Soul albums.

The chugging, pulsating opening of “Goodbye Sweet Innocence” calls to mind Pink Floyd’s “Welcome to the Machine.” But where (on the band’s recent albums) the tune might have exploded into a frenzy after the extended intro, here it unfolds into a dreamy throb, full of Alan Parsons Project-styled synth arpeggios courtesy of Michal Lapaj. When the guitar and vocal come in, Duda sings in a quiet, plaintive manner. Piotr Grudzinski’s soaring guitar lines owe more to David Gilmour than any more modern metallurgists. Piotr Kozieradzki’s drum work adds a modern spin to the music, sounds as it does influenced by the work of Gavin Harrison.

“Living in the Past” (no, not the Jethro Tull classic) is an example of what Duda calls “spacious, soundtrackish, nostalgic” music. Again, it’s extremely melodic stuff, free from modern metal influence. In fact in places it sounds more like Kansas or King Crimson. It too is long, moving through different movements (a bit like some of the suites on Porcupine Tree’s The Incident, but the music never meanders, never fails to compel.

The third and final track on Memories in My Head continues the record’s theme of passing time. “Forgotten Land” is built initially around a bass riff and Duda’s vocal. The two initially seem to have little do with one another, but the other instruments come in and tie everything together nicely. The song stays just this side of melodrama in its arrangement, eventually drifting off into some chorus vocals (shades of 10cc?) and gurgling mid-70s synth.

With mainstream progressive music this good, there’s simply no good reason to put any more of it on an album than Riverside serves up on Memories in My Head.