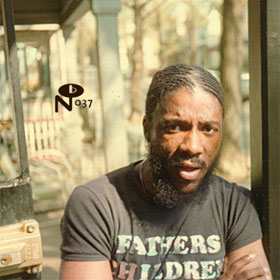 The story of Father’s Children is fascinating, but not altogether unique. Group comes together, develops a style, records an album, sinks without a trace. This Washington DC-based group recorded an album for Mercury at the tail-end of the 70s, but by that point they were past their prime, had endured myriad lineup changes, and had arguably lost much of what made them worthwhile.

But way back in 1972 they cut an album that was far better. Though the tapes ended up in the producer’s garage, the masters were rescued and are now available for the first time ever, on The Numero Group label.

Alternately funky and soulful, Father’s Children was built around multiple singers, allowing them to move seamlessly between styles. “Everybody’s got a Problem” is a funky slice or urban grit, with then-topical spoken-word section that mentions Watergate. The slow-jam “Linda” features ambitious vocal harmonies and sweeping strings, and sounds like what would have easily passed for a hit in ’72.

“Dirt and Grime” is a look at contemporary life with lyrics that aim for Stevie Wonder territory, an arrangement out of the Isaac Hayes playbook, and stacked vocals fronted by a high-voiced singer reminiscent of young Michael Jackson (if MJ had been a lot funkier). Some tasty fuzz guitar soloing adds another layer of interest. The title track combines a kinetic percussion part and electric piano backing, and highlights another of Father’s children’s many capable, emotive vocalists. The positive yet wary lyric tells the story: “If you’ve got the power, show me how.”

Lots of artists were heralding the comet in ’72, and Father’s Children were no exception. Their “Kohoutec” weds a funky street vibe to an Earth, Wind & Fire styled horn arrangement. The song features a groovy guitar solo that would have benefited form more prominent place in the mix. But like many of the tracks on Who’s Gonna Save the World, the vocals beat are what’s up-front. Chanted, spoken and sung vocals imbue the track with plenty of texture as it delivers the group’s spiritual message. Father’s Children were followers of Islam; their brand of religion was as accessible and non-confrontational as it was sincere and heartfelt.

That perspective is front and center on “Inshallah” (Arabic for “God willing”), a smooth song with a vibe reminiscent of Stevie’s ‘You Are the Sunshine of My Life.” The space-funk opening of “Father’s Children” leads into a percussive arrangement that distills dub-funk bass and (of all things) The Rolling Stones’ “Sympathy for the Devil” styled percussion into a cinematic whole. Some interesting Rhodes and Hammond work transforms this essentially two-chord workout into something special. At times the track veers surprisingly close to progressive jazz-rock.

The disc closes* with “Universal Train,” a Philly soul-styled workout that highlights the formidable vocal prowess of this large group. Isley Brothers-styled guitar breaks and an infectious chorus make this sound like yet another hit-that-never-was. The biggest surprise about Who’s Gonna Save the World is how it failed to get released in 1972; of course it’s mere speculation, but had this record made it into stores back in the day, Father’s Children may well have evolved into a household name.