Bill Kopp: Are there any real drums on English Electric? 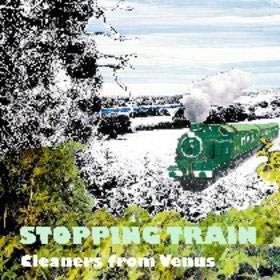 Lol, the drummer, had sort of fallen in love with this girl in Bath. He moved down to Bath, and he came back for a weekend to collect some books or something. Or maybe to change his shirt. So I sort of pinned him down and said, “Can I have a day with you in the kitchen?”’ So we set up a drum kit with three mics, and I recorded him doing five beats. And then I wrote myself around them. So Lol really should get a writing credit on that.

BK: When you go out to the shed, do you have the song’s whole arrangement in your head, or does it unfold as you record?

Martin: I have not a clue what’s going to happen, usually. I come from an old-fashioned approach. An orthodox thing about me is that I believe a song should sound like a song, even when it has only one voice and one instrument. Whether it be a piano or guitar or mandolin, you should be able to take that tune to a pub and play it. You should be able to play it to three people or whatever, and have them say, “Yeah, that’s good.” If you can honestly take the songs out that way, then you can record it.

The one area where I am a bit fussy is in how I write the song. And I like the idea where we’re finishing it, and we don’t get the fade quite right, and I can’t be bothered to do the mix again. So I just say, “Aw, fuck it. Just leave it like that.”

BK: With a few exceptions, you’ve operated totally outside what people call the music industry for most of your entire career.

Martin: Yes, I have. And it’s made me very poor. I think it was Groucho Marx who said, “I’ve worked myself up from nothing to a state of extreme poverty.”

BK: Yet these new records are available on Kool Kat. So, what changed: the industry or you?

Martin: Ray Gianchetti’s a really good guy. But I’ve dealt with record companies a lot. It’s just that now, my instincts tell me who to deal with. I still deal with mavericks. Some guys in Brooklyn called Fixed Identity have released five hundred copies of one of my old records on vinyl. And then Burger Records over in Los Angeles have just released things of mine on cassette. They’re reproduced two hundred fifty copies each of three seminal Cleaners From Venus tapes. In their original covers. They just remastered them slightly and put them out on cassette. Because all the kids are driving secondhand cars.

Of those three labels that I’m dealing with in America, Kool Kat are the most efficient. I gather that Ray is closer to my age. It’s a proper record company, but with no music industry bullshit. He must have been ‘round the block a couple of times. Like me. I’m from Essex, which is near London. People in London don’t quite think of us as hicks, but they think “Don’t fuck with them.” So when I found out Ray was from New Jersey, I thought, “Well, I can probably work with him!” 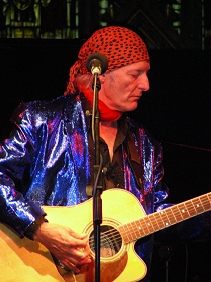 BK: You seem to possess a bottomless well of melody. In a perfect world “Call the Wrecking Crew” would be a huge hit. What would you do if, suddenly, your musical career sort of “took off” in a conventional way? I mean, if one of the majors came calling about re-releasing English Electric and giving it a big marketing push, would you send them packing?

Martin: At my tender age, what I would do is say, “Look: You can have it as it is. Go out and sell it. And I will do you some interviews, and I will talk to people. But I am not going to jump through hoops for you. I don’t want an advance; what I want is a big royalty.” So, no advances; they pay me for what they sell. If they don’t sell any, they don’t have to give me any money.

They don’t understand when I don’t light up like a pinball machine when they offer an advance. I can’t be bought like that. But I do want money.

BK: You’re well known in the UK as a poet. Is there a difference in the manner in which you approach song lyrics as opposed to the words to a poem? And do you ever start something out as one and have it end up as the other?

Martin: I’ve pretty much given seminars on this. I think of poetry and lyrics as being related, but I think of them as being cousins that are allowed to marry. They’re most certainly not brother and sister. When I write a song, I think, “I mustn’t approach this like a poem.” It’s got to be more spontaneous. There are just certain technical things: what word do I use at the end, the cadence of the thing. It’s important that when you’ve got a nice uppy, cheerful tune that the lyrics follow that. 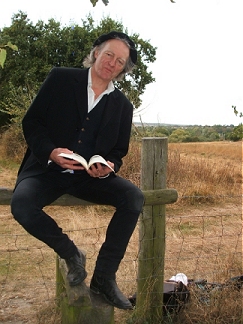 BK: Do you ever start out writing a poem and then discover that it’s a song, or vice versa?

Martin: No. Because when I’m writing a song, I nearly always – in about 99.98% of cases – will write the words to the music. The music will have come first. When I have a tune, the first thing I will ask is, “What season are we in? What is the mood of this? Is it angry, or is it about lost love?”

Or sometimes a title will suggest itself to me. There’s a song on English Electric which I really like called “All the Lights in This House.” That one I wrote for my daughter. Because she was kind of coming in late, and things like that. And I just wanted her home. And at the same time I saw a film called Geisha. And in the film there was a line about the Geisha having done really well: “Every light in this town was burning for you tonight,” or something like that. So that was a real song about a real person. But I haven’t written any other songs about her.

The Rolling Stones-y one you mentioned earlier, “Call the Wrecking Crew,” that’s [a story] about twenty years ago. I had had to move in with a friend whose girlfriend had left. I moved in, and the two of us were very bad for each other, really: “What should we do: cook dinner or go out for a drink?” I remember him knocking about to get the key in the fucking door, and things like that. One window pane got broken three times because he’d have to punch it out to get back into his own house. He couldn’t find the keys, though usually they were in his pocket.

BK: Your music has what I’d call a timeless quality. What do you listen to for pleasure?

Martin: Everything! Well, no, not everything. What have I got on at the moment…this bloke called Jake Thackray. A lot of French stuff. High Llamas. Kimberley Rew; he’s a friend of mine.