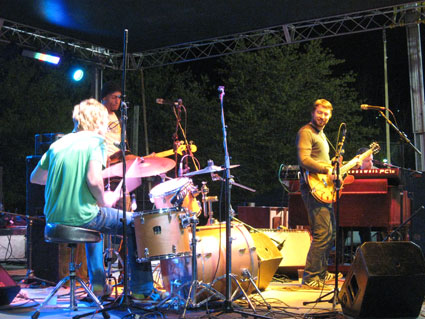 I don’t ever want to miss an opportunity to encourage people to check out The New Mastersounds. Whatever you’re into — rock, jazz, instrumental, jam bands — this UK aggregation deserves a listen. Readers in or close to Asheville NC have an ideal opportunity to see the group live this coming Friday (April 29) at Pisgah Brewing in nearby Swannanoa. While you anticipate that sure-to-be-splendid show, check out my interview with the band. And below is a widget-thingie that’ll let you download a free track from the band. See you at the show.