Not that this writer would ever admit to being a collector of unreleased live and studio recordings – perish that thought – the ethics and controversy surrounding the practice of taping shows is an interesting topic. I recently spoke with Porcupine Tree’s Steven Wilson about his band’s policy on that practice. We also discussed the group’s ever-evolving fan base. — bk

Bill Kopp: There used to be a pretty active set of fans who traded audience recordings of Porcupine Tree shows. And it seemed — whether it was accurate or not — that you took a relatively laissez-faire attitude toward the practice. but a couple of years ago that changed: the major torrent sites have all dropped Porcupine Tree from their lists (at behest of the band, I assume), and it’s made quite clear to people attending the shows that recording is not allowed. What precipitated the change? I know Robert Fripp is, shall we say — militant in his position on the subject; did his attitude at all influence yours? 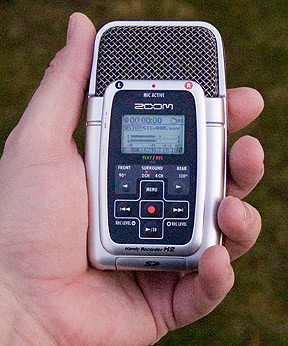 Steven Wilson: This is a very complex question, and for one very simple reason: even within the band, we do not have consensus on the issue.  Personally, I don’t mind. I don’t mind it. I’m a fan myself, and I understand the appeal of live tapes. And I understand and accept that anyone that trades live tapes is also the kind of person that is going to want to own all of the official studio recordings anyway. So it’s not like it’s robbing us of any royalties.

And I think that the other guys in the band that do object, that’s not their objection. They object to the presumption that it’s okay for someone else to barter and trade our intellectual property. When you buy a concert ticket, you are not buying the rights to record the show and trade it. And I think there was almost a suggestion from some people that they had that right. That is what upset the band. Not that people were doing it; in fact, if people would have not been so irate about it [affects hooligan voice] “We’re doin’ the band a favor, y’know” – I think we would have turned a blind eye. But some people took such an attitude with it: “Other bands don’t mind us doing it; what the fuck makes Porcupine Tree any different?” That attitude [chuckles] really pissed us off. I think at that point we were like, “Right, well, actually you can just forget it.”

But I have to say, I don’t mind it. I do object when I see people sticking microphones up my nose, in the front row. If I see anyone doing that [laughs] I’m going to have security remove them. Because that’s just obnoxious. But I don’t mind if people come and discreetly at the back make a recording of it. And I know that it’s just for their own use, for the superfan.

Yet there are people in the band who don’t feel that way; they feel that we shouldn’t allow anything. So obviously in that situation we have to go with those people. I could talk about this all day, because it’s very complicated. But that’s a brief feel of where we’re coming from, I think.

BK: When I first interviewed you in 2007, it was in person here in Asheville right before you played at the Orange Peel. You played to a packed and appreciative audience. For all the right reasons, the band’s profile has increased quite a bit since then, and in 2010 you played a much bigger Asheville venue, the Thomas Wolfe Auditorium. How have the audiences changed in the last few years, if at all?

SW: They have certainly gotten younger. Not completely, of course, but the percentage of young people has certainly gone up. Which is great. And the percentage of females has gone up, too. You know, I’m saying all this because obviously I recognize that in the early years our fan base was somewhat exclusively late twenties, thirties, early forties males. They weren’t teenagers, and they weren’t girls. So that’s changed, and I think that’s definitely a sign that the music has made more of an impact in the mainstream. We’re certainly by no means a mainstream band, but we have crossed over to a market that are less genre-specific.

In the early days our fan base came almost exclusively from people who liked psychedelic music, progressive music, space-rock, et cetera. Those kinds of subgenres of rock music. Now, I think [our fans include] a lot of people who just like rock music. We’ll see people with Radiohead t-shirts, Nine Inch Nails t-shirts, Muse t-shirts. Less of the kind of, you know, Pink Floyd and Hawkwind t-shirts. And I consider that to be a sort of a little victory. Because I never wanted to be a generic band; I never wanted to be tied to a genre. And it used to upset me when we were kind of dismissed or summed up as prog-rock or whatever. Because I thought, there’s lots of things which we do that transcend any genre classification. At least I hope they do.

If I’m going to have anything in my obituary when I die – god forbid, not yet, but when I do die – I hope people are going to say “There was something about his music, their music, that was completely unique.” And that’s hard to do these days, to find something that’s unique. Because so much ground has been covered in rock music in such a short period of time. When people say that something else sounds like Porcupine Tree, to me that’s the ultimate compliment. Even if they don’t like it! The fact that the fan base has expanded, that it no longer comes from one genre, is a compliment. I like that.

Update November 2011 – While Porcupine Tree shows had already been prohibited on Dimeadozen’s torrent list, Blackfield and Steven Wilson solo shows had — pointedly — not. In fact Dime’s wiki cited the above article in its explanation allowing SW’s shows. Well, that’s changed now: at the behest of the artist or his management/label, no performances with SW involvement are allowed. Oh, well. — bk