Home  »  interview   »   A Conversation with Mariusz Duda, Part one

A Conversation with Mariusz Duda, Part one

The Polish post-progressive quartet Riverside has established a loyal following in their native country and across Europe. They’ve made critical and commercial inroad in the USA as well. The group released their live DVD Reality Dream in 2009; that release documented the group’s successful tour. Amidst all that activity, bassist/vocalist Mariusz Duda embarked on a solo side project in 2008, releasing the album Lunatic Soul (though it’s essentially a Duda solo album, it’s credited to Lunatic Soul as well). In November 2010 Duda released a follow-up/companion album, Lunatic Soul II. I recently got an opportunity to discuss the project with Duda; that conversation follows. — bk. 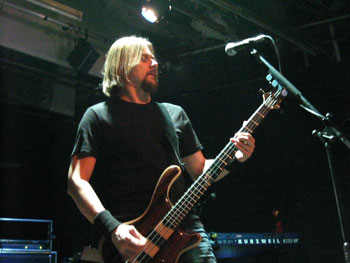 Bill Kopp: There’s a very cinematic quality to the music, almost like a soundtrack without a film. It’s very emotionally evocative. Was it your goal to vividly convey moods even in the wordless parts, like the opening track “The In-between Kingdom”?

Mariusz Duda: Yes. I wanted to create a cinematic story. Because, to be honest, I was inspired by many movies during the creation of Lunatic Soul and Lunatic Soul II. I’m inspired mostly by movies, film and books more than music right now! I have been soaked in music in the past, and now I’m just using everything that I’ve learned so far. These days, when I try to compose something, when I try to create a new album, usually the visuals come first in my head. And later, the sounds come.

BK: Where did the original idea for this project come from? Was it a general concept, or did you write a song and then decide to structure a complete album around it?

The white album (Lunatic Soul II) is the second part of the whole story. The black one is the first part. 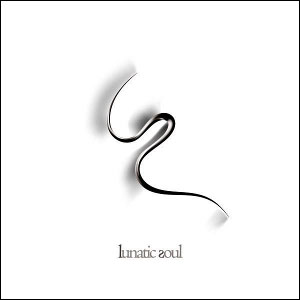 So I waited for a good moment; when we finished the Reality Dream DVD with Riverside was that kind of moment when we had a break. So then I created the first album. And I remember that this whole subject — about death and the journey in the underworld — happened when a person very close to me had a near-death experience. We had been talking a lot about it, about this tunnel and the light that people see. And I read some books about it, also. And I thought, “Okay, let’s do that type of story.”

And from the beginning I had this idea for the black and white albums. So it wasn’t like that white came about because the black one was a success or something; no, I had the idea for a double album divided by a period of time. Lunatic Soul II is the second and last part of it.

BK: The final lyrics on the album are “Now I’m the soul banished to everlasting wanderings.” That seems to hold out the possibility that listeners might yet get to experience some of those wanderings. So is Part Two the end, or might we see a trilogy, or more volumes, in the future?

There will be a part three, but with a different album cover, a different title, and a different subject! Because these first two parts of my, let’s say, solo work were connected with this underworld theme. I of course would like to develop myself as an individual artist all the time, so in [addition to] Riverside, I would like to do some things only on my own. So I think these everlasting wanderings of music will be a permanent state for me. I hope. I can’t live without it, and I’m not going to say, “Thank you, bye-bye.” These two albums are just the beginning of something. 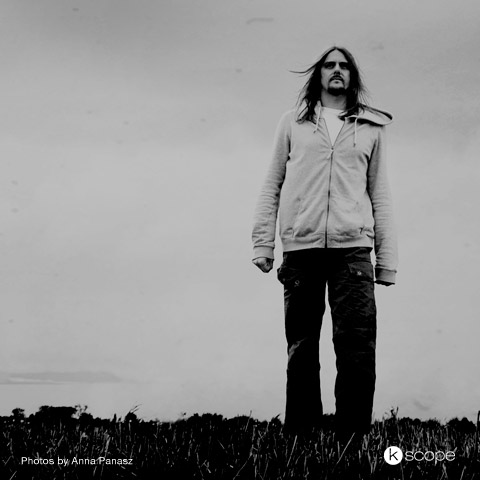 BK: So there’s room for both Riverside and solo work in your life?

Definitely. Especially since Lunatic Soul is — so far — a studio project. I’m trying to do this only when we have a break with Riverside. Everything depends on the schedule. So if I am planning things early, I can make it happen without problems.

BK: Since this is the follow-up to Part One, do you think it’s necessary to hear both parts in sequence for a full appreciation of the work, or do the two parts stand equally well on their own?

I think they can stand on their separate weight. But of course to understand it much better, it’s always nice to hear the whole story. Because some things are connected. What I think was the biggest challenge for me was the fact that the dark album made use of darker sounds, and the white album is, you know, what I’d call whiter one. Higher levels. It’s nice to have this contrast. But of course I always wanted to create this album in a way that you could hear it without knowing when it was the beginning.