BK: The last time I saw you, you were up the street at the Orange Peel, opening for the North Mississippi All-stars. While I’d imagine that touring with them was a good break for the band on many levels, I would think that their fan base might not line up 100% with your potential fan base. And, you know, I’ve seen lots of opening acts, and generally the audiences sort of go, “Meh.” But that night, you killed ’em. People were really enthusiastic. Was that just here, or did you find that reaction a lot?

GS: I’ll be honest. Luther Dickinson is a good friend of ours; we’ve pretty much grown up together. We played guitar together as kids. I’ve know him for years, Al’s known him for years. Luther’s no dummy. He bought our record in a music store, and went home and played it. He got it on vinyl. And he was excited; he called me up and said, “This fuckin’ record is great! Do you guys want to tour?” We were a band that was strictly playing in and around Memphis. Mostly at one club, one night a week. So we hadn’t really put the nose to the grindstone as far as being able to tour. So we rallied and made it happen. But Luther knew from that record; he told me, “I think you guys are going to be great live.”

AG: A buzz started to happen right when the record came out. We got written up in Downbeat. One of the jazz writers for the New York Times, Ben Ratliff, saw us in a club in Brooklyn and wrote about us in the paper the next morning. So before we even toured, there were things happening. NPR was using our music for “bumps,” things like that. We felt like the tour would be a really good thing for us. Luther knew it would be good for the All-stars as well, because we could all play together. 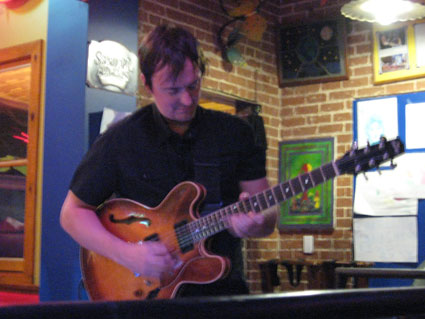 JR: When we did the Northeast run with them, the responses were really strong. It was surprising.

GS: The shows were completely sold out before we’d even hit the stage.

JR:I don’t know who our demographic is, per se. I did another interview, and they asked, “Who’s your demographic?” I don’t know. But we’ve had good luck. We played in a lot of different settings in Memphis. Bars, clubs, different ages of people. And people for the most part have been really receptive. It’s hard when you’re an instrumental group’; there’s not a lot of bells and whistles. It’s three guys playing; it is what it is. But on that tour, yeah, the Orange Peel response was pretty typical.

BK: One thing that surprised me when I last saw you play was when you did “Get Out of My Life, Woman.” I had no idea you did songs with vocals. You haven’t included any on your albums. And I also noted that you did hardly any of the songs off The Safecracker at that show. 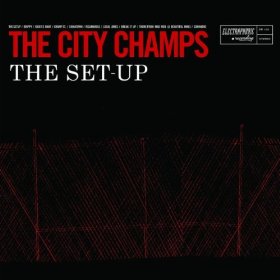 JR: We probably did a bunch of songs that are on this record! But we change out set every night. And as far as vocals, we choose to be an instrumental group. Because we actually have an awesome singer — Al — in our band. Being singers in bands for twenty years, we decided that this would be our instrumental band. A lot of time at shows we have to twist his arm a little bit, but we’ve got a three- or four-song vocal repertoire.

BK: Here’s a broad-brush sort of question. In 2010 we have you guys. We have Soulive. We have Sharon Jones and the Dap Kings. Bettye LaVette. And others, besides. All of you have your own clear individual approach, but you’re all trading in a sort of American soul revival style. Now, I don’t think I’m too far of the mark suggesting that had you all come along ten years ago, you couldn’t have gotten a record deal, or a spot on a tour, or much of anything playing your music. So, finally, my question: why now? Why do you think that your music — good songs played in a style that saw its peak in popularity come and go decades ago — is getting appreciated in 2010?

GS: I’ve gotta give it up for film and television. A lot of directors nowadays are using older styles music; they’re aware of it. Certainly, friends of mine in other bands are now sort of sticking with it.

JR: Soulive did come out in the 90s. And the whole Daptone scene got going in the late 90s. The Sugarman 3, those records came out in 1998. I hope, at least, that we’re careful about being viewed as a trendy, retro act. I think we’re playing around with aesthetics of groups that we all grew up listening to, but we’re trying to combine some things, some subgenres. Kind of like what a DJ does on a turntable, we do with three individuals and our musical thing. So it’s not like we’re thinking, “Let’s get on board this exciting trend!” We actually grew up listening to this stuff. We grew up loving the Meters, Lou Donaldson, Grant Green. We’d watch spaghetti westerns and listen to Ennio Morricone scores. 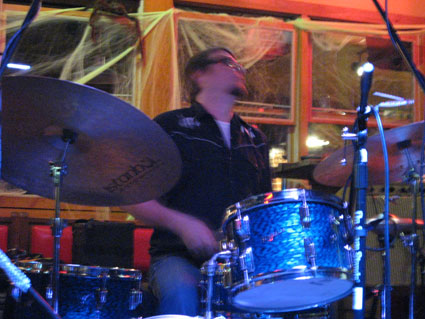 GS: When you work in a style that you really love, and you get into it and really start studying it, your own playing starts to evolve.

BK: I don’t think of you guys as a retro act.

GS: I’m very, very glad to hear that. There’s always going to be references to other acts: “Wolfmother sounds like Led Zeppelin.” Yeah.

AG: I’m not trying to claim our legitimacy, but George used to play with Albert King when he was eighteen.

JR: We’ve all played with William Bell, Eddie Floyd…Al played with Rufus Thomas. We’ve had an opportunity, being from Memphis. When you’re next to it, it’s not so abstract. It’s there.

JR: Right. That’s a good way of putting it.

AG: Our town has been through its lumps. It doesn’t always get a fair shake. So we try to represent. 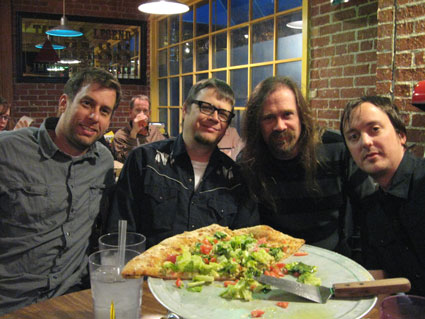 GS: I have friends and relative who come to visit Memphis. People who haven’t even been there before. The first thing they want to see if Graceland. They want you to take ’em to Beale Street, and they want to eat some barbecue. But there’s so much more! Some friends from New Orleans came recently, and they had never been to the Stax Museum. They had heard about it for years. I took ’em to eat fried chicken at a famous joint, Gus’s, and then to Stax. We were there for three hours. And when they left, they had a completely different view of our city, where we come from. It was great for me to show them that. Because Memphis is Elvis, blues and barbecue. But it’s way, way more than that.

JR: The idea of this record…you know when your record is done, and you’re all excited. Well, an old friend of mine was visiting, and we were out barhopping one night. I had The Set-up in the CD player, but I didn’t tell her. She was wistfully looking out the window of the car, and she said, “This sounds like the soundtrack to our city.” And I thought that was awesome!

GS: You know what I like about this band? We have a chameleon aspect. The three of us, we’re The City Champs. And then we can bring in a horn section, and it goes to a whole ‘nother level. And we’ve got some singers that we work with. And it’s really great to play with those guys. We can go anywhere musically. When we were on tour with the All-stars, things got a little more edgy musically. Both bands would sort of encourage each other, push each other. We got to open the show, and then jam with them. And then we’d be off to the side of the stage watching them. We’d feed off of each other. So when we’d get to the next venue, we’d have all this energy from the night before. It’s a beautiful thing.