Every year around this time, various artists and labels take a shot at getting their piece of the holiday shopper’s dollar. Some efforts are more successful than others, and sometimes good collections fly under the radar. Today we’ll take a look at four titles aimed at the 2010 holiday season. 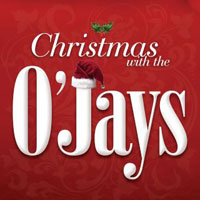 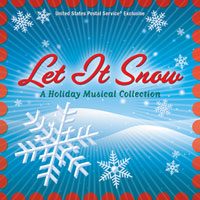 Christmas With the O’Jays is a contemporary recording. Though the O’Jays‘ commercial heyday began in 1972, the renowned Philly R&B vocal group has remained active ever since, with numerous chart-toppers to their credit. Two of the original vocalists — Eddie Levert and Walter Williams — remain in the group. The latest application to which their trademark smooth vocal delivery has been applied is this new holiday collection. The good news is that it’s long on traditional and well-known tunes: in fact it leans heavily on hymns and carols rather than songs from the pop end of the spectrum. Yes, “Jingle Bells” is here, but more representative of the set is a rendition of “Hark! The Herald Angels Sing.”

The not-quite-as-good news is that the arrangements are a bit stiff and humorless. True, when you’re singing about your god and whatnot, levity isn’t always the emotion that’s called for, but these songs are pretty serious as delivered by the O’Jays. The instrumental backing is keyboard-heavy but mostly avoids the band-in-a-box vibe. While you’d never mistake the music on most of these tracks for actual band performances, they’re reasonably appropriate and sympathetic. The frequent (an admittedly expert) vocal melismas don’t always mesh well with the drums machines and modern keyboards. Still, for fans of the O’Jays style, this ten-track CD will be enjoyable.

For the second time in as many years, the US Postal Service is promoting a holiday collection put together by Concord Music Group. Let It Snow: A Holiday Musical Collection brings together classics and newer material, mostly from well-known artists. Opening with Ella Fitzgerald‘s swinging rendition of “Let It Snow! Let It Snow! Let It Snow!” this set hits all the right notes. Thanks to Concord’s ever-widening stable of high-quality and legendary artists, the collection includes numbers from Frank Sinatra, Mel Tormé, Paul McCartney (guess which song) and Ray Charles. Modern-day recordings (sometimes licensed from other labels for this set) from Jason Mraz and Chris Isaak balance the set: this is one of those recordings one could play during the holiday gathering when multiple generations are present. Everybody loves Vince Guaraldi‘s “Linus and Lucy” from A Charlie Brown Christmas, and even the youngsters should be able to endure a little big-band music; the listeners who don’t dig Jason Mraz can hold on for his brief two-minute “Winter Wonderland.”

Available exclusively at Post Office branches across the USA, this collection is the fourth USPS exclusive from Concord. The marketing approach seems to be a successful one. With Concord’s deep catalog of some of the world’s greatest music from its best artists — coupled with a thoughtful approach to track selection — it’s hard to go wrong. 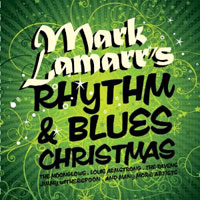 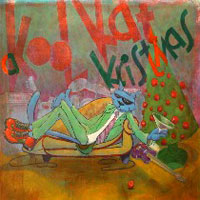 A more fascinating and unusual holiday compilation from UK label Fantastic Voyage is Mark Lamarr’s Rhythm & Blues Christmas. Spanning 25 tracks, this collection brings together holiday-themed tracks that lean toward the rare and obscure (or at least unjustly forgotten) end of the musical spectrum. There are some well-known names here, including The Moonglows, Lionel Hampton, Lightnin’ Hopkins and Jimmy Witherspoon, but for the most part these aren’t songs that have been played to death every December.

In fact for the most part the songs on Rhythm & Blues Christmas transcend the holidays. While the lyrical subject matter on a track like Joe Turner‘s “Christmas Date Boogie” is seasonal, the theme and delivery are timeless. So is the case throughout the disc. These are not sleigh-bell heavy arrangements; the songs are largely free of seasonal musical clichés. It’s merely a great collection of fantastic music from Mark Lamarr‘s personal stash.

The sound quality is a notch above what one often finds in collections such as these (audio masters aren’t always readily available, leading compilers to resort to careful needle-drops). For fans of 50s R&B — whether you dig holiday music at all, even a little bit — this one is essential. Be sure to dig Lightnin’ Hopkins’ “Happy New Year.”

When the label Kool Kat Musik is involved, you know you’re going to be served up a healthy helping of powerpop. In the case of A Kool Kat Kristmas, the label collects eleven holiday-themed tracks from modern-day genre artists. No modern adaptations of holday classics here: all these cuts are original numbers.

The disc wisely kicks off with “Christmas Time in the City,” a winning track from Maple Mars — a group that can always be counted upon to deliver the goods. Powerpop lovers, don’t be surprised if you’re still pinning this song next summer. But Maple Mars have plenty of competition for best song on the disc: one can only assume that Kool Kat had a surfeit of great material from which to choose, because there are no duds on this set. For fast rockers there’s Keith LuBrant‘s “The Christmas Spirit.” For C&W-tinged flavor there’s the aptly-named “Chris Hillman Christmas” from the Britannicas. That song threatens to go religious with the lyric “I’d rather listen to Jesus than to Wilco,” but redeems itself with the resolving line, “I’d rather go to jail than see the Eagles re-form again.” Me too, guys. John Wicks (late of 80s shoulda-been-huge act The Records) gives a synth-heavy “Star of Bethlehem, and Frank Royster brings his brand of Merseybeat to bear on the catchy, infectious “Christmas is Fun.” It’s all good, and — like the R&B collection mentioned above — should hold up well for listens throughout the year.

A portion of the proceeds from A Kool Kat Kristmas go toward the Susan Giblin Foundation for Animal Wellness and Welfare. Giblin was (the liner notes tell us) “a Certified Veterinary Technician and noted animal advocate who passed away from leukemia at the age of 46.” The title is available exclusively from Kool Kat Musik.