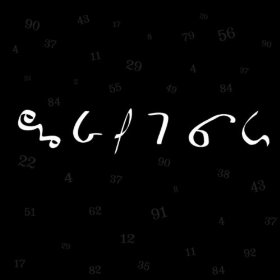 Willfully obscure and moody, The Legendary Pink Dots are not among pop music’s musically most accessible acts. With a gloomy, foreboding minimalist approach built around synthesizers and spooky arrangements, the songs all feature the vocals of Edward Ka-Spel. His gothic-inflected delivery is sort of a cross between Roger Waters and Robert Smith. And though LPD’s avant-garde music doesn’t sound very much like either Pink Floyd or the Cure, in fact there are some sonic connections.

With an alumni list that rivals King Crimson in its length, Legendary Pink Dots have been making their brand of experimental noise since 1980. A specific count would require too much work, but Seconds Late for the Brighton Line is something like the band’s 80th album.

To call the tracks on Seconds Late for the Brighton Line “songs” is to apply something of a misnomer; the nine cuts are more mood pieces that slowly develop. Sometimes they go places musically, other times they’re static. But never boring: think Brian Eno‘s Another Green World era work, but with an unremitting air of doom and dread.

On record and in concert, the musical centerpiece of LPD is Phil “The Silverman” Knight; his keyboards give the songs their particularly sinister sonic bent. Guitars weave in and out of the mix, but more often than not are used as an effect rather than a melodic component. Elements of krautrock are a recurring feature of the group’s approach. And during the instrumental passages on Seconds Late, the group sounds a bit like the Residents circa The River of Crime.

When I saw the band in 2006 on their 25th anniversary (25 years of touring, that is) swing through the USA, a central fixture of the group was horn player Niels van Hoornblower (his real name? I somehow doubt it). But he’s gone from the group now, and so the LPD sound is returned to its core of synth bleeps and Ka-Spel’s warbling about abattoirs and whatnot. The disc’s highlight is the malevolently droning “God and Machines,” wherein squalls of feedback are made into something grotesquely beautiful, something approaching Glenn Branca‘s no-wave excursions into noise. “No Star Too Far” is a spoken-word piece vaguely reminiscent of Public Image Limited crossed with Tangerine Dream. Yikes.

Don’t plan on coming away from your time spent with Seconds Late for the Brighton Line humming any melodies or quoting too many of Ka-Spel’s stridently enunciated lyrics. But neither should you plan on coming away unaffected. Taken as a whole, the eerie experience of listening to this album is ultimately a rewarding one. Just keep something else more musically upbeat at hand for afterward.