Day of the Remains, Part One

In 1966, an R&B-influenced band – one that had considerable local following in Boston but was largely unknown outside that region – got the opportunity of a lifetime: they would be touring with the Beatles. On what would become the Beatles’ final USA tour, The Remains (also known as Barry and the Remains) toured and lived with the Beatles for two weeks. Once the tour was over, the group broke up, and shortly thereafter, their sole album was released.

For a lesser band, that would have been the end of the story. But thanks to inclusion of a Remains track on the Lenny Kaye-curated Nuggets compilation – and due to the sheer quality of the Remains’ music – interest in the band bubbled under, never really going away. Decades later the group reunited; the original quartet now performs a handful of select dates each year. New reissues of the band’s slim but essential catalog are available, and both a stage play and motion picture have been put together to chronicle the Remains phenomenon.

The young band got its start in the Boston area in the early 60s. The Remains tuned in to a British influenced a bit sooner than many of their contemporaries. “I would account for that because of my summer in London and Europe in 1964,” says Remains leader Barry Tashian. “I picked up the flavor of some of the British music I heard over there and must have retained some part of it.” Tashian observes that the Boston music scene in 1964-5 was made up of band that “continued to play contemporary American rock n’ roll and pop music.” 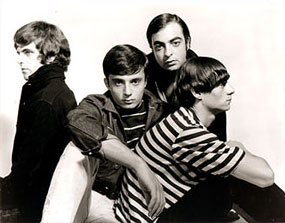 “We were middle class blokes,” he says. “You absorb what you listen to. And we listened to a lot of great 50’s rock, R&B, and blues/jazz artists. So, we picked up a certain amount of the vernacular and musical motifs from those great recordings. I don’t think we were typical because, from the start, we had a very identifiable sound. Because of the philosophy of listening to each other, we became very tight, very soon after forming. We could jam together free-form and always find ourselves in the end. There was a climax to every Remains performance. At first we thought we were just a jamming unit…but it soon evolved into something stronger, with an intention and ambition that, sooner or later, surmounted our challenges.”

The group was signed to Epic Records in 1965, and laid down ten tracks. But the album didn’t come out until many months later, and the band felt that the Epic sessions didn’t capture the group’s energy. Frustrated with Epic, the band and its management decided to make some overtures to the Beatles’ U.S. label, Capitol Records. In early 1966, they secured a live-in-the-studio demo session date in New York City.

The 1966 demo session released as A Session With the Remains has a raw, meters-in-the-red ambience that has more in common with the Stooges or the Velvet Underground than with most pop groups of the era. On the session tapes Barry Tashian can clearly be heard imploring his band mates to hurry up, that they only had a limited amount of time. So was the raw vibe intentional or merely a byproduct of a hurried session? “I think,” says Tashian, “the reason for that sound is that we recorded direct to two-track. No mixing, no overdubbing. That’s just how it went down. The engineer who ran the machines was in the control booth; a friend of ours was manually riding the guitar volume upward during the solo, while it was going down!” 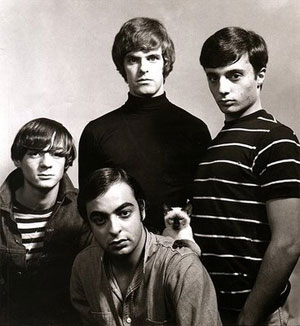 Tashian explains the whole motivation for the New York sessions: “It was a kind of a move on our part to see what Capitol thought of us. It was an audition. Because we were really wanting to make it, and we wanted to be as successful as we could. Our energies were all pushing in that direction.” He says that the guys in the band all thought, “’Hey, maybe Epic is not doing as much for you guys as maybe they should be. And maybe Capitol wants you.’ Because originally before we signed with Columbia, Capitol had called a number of times saying, ‘Listen — Capitol is really interested in you.’” But in late ’64 nothing had come of that, and the Remains signed with Epic. Yet a year and half later, the band did the audition for Capitol. “And what is interesting,” observes Tashian, “is that while it did not produce a deal for us with Capitol, it did produce the only true example of what we sounded like playing live. We were just running our set.”

The band’s management at the time included John Kurland, later to find (slightly) greater fame with The Nazz, featuring a young Todd Rundgren. “John was hired as a publicist by our booking agent (and kind of ‘loose’ manager) John Stukas with Music Productions. And so John came up to Boston with his buddy, Bob Bonus. John Kurland was a publicist; Ivor Associates was the name of his company. Bonus worked with General Artists Corporation (GAC) booking agency; they put the Beatles tour together, and were working with a lot of English acts. They were the first American company that put tours together for the Stones and the Kinks.”

“So,” Tashian continues, “they came up to see us play at a place in Kenmore Square called Where It’s At. And it was just during that time when we were just playing really very strong shows, which we did that night too, and they just witnessed one of the Remains gigs.” Tashian says that nothing definite seemed to result from the visit: “It was kind of like, ‘Well, if you come to New York, say “hi”’ or something. But I took it farther than that. I decided we had to go to New York, because I had talked with my friend Monty Dunn, a guitarist who had played with Judy Collins and some other folk people. One day Monty just said to me, ‘If you really wanna make it, you gotta go to New York.’ So,” Tashian laughs, “I said to myself, ‘hmm…he must be right. He played on Sonny and Cher‘s album!’ I just told our booking agent, John Stukas that we were gonna move to New York, that we wanted to tie up all of our business and make a change. So, when I got to New York I went to John Kurland’s office and said ‘here we are!’”