The Dream Syndicate was part of the 1980s “Paisley Underground” musical movement, a school of thought that took as influences some of the best that the 1960s had to offer. In terms of both style and substance (musical and otherwise) paisley underground bands created something new that remained firmly rooted in the finest 1960s traditions. The Dream Syndicate’s Steve Wynn says that the paisley underground scene wasn’t hype; it was a real thing. “We were all hanging out together: us, Green on Red, the Bangs, the Salvation Army, the Long Ryders.” 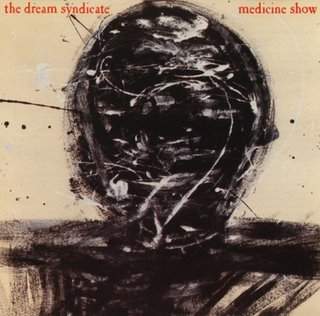 Some of these bands took the aesthetic quite seriously: groups like the Bangs (later called the Bangles) would cover ultra-obscure sixties tracks on their early demos. While songs like The Merry Go Round‘s “Live” and “How is the Air Up There” by Australia’s La Di Das are now more well known via their inclusion on Nuggets II: The British Empire and Beyond, in the 80s the only people who knew about such obscurities were hardcore music fans.

Other groups forged an identity based in part on the sixties, but also created music informed by (slightly) more modern influences. The Dream Syndicate was one of these. Unafraid to engage in longer guitar solos than their sixties counterparts, the Dream Syndicate sound harked back in some ways to the Velvet Underground (60s) and Television (70s). With a sound that incorporated a musically aggressive stance tempered with hints of Americana (though it wasn’t called that in the 80s), the Dream Syndicate broke new ground while managing to sound somehow warmly familiar.

Yet when the group released its second album in 1984, The Medicine Show received something of a head-scratching response in the critical marketplace. As the current press kit for the 2010 expanded reissue of the album puts it, since its release the album has been “alternately reviled, worshipped, misunderstood, analyzed, interpreted, revisited, forgotten, revisited again, bought, sold, and bartered on eBay.” 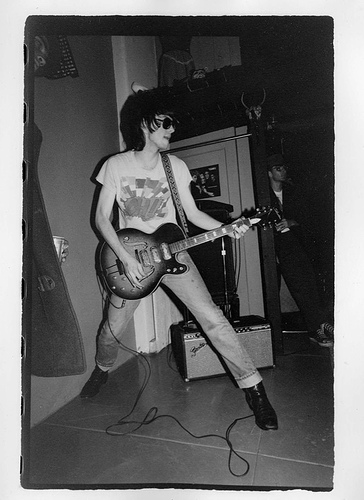 In some ways the confusion is easy to understand. The Medicine Show represented a significant musical departure from 1982’s Days of Wine and Roses. Certainly groups ought to be able to change direction as they see fit, but equally certain is the risk that the fans may or may not follow. “Days of Wine and Roses was a record that touched a lot of people in a pretty intense and direct way at that time,” Steve Wynn says. “People were into hearing that kind of record.” He suggests that those people might have “wanted to hear more of the same; that’s only natural. But that’s not what we sought to do.” Pressed on what exactly people found so different about the two records, Wynn suggests it might have in part been down to the production. “Days was cheaply made, raw-sounding…The Medicine Show was more ‘produced’ and had some emphasis on keyboards, and there were some differences in the songwriting.”

“It’s most exciting when your music reflects where you are at that moment,” Wynn says. He points out that while for most people the difference in their lives between ages 22 and 23 his ages when making the first two Dream Syndicate albums) are not that significant. But for him, life changed in a big way, and the music reflected that. He went from working in a record store to “having been on the road for a year, and having been written up everywhere.”

“I was a different person by then,” he says. “To make the same kind of record would have been a lie, really.”

Listening to the album in the context of 2010, it’s a less jarring departure. In many ways the musical and lyrical motifs foreshadow the direction of Steve Wynn’s subsequent solo career. In particular, many of the songs point the way toward Wynn’s 1990 underrated solo album Kerosene Man. There’s a cinematic, almost film noir quality to the songwriting and arrangements. Wynn agrees to a point, noting that “when you strip my songs down to just songs, I think that really all my stuff holds together.” 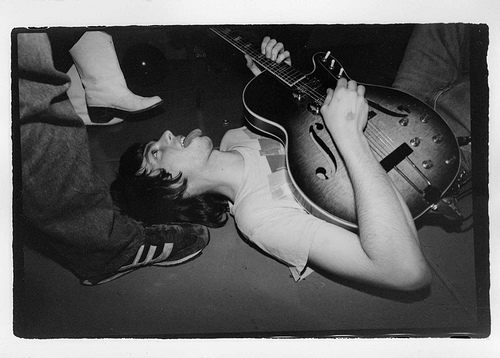 Our conversation heads off on a slight tangent as we both observe how time has a way of putting things in context, of sanding off those edges which made music sound so “edgy” as it were. Wynn muses that “when you play the Sex Pistols‘ Never Mind the Bollocks and then an Aerosmith album from the same period, they don’t sound all that different now.” That sentiment would not have found much agreement in the late 1970s.

In any event, at the time of its release, The Medicine Show confounded some listeners who might have wanted, as Wynn puts it, “Days of Wine and Roses Part Two.” He says, “I don’t think I’m attaching my old band with any additional self-importance, but I think we were kind of the Great White Hope at the time. A lot of people in the post-punk new-rock cool music circle — the same kind of people that I was myself: music geeks — looked at the Dream Syndicate as something very exciting, something that was ‘their’ band.” Wynn observes that a lot of the context of the time — what the previous record had sounded like, the fact that the band had gotten onto a major label and didn’t record the album in their hometown Los Angeles — “doesn’t matter now” to people, and so the record is received on different terms. “All that matters now is that it’s a great rock record. And that what time will do.” He reminds that “Elvis left Sun Records to make his first RCA record. At the time it was a big deal. Now, it’s just part of the Elvis story.”