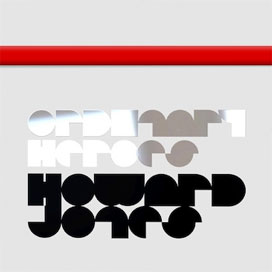 Bill Kopp: Can you tell me a little bit more about the method of recording this album?

Howard Jones: I very much had a strict working method for this album. It started, literally, with the piano tracks. So it was me playing the piano, and then the second thing that went on was the vocal. And actually I though they were going to be “guide” vocals, but in the end I used those vocals.

So it started with me at the piano, but I had in mind what was going to go in the guitar and bass parts, and the drums, and the strings. So I left “room” with the piano playing for the other instruments. There’s only one guitar part on each track; there’s no additional overdubbing. No double-tracking, no multiple parts. One drum part, one bass part. And then the strings create that extra color.

It was the most disciplined I think I’ve ever been…apart from “Soon You’ll Go,” which adds a ninety-piece Welsh choir! [laughs] I suppose the plan went a bit wrong there.

What happened was, I had gotten to that point, and I was listening to the playback, and I could absolutely hear [in my mind] the choir singing. And I thought, “I’ve got to go with this, because it’s begging for it.” So I went down to Wales and recorded them, and it was brilliant.

Bill Kopp: There are no absolutely synthesizers on this album at all; not that I can hear.

Howard Jones: Right. I’ve found over the years — to give each album a really strong identity — it’s good to have a set of rules. Being that as keyboard players, we can create any sound in the universe, giving yourself a strict “palette of colors” gives the album that identity. Then you know: when you put that album on, that’s what you’re going to get. You’re not going to get a “greatest hits” kind of vibe. One mood.

Personally, when I’m going through the 12,000 songs on my Ipod, I want a song for the mood I’m in. Albums that deliver that are always my favorites. 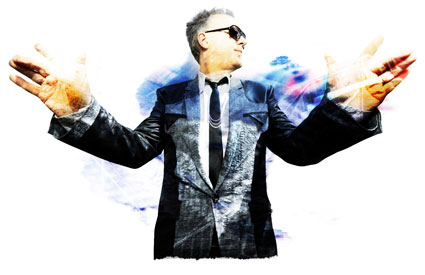 Bill Kopp: So this approach…it’s not as if you’ve closed the door on using synthesizers. It’s just the sonic theme of this album?

Howard Jones: Yes. Very much so. And as I’ve said, the next album will probably be an electronic record. But it too will have a really strict identity; I’m really into that. The album’s got to hang together as a piece of work.

I’m working on all sorts of things at the same time. I’m just about to do an acoustic show that has got an electronic drum kit in it, plus a guitar, and me playing piano. But at the same time we’ve been doing festivals with a full band. And when we come to America in October, that’s going to be a three-piece electronic setup. So I really like to have the different strands all running at the same time; it keeps it interesting for me.

Bill Kopp: I see you do have a handful of US dates this fall, in Florida. The schedule indicates “three piece electric band.” What is that, and how will that lineup approach these songs?

Howard Jones: A couple of the songs are done acoustically – ones from this new album. It just depends on the venue. But mainly it will be the electronic show, and it will be banging electronics! [laughs]

Bill Kopp: So the sets won’t necessarily be built around Ordinary Heroes, then?

Howard Jones: No, not for this tour. I’m doing a tour in the UK which is built around this new album, but the venues we’re playing in the US will more suit this sort of electronic approach.

That’s not really the right way to go about it, is it? [laughs]

Bill Kopp: You’ve been in the game long enough that you have a pretty good bead on what people want to see and hear when they come to see you.

Is there a general feeling or idea that you’d like listeners to come away with after listening to Ordinary Heroes?

Howard Jones: As we’ve said, I’m very aware that I’m growing older along with my fans. So this album is a kind of empathy I’m articulating. There are some songs that are designed to be like “cheerleading songs.” Sometimes it’s great to put on a track that cheers you up, that gives you a bit of encouragement. And for me, that’s important.

Sharing our common humanity – because we all go through these things – brings us closer together.