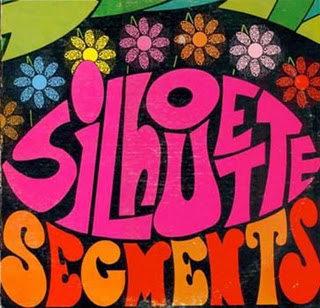 There was a brief period — in the late 1960s and early 70s, natch — when mainstream religion tried to get hip. And I don’t mean that in a condescending way, though I myself am a post-dogmatic. Or a “recovering Catholic.” Or a Unitarian; take your pick of labels. But my point is that during that time of social upheaval, some people within the religious hierarchies believed that (a) they still had a valid message to convey and (b) speaking the language of young people was not only not blasphemous, it was necessary.

I remember a book that some of my more religious friends used to dig in the 70s. I believe it was called The Way. What it was, was a sort of modern rewrite of the Bible. Or at least the New Testament. If you update most of the Old Testament to be relevant to modern society, you end up with a blank sheet of paper. (Dr. Laura be damned, and I mean that in the nastiest sense possible.) Anyway, The Way might have seemed a little kitsch and forced to some, but if it got the lessons and themes across, then it did its job.

John Rydgren was a Lutheran priest in the late 1960s, working on L.A.’s Sunset Strip. The man was possessed of the Perfect Radio Voice, someone like Gary Owens or Cousin Brucie or perhaps even one of the late 60s underground deejays. His voice was the sort that could make the damn telephone book interesting. How he chose to use his, er, god-given gift is what made him remarkable, and what makes him relevant here.

In the period we’re discussing, Rydgren cut a number of what can best be described as “semi-authorized religious word jazz recordings.” What the hell is that, you may well ask. What Rydgren did was write a script based on something from that favorite book of his — say, the 23rd Psalm or the Genesis creation myth — but he’d write it using hip slang and delivery that would presumably connect with younger listeners. And while that approach might sound hopelessly kitsch as I’ve described it, the results were pretty, well, happening. 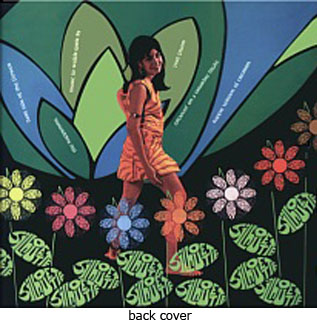 If that weren’t enough, Rydgren would deliver these monologues in a style that combined the best aspects of, say, Ken Nordine and Norman Vincent Peale. There was something very ecumenical and open about Rydgren’s approach; one might think of him as sort of a precursor to Robert Fulghum.

Rydgren added some sympathetic pre-existing musical backing and had these records pressed in very limited editions for distribution to radio stations. There, we can assume, Rydgren’s bits — usually (but not always) around a minute long — were broadcast between commercials and the latest hit from Spanky and Our Gang. Rydgren also hosted a radio program called Silhouettes, and it’s from either that program or the transcription discs (or both) that the cuts on Silhouette Segments are sourced.

Some of Rydren’s reinterpretations likely pushed the limits of what the religious establishment would have approved. To wit, take a look at the text for “Hippie Version of the 23rd Psalm.”

“The Lord is my happening / He’s where it’s all at.
He tricks me sweetly / He never bugs me.
He says, ‘Make it’ when the duds put me all down
I keep my cool, ’cause He straights with me.
Even though my head’s torn up
and the world’s a plastic mushroom
And I’m crawling on my face
Everything’s cool, ’cause He’s there digging me.
When everybody’s faking and stabbing, He’s super-cool.
And He’s with me, baby.
He craves my face when it’s ugly, man.
He lays abundance on me.
Baby, ain’t no way I can get hung up.
He’s my lifetime trip.”

There’s a reason that these tracks have not been totally forgotten: they’re good. They’re historically relevant, and they’re entertaining. But there’s also a reason they’re not for sale. Rydgren didn’t, it seems, gain clearance for the musical backing he included. So we get the good pastor telling us about how cool it is to watch the mini-skirted girls on the street (trust me on this) to the backing strains of (appropriately enough) the Bob Crewe Generation‘s “Music to Watch Girls By.” To the backing of Dave “Baby” Cortez‘s hit “Rinky Dink,” Rydgren raps about the dangers of wrong thinking. And of course the Electric Prunes‘ Mass in F Minor gets the Rydgren treatment, but then you saw that one coming. On other tracks Rydgren uses sound effects (machine gun fire, city traffic) and found sounds. The results are almost always compelling.

Though a preacher attached to a manstream christian denomination, Rydgren manages to avoid being preachy. His gentle (and gently-delivered) words of wisdom get his points across without beating listeners over the head. Anyone who finds value in either Les Crane‘s 1971 “Desiderata” or in any of Ken Nordine’s word-jazz LPs (or both!) would be well-advised to try and track down the unauthorized nineteen-track Silhouette Segments compilation of Rydgren’s hopelessly rare recordings. Bless you, my children; Bittorent is your friend.