Note: Today Asheville NC’s altweekly Mountain Xpress is running my interview with Steven Wilson. That feature will be here in a couple of weeks; it’s ’embargoed’ until then. Meanwhile here’s a feature I wrote when I interviewed Wilson the first time. This feature appeared in print in January 2008.

Porcupine Tree is a tough group to label. Progressive? Certainly. As leader and songwriter Steven Wilson says, “there was certainly a sense that Porcupine Tree were taking a tradition or a legacy from certain bands of the 70s, and taking it forward.” Pop? Undeniably; Wilson’s songs have more hooks than a tackle box. Metal? Absolutely. Listen to any of the six songs on their latest full-length, Fear of a Blank Planet. Wilson says that “it would be very hard for me to force the band to go in a direction if they didn’t feel an affinity with it too. Particularly with the metal thing. I’m very curious, and. I’m always looking for new music that will inspire me as a musician as well as a listener.”

Robert Fripp (King Crimson) and Alex Lifeson (Rush) guest on Fear. Turns out they are both big fans of the band. “I’m not the sort of person who’s going to approach someone and say, ‘ooh, I’m a big fan–will you play on my record?'” Wilson explains. “‘Cause they’d be like, ‘who the fuck are you?’ But having found out that these guys respected and listened to our music, I thought having them on would be a wonderful ‘closing of the circle.’ They’re on the cutting edge, still looking to further themselves as musicians.” Nominally an EP, last October’s release Nil Recurring is essentially another brand-new full-length album; it continues in the band’s many-directions-at-once approach. “Around the time of Stupid Dream (1999), the band really went from being an instrumentally orientated band–more about improvisation, soloing, texture–to a more song-orientated one. The big influence at that time was Brian Wilson (The Beach Boys), particularly the idea of multi-part harmonies. And then around the time of In Absentia (2002), I got really into Swedish and Scandinavian death metal. Each of those things has changed the direction of the band in a natural, organic way.” 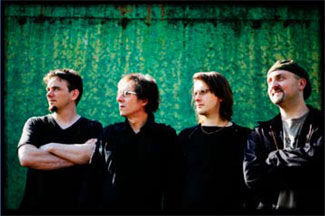 While there’s definitely an identifiable Porcupine Tree “sound,” Wilson never seems to stay in one place very long. “The artists I’ve always admired are the ones who not only reinvented themselves from album to album, but kind of confronted their own audiences’ expectations: artist like David Bowie and Frank Zappa, in love with the possibilities of music. I would love our audience to think, ‘we don’t know what the next album’s going to sound like, but we know it’s going to be interesting. We may not like it the first time we hear it, but there will be something in there that will make us go back and listen to it.'”

Does such an approach work against a band that has to answer (to some degree) to its record label? Wilson doesn’t think so. “I think as an artist if you’re willful enough–and you believe in yourself enough–you actually get to the point where you don’t care what record companies want.” He laughs, “and I think I reached that point a long time ago.” He goes on to say that “an entertainer can make music to please his fans; an artist has to make music to please himself. That distinction applies to music, film, novels…any medium.”

In addition to writing songs and performing with Porcupine Tree, he’s half of the duo No-Man (with Tim Bowness); he collaborates with Aviv Geffen in Blackfield; and he releases trance experiments with Bass Communion. So he’s too busy for anything else, right? Wrong. “Right now I’m gearing up to make my first proper solo record. It’s an album of all the pieces that have never fit into anything: anything from almost singer/songwriter based material, to electronic, to disco, funk…all those sorts of things. So I’m going to put them all together in a kind of indulgent, eclectic mess.” 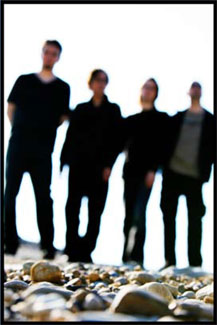 Early Porcupine Tree efforts were really Wilson solo projects with bits of outside help. By ’95 they were a “real” band. In 2002 Porcupine Tree added the powerful-yet-subtle drumming of Gavin Harrison. Richard Barbieri (from legendary 80s group Japan) provides atmospheric keyboard, and the perpetually bemused-looking Colin Edwin lays down the ultra-heavy, precise-yet-surprisingly-funky bass. Auxiliary member John Wesley is the sole American in the group. “In 1997 I produced an album for [former Marillion vocalist] Fish,” Wilson explains. “I played most of the guitar on the record, but I didn’t go on tour with him. John Wesley was the guitar player hired for that tour. I got to know Wes, and we kept in touch. Three or four years later I was looking for a guitar player and singer to expand the band’s live sound. Wes has become an integral part of the band. I suppose he’s closer to the sort of David Gilmour/Jimmy Page thing, while I’m more inclined to the Robert Fripp [style of] quirky playing. But we both meet somewhere in the middle.”

In the face of download culture, Steven Wilson remains steadfast and true in his love for the album format. He sees his group as part of “a whole group of artists–Radiohead, Flaming Lips, Tool, Mars Volta, Opeth–that are in the 70s tradition [of caring] very much about carrying aesthetic vision through to the packaging.” And he believes it’s a commercially viable approach. “If you take the extremes of the industry–the Britney Spears end of the market, where it’s all about making a couple of really big hit records, and then [padding] the album with a load of filler–those kind of artists are the ones who are really suffering right now. Because, who needs to spend fifteen bucks on an album, when you can just go and download the two big hits for 99¢ off iTunes? No one. But at the same time, there are artists who have a reputation for elaborate packaging, sequencing, and the idea that the album can be a musical journey, a flow, a complete piece of music to be listened to.”

Steven believes that “it’s the distinction between a piece of software and a piece of art. For many years, the industry has been trying to make us believe that music is just software. And it’s not. It’s much more than that.”