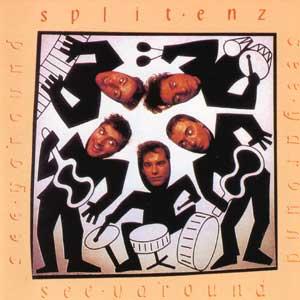 Note: “Reconsider, Baby” is my title for a series of occasional essays in which I’ll take a look at albums that were unjustly panned or ignored on their original release.

A connection between two seemingly totally dissimilar albums recently occurred to me. By 1972 Creedence Clearwater Revival had an impressive catalog of work behind them. They had a string of superb albums coupled with a reputation as a solid live act, and they were already recognized as a singles machine. But things began to splinter when brothers John and Tom Fogerty had a falling out, resulting in Tom’s leaving the band. They soldiered on as a trio, and — for reason covered in detail in Hank Bordowitz‘s book Bad Moon Rising — Fogerty insisted that their 1972 record be a “democratic” release. So (as Bordowitz explains it, and CCR bassist Stu Cook reiterated this in a 2007 interview I did with him) Stu Cook and Doug “Cosmo” Clifford — one of music’s greatest rhythm sections — were both tasked with coming up with original songs, whether they wanted to or not. The resulting Mardi Gras LP was a poor seller, the three have all but disowned it, and it suffered at the hands of merciless critics. That said, it’s actually not nearly as bad as critics would have you believe. Mardi Gras ended up being the group’s final release.

Bear with me for a bit of a jump.

In the mid 1970s, New Zealander Tim Finn formed an art rock band called Split Enz. Originally a rather Dada outfit with a bent stylistic debt to Skyhooks, Sparks and Roxy Music, the group produced several albums of weirdly wonderful, skewed pop. Eventually Finn’s younger brother joined the band, and whether it was his influence (that’s debatable) or a general consensus, the band turned in a much more pop oriented direction. They also began to enjoy some success outside the southern hemisphere. Their True Colours LP — one of the first laser-etched LPs, along with the execrable Paradise Theatre by Styx — included the hit “I Got You,” sung by the newcomer, guitarist Neil Finn.

Eventually the Enz split (sorry!), and Neil Finn went on to massive worldwide success (well, everywhere except the USA, where success was more muted) with his band Crowded House, then with a solo career, and then again (and still) with Crowded House.

But back in 1984, the Enz released their final effort, the aptly-named See Ya ‘Round. Tim Finn had left the band for a solo career, and the resulting record featured songwriting and performance spotlights from each of the band members. Unlike CCR’s Mardi Gras, See Ya ‘Round wasn’t panned so much as just plain roundly ignored. The band’s USA label A&M didn’t even bother to release the record in the states. And while the making of See Ya ‘Round didn’t feature the dissension that Creedence endured in ’72, it had a similar feel.

Side One included a composition from each of the five members. Keyboardist Eddie Rayner had always been an important part of the Enz sound, giving the band deep texture that set it apart from other groups of the era. His sparkling keyboard and synth washes were complex and offered a link back to the group’s prog/art days. But Rayner didn’t sing, so his compositions were always instrumentals. He was a fairly prolific composer, and his tunes cropped upon earlier Enz albums as well, so the inclusion of “The Lost Cat” wasn’t unusual in and of itself. But as an album opener, its placement was curious. Then as now, albums usually open with the strongest (or at least most commercially-destined) track. Not so here.

Bassist Nigel Griggs was a fine, solid bassist, and sang occasional backup with the group. But here we find his song “Adz.” There’s not much to say about it other than that it’s not memorable. In fact it sounds like a slightly more straightforward, tuneful version of what Noel Crombie might do. (More on him in a moment.)

Drummer Paul Hester would develop later as a composer, and in fact with Crowded House he’d get a number of songs on albums. And he’d sing them too. The jaunty, suggestive “This is Massive,” in fact, sounds the most like Crowded House. It’s also the first commercially-viable track in the album sequence. So now we’re getting somewhere, right?

Well, sort of. Finally a Neil Finn song shows up. But “Kia Kaha” isn’t one of Finn’s strongest numbers, and its chorus doesn’t exactly drive listeners (at least northern hemisphere ones) to sing along. Still, some Neil Finn is always, always better than none.

Noel Crombie occupied an unusual position in Split Enz. As a longtime member (with the longest tenure in the band, actually), Crombie’s role was usually to serve as something of an auxiliary percussionist. Indeed, the band added drummer Mal Green to give the band a more precise rhythm section. Onstage, Crombie added percussive allsorts, and a highlight of the Split Enz live show was his spoons solo. His compositions, however, tended to be of a gimmicky sort, with spoken or yelped vocalizing. “Ninnie Knees Up” is no exception. Sounding like a deep album cut, it’s placed at the end of side one. We’re halfway through the record, and where’s the single? One begins to understand why A&M hedged their bets.

At this point listeners could be forgiven for putting the record back in its sleeve and moving on to something else. The five songs that make up Side One aren’t awful, but neither do they stick in the listeners’ head the way that earlier Split Enz songs had. Surely, longtime fans were missing Tim Finn’s input by this point. And they might be left wondering why the band took such a diffuse approach to songwriting duties.

But giving up on See Ya ‘Round would be a major mistake. Side Two is composed completely by Neil, and his songwriting is strong, full of promise, and — best of all — filled with hooks.

“Breakin’ My Back” is a catchy number that wouldn’t have been out of place on Conflicting Emotions (1983) or Time + Tide (1982). But it’s the next track where things really take off. “I Walk Away” is a great song, and Finn knew it, because when it failed to take off, he kept it in his back pocket, re-recording it with his new band Crowded House (originally the Mullanes) in a similar but less orchestrated version. The Enz version has that anthemic vibe that Finn often catches, and Eddie Rayner’s string parts add a sweeping, majestic feel to the song. The band made an amusing video for the number featuring larger-than-life masks (courtesy of Crombie, who was deservedly and capably in charge of the band’s visuals), but even in those MTV days it didn’t get a lot of showings.

“Doctor Love” (thankfully an original rather than a KISS cover) is not one of Finn’s stronger numbers, but the next track, “One Mouth is Fed” shows a growing depth in Neil Finn’s songwriting abilities. Finn evidenced an early ability to move beyond the standard love song for his lyrical themes, and this melancholy number with heart-rending lyrics is a prime early example of the sort of thing listeners would get more of (especially in 1988 on the second Crowded House album, the perfect Temple of Low Men).

“Years Go By” continues the high level of quality. The yearning Finn vocal reeks of regret and sadness, yet it’s somehow upbeat. The song was a staple of the group’s live set in those days, as found on their The Living Enz double live CD (1985) documenting the Enz With a Bang tour (Finn was nothing if not direct in his titling of projects.)

As a farewell number, a band couldn’t do much better than “Voices.” The track has the feel of a credits roll, full of mixed emotion. The lyrics obliquely suggest there will be more to come, and indeed there would be.

In subsequent years, See Ya ‘Round was subjected to a simple tweak, one that changed the whole nature of how the album would be perceived: beginning with its 1997 CD reissue (again, not in North America) and continuing with other non-U.S. reissues, the sides were flipped. This configuration front-loads the album with Neil Finn’s admittedly stronger songs. The thing is, since original copies of the vinyl are relatively scarce, most contemporary reviewers have made the (mistaken) assumption that the track sequence was ever thus. Now, to be fair, this reordering does make for a more engaging road into the album (one that falls off a cliff musically with Side Two), but if you’re going to rethink an album’s tracklisting, why not go all the way?

A 2006 reissue added a track from (roughly) the See Ya ‘Round era, the excellent non-album cut “Next Exit,” a song previously available on the various artists compilation Maiden Australia. The fact that this is a Tim Finn-led Split Enz number doesn’t seem to have dissuaded the compilers from adding it.

So that was the end. Spilt Enz broke up shortly after the album’s release, and though they continue to reunite every five years or so for some live shows, the members went on to other things. Rare on vinyl and nearly as rare on CD, See Ya ‘Round is an overlooked album in the Split Enz canon. Admittedly flawed and poorly sequenced, it’s one of their least commercial releases, and can be seen as a disappointment. But Side Two nearly makes up for all the sins of Side One, and the album deserves a hearing by anyone remotely interested in Split Enz or Crowded House. Like CCR’s Mardi Gras, it deserves more notice and respect than it has gotten. So reconsider, baby.