Here’s One You Missed: Randy and the Bloody Lovelies – Lift

Here’s a review I wrote for a now-defunct national print magazine back in 2007. The disc is still available if you search hard enough, and it’s worth your time. The band all but disappeared after this release — their second — and that was that. 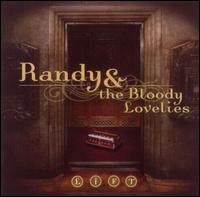 The album’s opening couplet “Oh if you kill or steal or lie / you’ll go to L.A. when you die” might be a tipoff that Lift is headed for smart-aleck territory. In fact the lyrics sketch out situations and character studies, but the emphasis isn’t so much on irony or humor. If Ben Folds had a Missouri drawl and was influenced more by Billy Joel than Burt Bacharach, he might sound like Randy Wooten.

The album features all sorts of ear candy, wrought forth from Mellotron, pedal steel, fiddle and more. “Under Starlight,” the album’s longest and best piece, with beautiful string arrangements straight off John Lennon‘s Imagine LP, feels like an perfect album closer…but it’s not the last track. That honor goes to “Cobblestones & Gin,” a song that channels (again) early 70s Elton, and sounds like a deep album cut.

The more upbeat numbers are sequenced toward the front of the album to draw the listener in, yet there’s not a weak cut on the disc. This is one of the better albums of its type; it’s on a par with the New Radicals‘ 1998 release and Owsley‘s 1999 debut, both remarkable albums that made nary a dent in the marketplace. They deserved better, as does the warm and wonderful Lift.