Like anyone who does what  I do, I get sent a lot of music. MP3 files, CDs, and occasionally vinyl.  Sometimes it takes me awhile, but I do listen to all of it. By “all of it” I don’t mean to imply that I play every disc all the way through. Some, I quickly identify as trafficking in a style that’s outside my area of interest and/or relative expertise. Put another way, if a death metal or Grateful Dead wannabe album somehow makes it onto my desk, I’m not likely to play the whole thing. Instead I’ll listen to all of the first track, then the beginning thirty seconds or so of the next few. While that’s certainly not enough to make an informed judgment as to the album’s virtues, it is enough to clue me in as to whether or not it’s a good fit for review consideration.

That said, you’d be surprised at how patently awful some of these discs are. And the category/genre that seems to have the poorest signal-to-noise ratio is the really way-out stuff. As one of my musical heroes, John Lennon, was credited as saying, “avant garde is French for bullshit.” And let’s face it: he’d know. 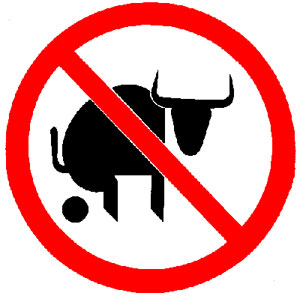 One album I got not long ago — I didn’t review it and I won’t say who it was by — was perhaps the worst thing I’ve ever heard. It was deadly-serious musique concrete. Now, the thing is, I sometimes like that kind of thing. While I’m not always in the mood for John Cage, Edgard Varèse, Karlheinz Stockhausen, Terry Riley, Eno, Philip Glass etc., there are times when I dig their efforts. (Especially Brian Eno, the lone artist on that laundry list with a pop sensibility.)

Anyway, this album was forty-five minutes of clatter. And while I’m willing to accept the possibility that the artists involved are masters of their instruments, this was a textbook example of what-the-f**k.  There was no seeming musical or spatial relationship between what one player was doing (randomly banging on percussion allsorts) and what another was doing (randomly banging…you get the idea). It was the sort of thing that didn’t merely turn me off: it actually made me a little mad. How dare they steal my time, I thought. Who would bankroll such a waste? It was humorless, boring, pretentious trap-kit claptrap.

From there, it was off to listen to something to soothe my nerves. Something with exponentially more musical sense, more melody, more accessibility. That’s right: The Residents.

Luckily, my travels through new and previously-unheard music more often than not results in some lovely discoveries. Had it not been for the network of publicists, promoters, musicians and colleagues, I would have never discovered excellent music by artists as diverse as Tiny Tim, Ozric Tentacles, Them Bird Things, The Orange Peels, Jim Duffy, The Twilight Hours, Pugwash, Eloy, IZZ, and Knight Area. All have released new albums in the last eight months (of course Tiny Tim’s was posthumous, but it’s newly-released material). There’s pop, jazz, blues, psych, garage and progressive rock in that short list. And even some avant garde stuff…

Because not all of it is bullshit.