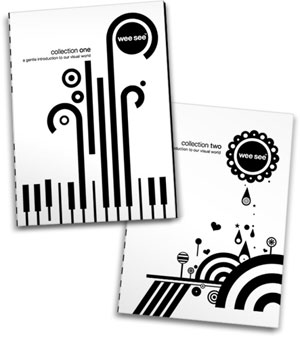 Tim DeLaughter is the endlessly creative front man and prime mover of The Polyphonic Spree, the feel-good orchestral-rock ensemble from Dallas TX. DeLaughter excels at a number of things; among these is his ability to achieve multiple and seemingly disparate goals through his chosen media. One example of this — and it’s the most obvious and readily available — is DeLaughter’s seemingly effortless blending of high-powered pop rock and soft-pedal quasi-religious messages. DeLaughter does so in a way that leaves the listener feeling good and uplifted, even if said listener has little use for deistic philosophies. Neat trick, that: to get a non-believing listener to sing along to the songs. DeLaughter manages this feat primarily because his music and arrangements and delivery are all so incredibly infectious (especially live); I defy anyone to witness a Polyphonic Spree concert and not crack a smile, not have their heart beat just a little faster. DeLaughter walks that tightrope and doesn’t fall. Not like, say, these guys.

DeLaughter is nothing if not ambitious. When he sets his mind to a project, he puts himself into it completely. He and wife Julie Doyle financed the recording of the last Polyphonic Spree album (2007’s The Fragile Army) largely out of their own pockets.

With that background in mind it should come as little surprise, then, that when Tim DeLaughter involved himself in the creation of a pair of early childhood development DVDs titled Wee See), the results would be nothing short of stunning. These two DVDs — each of which runs about 40 minutes — provide visual and auditory stimuli for the very young. Deliberately-paced moving geometric shapes in glorious black and white provide what the packaging aptly describes as “a gentle introduction to our visual world.” A black square appears, slowly rotates, and is then overtaken by a white circle. Tiny black squares appear, then elongate into stripes, then morph into something else. Infinite variations on this fill the DVD, and it’s never once repetitive (and, as I discovered by accident, it’s randomized, so repeated viewings are never the same). It’s all glacially paced, yet endlessly fascinating.

DeLaughter provides the musical score for the project. Precisely timed, the spare instrumentation (synthesizers, sampled and “found” sounds, the occasional strum of an acoustic guitar or banjo) is beguiling. These aren’t melodies per se; the presentation is far too placid for that. These are simple musical/sound effect accompaniments that serve perfectly as an aural counterpart to the visual shapes. The web site describes the DVDs as “part art installation, part pacifier,” and that’s about right.

Now, I’m neither the parent of an infant nor a consumer of illicit substances, but — shall we say — in my distant past (though not at the same time!) I had some experience in both areas. And drawing on those hazy memories, I might suggest that those with a foot in either of those camps (but please! not both!) might well enjoy these DVDs. There’s something inescapably…psychedelic abut the Wee See DVDs, and while I would never suggest that DeLaughter had this in mind while developing the videos (with New York based visual artist Rolyn Barthelman), the Wee See videos are oddly mesmerizing (as in, “wowwww, maaaaan”) for adults. Preview the videos at the weeseeworld.com site, and you’ll get a good taste of just how appealing the world of Wee See really is. A delight.